By Noor McCaffery and Graphic Staff 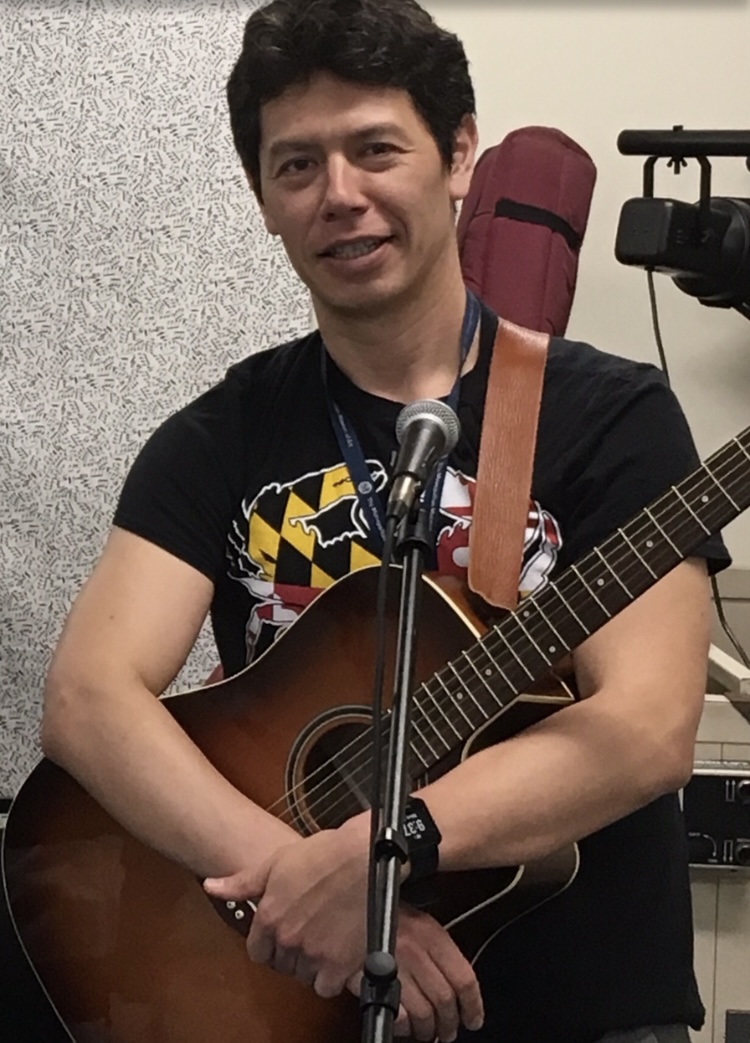 Mr. Suzuki is not just a music teacher, he's in his own band.

Suzuki grew up in Japan until age 18. “I turned 19 in the states while studying double bass performance undergrad in Georgetown, Texas,” he said.

Before entering the teaching field, Suzuki worked for a Public Works Department (highway), as a freelance bass player, and as a waiter. He was also an adjunct bass professor for a time.

Suzuki started off his teaching career at the Pioneer Valley Chinese Immersion School school working as a paraeducator.

But when the principal noticed music on his resume, he was asked to teach music. He was developing a chorus class at the middle school level there for a year before being hired as a music teacher full-time.

“It was hard because I had never done anything like that before and I was creating the curriculum,” he said. Once a full-time teacher of music, he stayed on for 12 years.

This may be because Suzuki has always loved music, saying for him it is “a form of self-expression even better than words or sports.”

At ARHS, he noted that the ensemble classes bring the “joy of coming together as like-minded people to make amazing works of art.”

Suzuki’s mission as an educator is “to connect with students to make a positive difference” in their lives.

So far, he said the positives of working at ARHS are that he feels “valued and appreciated” and the “students are amazing.”

When not teaching at ARHS, he plays in his own band, which he joked is part of his “healthy midlife crisis.” His other hobbies include writing songs and exercising. He even ran a half-marathon in Brooklyn, NY.

He is married to his wife, Ariel, a band teacher in the Amherst elementary schools, whom he describes as “super-friendly.”

“All her students love her,” he said. “She is the strongest person I know and she is my rock. Their children are Asa, a sixth grader, and Ella, a third grader. The family also has two large dogs, Ginger and Zuzu, and Atticus, a “super friendly orange cat.”