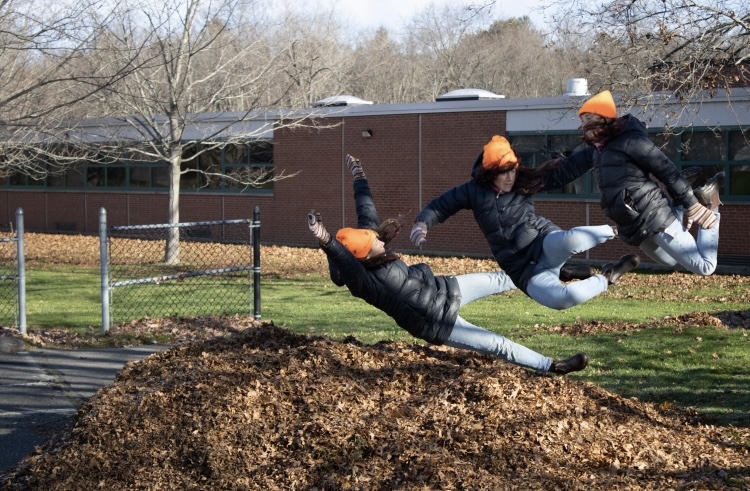 Elena Betke-Brunswick, one of the newest additions to the ARHS art department, believes that one of the best parts of being an art teacher is being able to help students connect and fall in love with art. “It doesn’t happen all the time, but when it does it can be very satisfying,” she said.

Betke-Brunswick, born in Northampton, Massachusetts, recalls being drawn to teaching from a very young age. In elementary school, she would often spend her time drawing out classroom ideas and seating charts for her peers, even pretending to assign them homework and tests.

Later, during her time at Northampton High School, she did an internship at her local elementary school, an experience that left her wanting to pursue a career as an elementary school teacher.

“I was really excited about teaching, pretty early on,” she said. “I like working with students a lot.”

In college, her plans shifted slightly, and Betke-Brunswick found herself more interested in her college’s art department, rather than education. As a result of this, after graduating in 2007, she tried her hand at being an artist. This career was one that she really enjoyed, however, it did not provide immediate financial stability.

Therefore, she took up other jobs, the majority of which included teaching/subbing at local schools. She also started coaching Ultimate at ARHS at this time. Eventually, she realized that her true passion lay in both art and teaching, so she made the decision to go back to graduate school and get her master’s in education.

Upon receiving her master’s, she began working at the ARMS, teaching there from 2015 to 2021. Betke-Brunswick reflects on her time at ARMS fondly, for she believes middle school is a very unique and beautiful time in a child’s life, and she enjoyed watching her students grow both personally and socially.

She also found the faculty to be a highlight of her time at the middle school. “I was really grateful to get to be part of that community,” she said.

When Covid first hit, Betke-Brunswick was on leave having her first child, Eliza Rose. She described caring for a child during quarantine as a somewhat isolating experience.

Roughly a year later, while she was pregnant with her second child, Eliot Zinna, she began teaching online art classes at the middle school. Caring for a toddler and teaching classes, all while being pregnant, was understandably difficult.

However, she was thankfully able to get help from her parents, who would often watch Eliza while she taught a class. “I felt really grateful that I could be pregnant at home, with my kids, and also for the support that I received from [their] grandparents,” she said.

At the beginning of this year, Betke-Brunswick began teaching full-time at ARHS. Although having worked here for only a relatively short period of time, Betke-Brunswick can already say that she loves coming to work every day.

She attributes this mainly to her students, who she admires and enjoys getting to see each week. She also notes that the teacher-to-student relationships are somewhat different when working at the high school versus at the middle school. “There’s another level of trust and independence between students and teachers in the high school as compared to the middle school,” she said.

Additionally, she attributes her love of work to her phenomenal colleagues. From her first day of work, she describes feeling nothing but support from her fellow teachers, many of whom she has already had the pleasure of working with at the middle school and as a student teacher at ARHS.

Furthermore, Betke-Brunswick believes that the culture in the high school is a very strong and welcoming one, and she enjoys the community among the art teachers here. “We laugh a lot,” she said.

Betke-Brunswick loves being an art teacher because she feels that it grants her a lot of freedom as an educator, and because it is a space in which she is able to really connect with students and learn about their lives and unique perspectives. “One of my main goals as a teacher is to create an environment where students feel comfortable being themselves and have the space to be creative and expressive,” she said.

When reflecting on a class that they had with Betke-Brunswick, yearbook production student Ivy Lau agreed that her teacher has successfully created this safe environment for students.

“She’s one of those teachers you can feel comfortable talking about a problem you’re having in school, an assignment in her class, or just in general if you want to vent,” said Lau. “She’s a great listener and tries her best to give good advice to her students.”