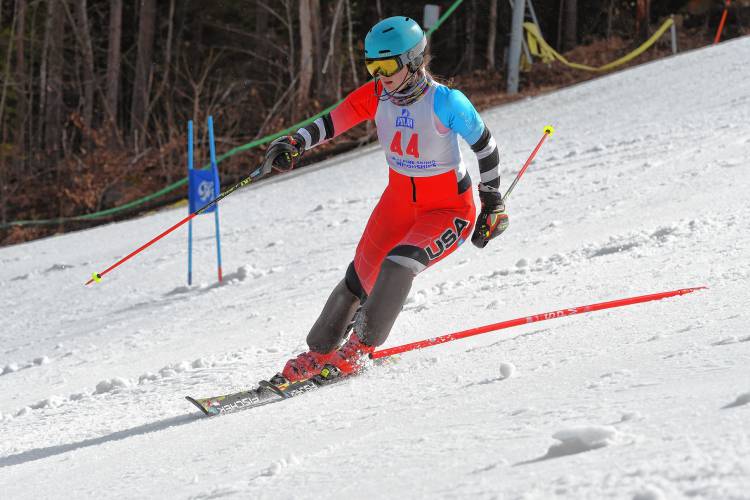 At ARHS, the alpine ski team is full of hard working, talented athletes. They stand out from other teams, because though they enjoy winning, they focus more on having fun and cultivating a positive mindset.

If you’re thinking of joining the team, you’re in luck, because anyone can try out.

Some of the standout athletes on the team include Nico Christakos, Sora Green, Sea Kay Leung, and Vivi Bernier, who “all qualified for the State Championship race this season,” said Coach Peter Vamosy.

The captains on the team are Christakos, Green, and Maya Weilerstein. “They mentor younger members of the team and lead drills in practice,” according to Vamosy.

Vamosy’s approach to teaching others about this sport is “to work hard, sharpen their skills, and have fun!”

A glimpse into what a regular practice looks like is split into two parts. The team does dry land training from Thanksgiving to Christmas. They also do conditioning and weight training at ARHS with social studies teacher and assistant coach Gloria Davis.

During the “on-snow” portion of the season, the team rides up to Berkshire East on Tuesdays and Thursday to run gates, do drills, and free ski.

The season accomplished their goal of finishing in the State Championships in early March. Christakos came in an impressive 16th in the slalom; Leung, Green, and Bernier also placed in the slalom or giant slalom.