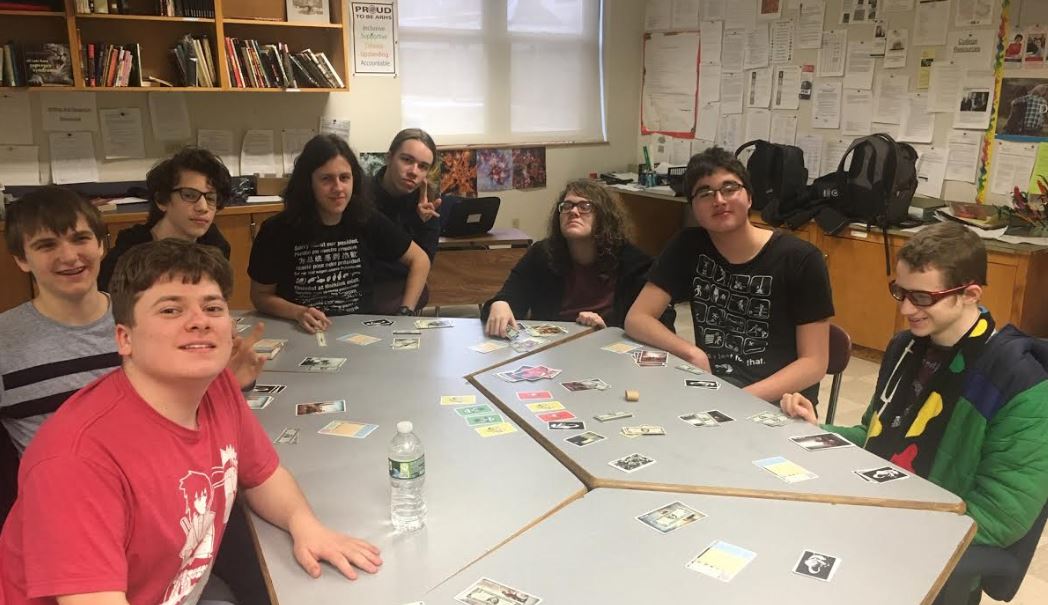 Members of the Game Club, in Kathy Olson’s room, on a Thursday afternoon in January, playing an exciting, competitive table-top game.Photo: Sara Barber-Just

Are you passionate about video games and tabletop games?

Do you want to have fun in a welcoming, relaxed environment? Would you like to learn how to play Super Smash Bros.?

Then ARHS’s Game Club is the place for you!

The Game Club meets in Room 191 on Mondays and Thursdays.

“Mondays are more about large-screen group Smash games and other video games, but not exclusively,” said club advisor and AIMS teacher Kathy Olson.

“Thursdays are more about tabletop or group role-playing games, but some people like individual or small group games,” she said.

There are also role-playing games like Dungeons and Dragons.

Students are also welcome to bring games of their own.

“Super Smash Bros is the best game ever made,” said hall monitor Dao Phuthavongsa, one of two staff members responsible for the expansion of Game Club to Mondays.

“The Smash Bros community really wanted a place where we could meet,” said Albert Artruc, aka BMO.

“There is no limit to how many kids can come but on the big screen, only about 8 can play at a time. So, people can bring their own switches and have games on the side,” he said.

“We’re all just coming here to have fun,” said junior Saliim Saulsberry. “We do play competitively, but at the end of the day, it’s just about having fun.”

“Games Club has become my love letter to the gaming world. This is so much bigger than video games and board games,” he said.

He added, “This is about coming together to make memories that will hopefully stick with us forever. “No matter who you are, you will always be welcome.”