Bear sightings in the area 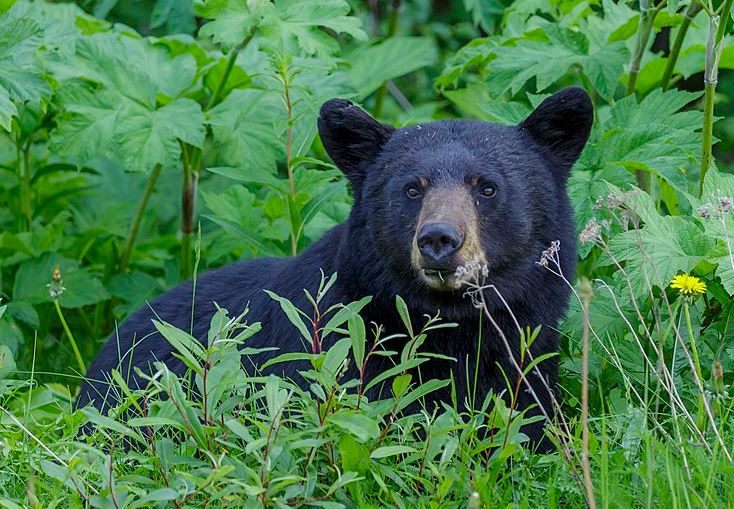 In the spring of 2019, ARHS senior Zora Dallmann was hiking in the woods near her house with her cousin when she came across a baby bear. Dallmann’s cousin is from Arizona so she said he was “not used to seeing animals from around here.”

“We heard a giant rustling and [my cousin] said really calmly, ‘Zora I think there is a bear.’ We turned around and saw it,” Dallmann recalls. “We were scared the mama was coming so we clapped and sang to scare the baby away.”

Dallmann and her cousins’ reaction to seeing the bear was the right one. Here in New England, we only have black bears, which are the most peaceful breed of bear. If you come across one of these bears in the woods, the best thing to do is get as loud and energetic as you can, to deter the bear from coming your way.

Even though Dallmann had such a close encounter with the bear, she doesn’t fear them. “I love bears,” she said. “I am scared of mama bears though.”

Dallmann named the bear Bobber and refers to him that way when she retells the story.

ARHS Sophia Jodka also had an experience with baby bears. However, for her there were two babies and a mama.

She typically sees these bears around her house about once a year. Jodka doesn’t have strong feelings about the bear sightings. “I don’t enjoy them, but I also don’t dislike it,” she said. If Jodka could say one thing to the bears she met, she would ask them “if they like living in Amherst Woods.”

Senior Geoff Doyle has also recently seen a bear, which he named Ethan III. He blames the bears’ attraction to his yard on the bird feeders. “We have a fence, but we have bird feeders too, that’s what attracted it,” he said.

Senior Stevie Alvarez has seen bears, too. “We put the bird feeders away [at night when] the bears are out and about,” he said, but they still knew food was on the premises, and they visit Alvarez’s house about once a month, typically at night.

“There were two of them in the backyard making a lot of noise wrestling around,” he said. “They seemed like a mother and cub.”

Attracting bears is a big problem here in New England. Bird feeders, fruit trees, compost, gardens, and even dirty barbeque grills are all things that can attract bears to your home.

There is a large misconception that the black bears here in Massachusetts hibernate through the winter. The black bears instead only go into a partial hibernation, and when they know that there are food and resources available to them, they will leave their dens.

That is why it is super important, even in the winter, to make sure that you aren’t attracting bears to your home.