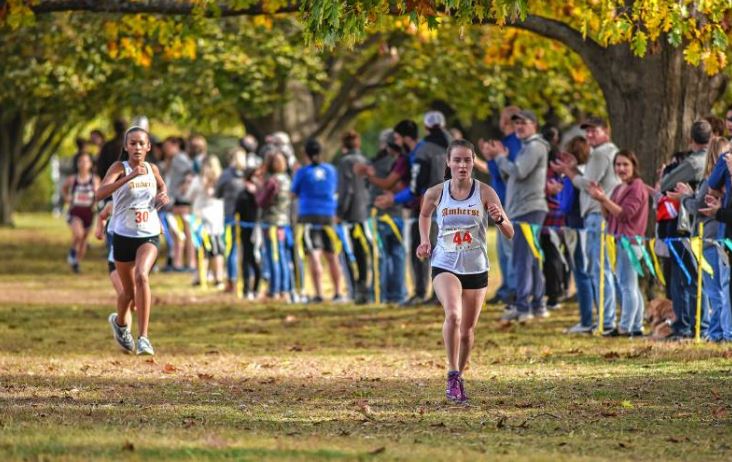 The ARHS girls’ cross country team has dominated over the competition for a long time.

The team won Western Mass for the last two years, and they are hoping for a third win this year.

However, they recently graduated some all-star seniors, including  Sophia Jacobs-Townsley, who won four-straight Western Massachusetts individual titles in high school, and finished fourth at the Division I state meet last year for the second year in a row.

This year’s team had to follow in those big footsteps, but they had a great season.

They won a meet against Northampton on Tuesday, October 15, in which senior Zada Forde placed second overall.

Forde is one of seven girls on varsity. She loves coming to practice everyday.

“Being part of a team can be extremely rewarding,” said Forde. “I think our team is an example of that.”

Practices are from 3:15 p.m. to 5 p.m., on Monday through Friday every week. The team usually runs low-medium mileage on Mondays, Thursdays, and Fridays, with long runs on Wednesdays and meets or invitationals on Tuesdays and Saturdays.

Everyone who wants to can run, and no cuts are made.

The team also doesn’t have designated captains, but the seniors are expected to be leaders.

Because no cuts are made, there are 30 girls running this year in total.

Forde said her main goal is to “push herself and have a good time with my team,” at an upcoming invitational in Vermont.

Elena Betke-Brunswick is the head coach of the team, and her main focus is “mental health and doing what’s best for yourself,” said Forde.