Patience and perseverance: the lure of fishing 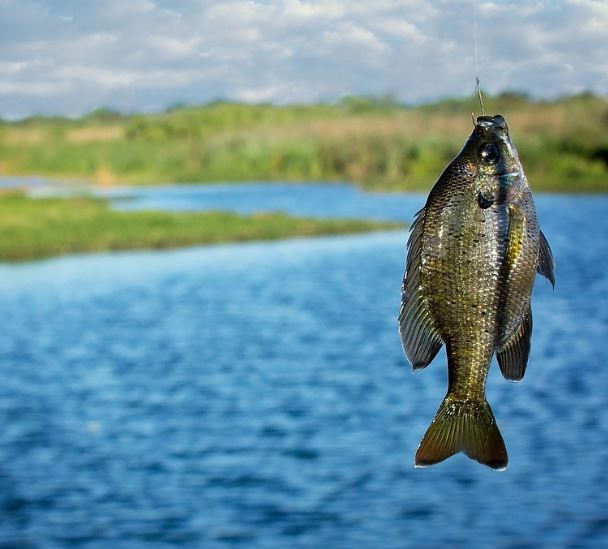 Hunter Wolfson started fishing at a young age, about 2 or 3, he said.  “I kinda just grew up on it. It’s like a family tradition,” he said.

He has continued to pursue it to this very day and now is a junior at Amherst Regional High School.

When asked why he loves fishing, he said, “It’s relaxing. It’s just fun to do by yourself or with your buddies [and] it’s satisfying when you catch a big fish.”

Wolfson takes fishing very seriously, “more than most of my sports.” However there are a few downsides to it. “It’s not an all-weather thing, at least for me it’s not,” he said.

“My uncle and grandpa who have been fishing around here for awhile are the ones who taught me how to fish and they have secret spots where I catch my huge catfish,” he said. “I like bass more, though; they’re my favorite fish to catch.”

Wolfson has a whole rod and reel combo just meant for bass, and “top water bait is my go to,” he said. “ It’s the best feeling to see them strike it on the top of the water.”

Fishing isn’t just fun for Wolfson but it also helps him with other daily issues.

“It really helps relieve stress no matter the circumstance,” he said. “I also just love the sport so much. Whenever I’m fishing it just makes me happy.”

Wolfson has learned lots of lessons from fishing. “It takes a lot of patience, a lot of my money, and a lot of my time,” he said.

Wolfson would like to go fishing in Florida because they have a species of bass called “peacock bass” which are known for their bigger size.

There is lots more to fishing than people know.

Most people think they can go out whenever and catch a fish, saying that it looks easy.

However, there are lots more things to it: time of day, time of year, weather, temperature of water, type of bait, and color of certain fish.

There are many sites, and even programs, that are meant to help people learn about fishing. Junior Bass Nation is just one out of thousands of programs designed to teach youth how to fish.

Tyler Borrell is a sophomore at ARHS and he has been fishing since he was 4 years old.

But Borrell doesn’t take it too seriously, noting “there is a lot of luck involved.” This does not mean he doesn’t like the sport. “It’s definitely relaxing and peaceful,” said Borrell.

Borrell learned to fish from a friend of his. “I had a friend named Mike who was super interested in fishing so I decided to learn through him,” he said.

Now, Borrell’s main fishing buddy is his brother; however, he also likes to fish by himself. “For me, it’s more relaxing that way.”

Borrell’s favorite place to fish is in Colorado. “There’s a lake where it’s the original spawning ground for cutthroat trout and I love to fish there.”

“First off, it’s easier and I don’t feel like switching when I’m already good with one,” he said.

He favors brook trout, “because they are beautiful and give a good fight.”

What Borrell has learned the most out of fishing is “to be patient.”

“That’s definitely the biggest one,” he said. Borrell plans to keep on fishing until the “end of time.”

Stu Handel, a special education and social studies teacher at ARHS has been fishing his whole life.

“I was four years old and my family and I were camping,” he said. “It was the morning and my dad didn’t want us to wake everyone up. He took us down to the edge of the pond and taught us how to fish.”

“It’s a lot of peacefulness punctuated with moments of excitement. It’s also out in nature which makes it ten times better,” he said.

Mr. Handel has two kids, both of whom he is teaching to fish. “I’m hoping they will engage in the sport like I do,” he said.

Mr. Handel likes both spinning and baitcasting reels. “I use both but it depends on the technique. If I want to throw a finesse jig or something more light, I tend to go with a spinning rod,” he said. “For a baitcaster it’s the opposite; hever baits like kranks are what I prefer for baitcasters.”

Mr. Handel learns all these things through his experience with lots of tournaments.

“I’ve won a couple of tournaments last year that really kicked off my learning and took  me to a new level,” he said.

This has created new goals for Handel.

“From winning those tournaments, we went up a league; it now is a lot more difficult,” he said. “I want to be able to consistently win in this league which means improving in more effective and efficient fishing methods.”

These tournaments aren’t a one man job, though.

“Julian Burgoff is one of my go-to fishing guys. He has a bass boat which we take out to these tournaments. My other go to is Nick Shaw,” he said. “He is big time on fishing. He’s an expert on the Quabbin so we head out there a lot.”

No surprise, Mr. Handel considers this one of his favorite hobbies. “I would say coaching football and fishing are my two main hobbies,” he said.

Mr. Handel also thinks that fishing has taught him many important lessons for the real world.

“The most obvious ones are patience and perseverance,” he said.

Mr. Handel’s love for the sport won’t go away soon.

“They call it a lifetime sport for a reason,” he said. “Do it ‘till you die. Heck yeah.”