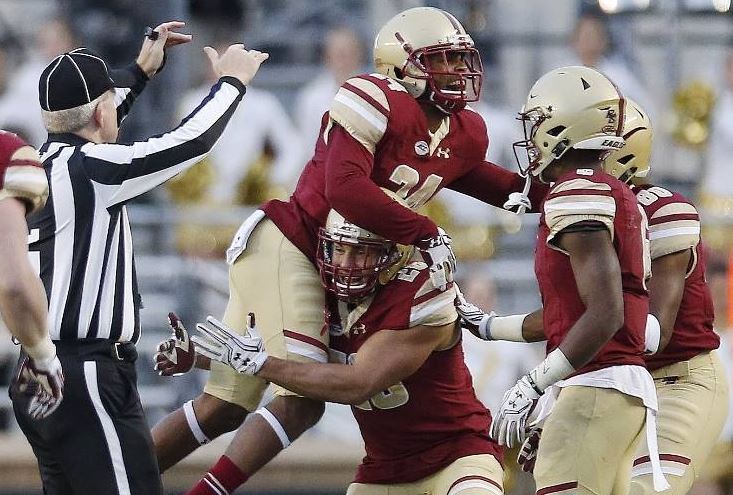 Taj-Amir Torres is a former Amherst High School football player who has taken his game to the next level, grabbing a slot in the NFL. He agreed to do a special interview for The Graphic about making it to the pro level.

After Torres’s high school football career he went on to play college football for Boston College and he recently signed with the Tennessee Titans.

Torres has been playing football for 12 long years and doesn’t plan to stop anytime soon.

When Torres was young he saw football on TV and that inspired him to play. ”I fell in love with the game and the players so that kinda inspired me to play myself,” said Torres.

His favorite thing about the game is “the violence” and the excitement.

Torres knew football was going to be his main sport by his tenth grade year in high school.

”I was really interested in basketball and then eventually I realized my basketball career wasn’t going to go as far as my football career,” said Torres.

His favorite level of football was college, where he played as a cornerback for BC. When I asked him about his high school football career he said, ”It was pretty good. We didn’t win as many games as we should have but I had a pretty good career, and I met a lot of good people and friends for life.”

His favorite subject in school was history and he had many different tactics to stay on top of his work.

“Just any free time I had,  I would stay after school and do whatever assignment I could,” he said. “I would take advantage of study halls and other things like that.”

His most memorable moment of football was his freshman year, playing against ARHS’s rivals, the Northampton Blue Devils.

When I asked Torres if he had to make any sacrifices for football he said, yes, absolutely.

“Sometimes on the weekends,  you might not be able to go out with everybody because you have games or just you’re working out everyday trying to reach a goal of playing at the next level,” he said. “You might have to sacrifice having fun with your friends sometimes.”

When Torres first learned he was going to the NFL,  he was very excited. ”It was great. I was surprised; it was a dream come true,” he said.

Throughout his football career, his biggest supporter has been his mom.

Torres has had a lot of great coaches but his most influential coach has been one from Amherst. ”I feel like me and Coach Thompson had a really special bond,” he said.

Throughout his career, he has always remained in love with the game. “No matter how hard it gets, that’s what makes it the best. If it’s easy, it’s not fun anymore,” said Torres.

Torres’s advice to all the young athletes is “stay in school, and do everything you can do to get your degree and further your education because football comes with a cost and people don’t play forever.”