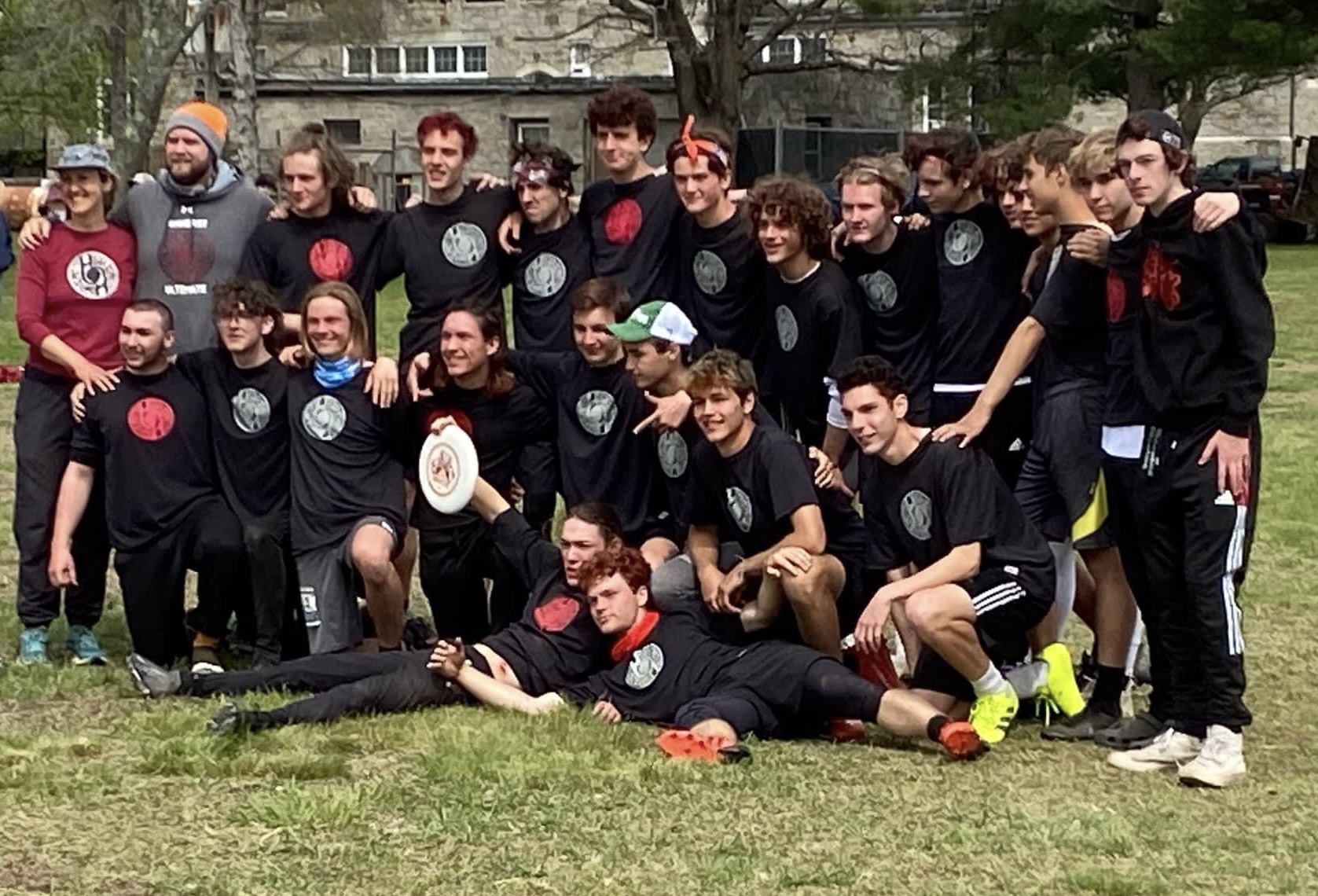 After making it to the finals at the Northeast Classic, the Amherst boys' varsity ultimate team ended up winning it all at the Amherst Invitational.

The Northeast Classic is a DIII college ultimate Frisbee tournament held in Saratoga Springs, New York. This year, the Classic took place on April 2 and 3, less than two weeks after the ARHS boys’ varsity team had their first practice of the season. Amherst was the only high school team to participate, and based on previous rankings was seeded 14 out of 25 teams.

Due to school rules not allowing for overnight trips, the weekend started at around 5 a.m. each day for most players. Following a two and a half hour van ride, the team was feeling both excited and anxious in the lead-up to their first game of the season.

The seniors had not played in a tournament since their freshman year, and for everyone else, it was their first time since they had become high schoolers. “We hadn’t competed in years, but all the days of pickup we set up for the program made it feel like we had been playing together for months,” said captain Louis Douville Beaudoin.

This effort and passion soon paid off with a 13-9 victory over SUNY Albany, followed by consecutive wins against the UVM B team, UMass Lowell, and Skidmore College to take first place in their pool.

“We didn’t really know what to expect for competition, but when we just kept winning it was clear we could take it all the way,” said Douville Beaudoin. Day one came to a close with the team eating dinner in the parking lot of a nearby Hannaford’s on the way home, and then it was on to day two when the vans left the high school at 5:45 a.m. the following morning.

Despite the demanding schedule, the Hurricanes started Sunday off strong, beating Rensselaer Polytechnic Institute 13-5. After a 15-minute break between games, the team faced off against hometown competitors Amherst College and came out with a 13-10 win. Moving on to the quarter-finals, the team’s growth could be clearly seen in their 13-7 rematch win over Lowell, a significant improvement from their 12-9 victory the previous day.

“I most enjoyed seeing how the belief in each other grew over the course of the weekend,” said coach Joe Costello. “A cultural tone was established that demonstrated our resilience and joy in playing that I hope will be a foundation for growth throughout the season.”

At 1:30 p.m., the Hurricanes faced 7th seed Rochester Institute of Technology in the semifinals. Although they were able to take the lead going into the second half, a serious injury dampened the team’s spirit and RIT was able to catch up. Although the ‘Canes were both physically and mentally exhausted, they were able to rally together and claim an emotional 15-13 victory to take them to the finals.

After they had a moment to celebrate and let their emotions out, coaches Leila Tunnell and Joe Costello informed the team that they had decided not to play in the finals.