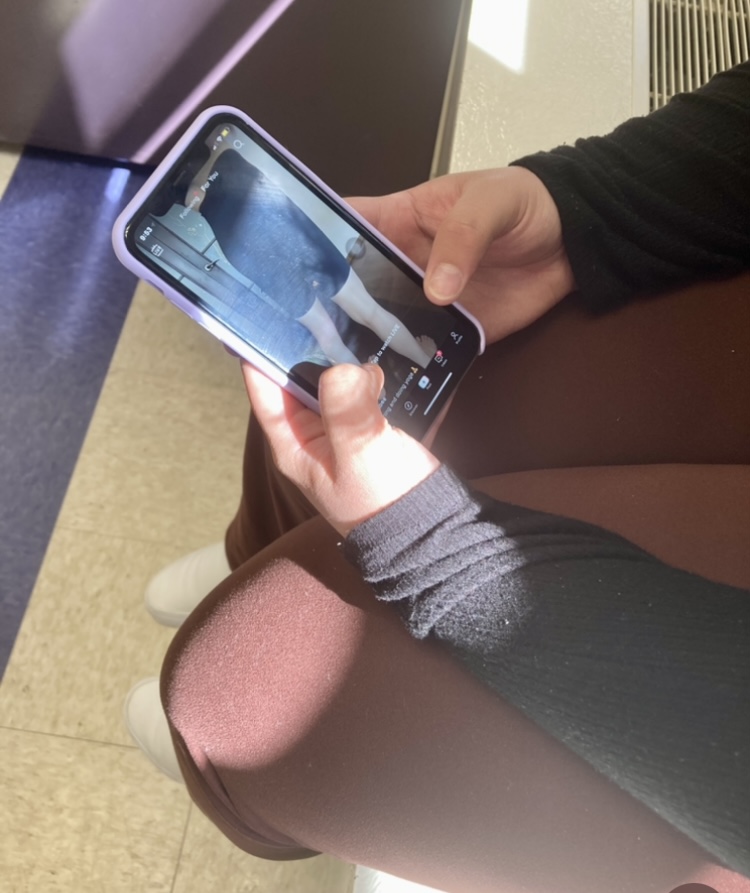 Most teenagers across the world use the social media app TikTok, a “short-form, video-sharing app” that allows millions of users to make and share 15-second to 3 minute videos on any topic. TikTok became even more popular during the COVID-19 pandemic as a way to pass the time while everyone had to sit at home by themselves. TikTok includes videos of people dancing, DIYs, comedy/humor, celebrity content, cooking demos, and people living their day-to-day lives.

TikTok also gives teenagers a new way to see and connect with people their own age and older—all over the world. While Instagram and Snapchat (which are also popular social media apps among teens) connect teens with people they know in real life and a sprinkling of celebrities, TikTok exposes them to millions of teens they don’t know on social media.

And because teens often compare themselves with others in even a small social or school setting, some say this wider exposure to other teenagers can cause insecurity and worries that others are more attractive or funny than you. The endless stream of wildly diverging short videos can also cause attention problems.

Many teenagers spend hours at a time scrolling through TikTok’s videos. They watch these videos on their “for you” page which includes videos an algorithm decides are dedicated to their tastes. Under each video, teens have the option to comment and view other comments, like, report, ignore the content, duet, and share.

When asked if they had watched TikTok for more than an hour straight, of the 10 teenagers I interviewed at ARHS, 80 percent said yes. Their feelings after doing this were largely negative. They used words to describe their mental state like “depressed, useless, and ashamed,” and senior Alvin Phin described it as “a rabbit hole you fall into and it’s a waste of time.”

However, some said it made them feel good. Bridget Griffin noted that she felt “great” after watching TikToks and Ava Lashway said she felt good as well. “I like cute old men who don’t know how to use TikTok and post random things. I also like old men who sing,” she said.

Vivi Bernier said it caused her to feel a mix of both good and bad. “Sometimes I feel unproductive after, but sometimes I feel good,” she said. “I don’t get to chill in bed and relax often so TikTok is an excuse for me to do that.”

Many people said they couldn’t stand the “hype house” creators or dancing videos that birthed TikTok, feauturing people like Addison Rae or Charlie D’Amelio, two young teenage girls who grew famous and now have millions of followers on all platforms.

Other content they despised coming into contact with on TikTok included Donald Trump videos and racist or upsetting content. Senior Linden Jimison said she wants to be entertained online, but is disturbed. “Seeing people saying mean things just makes me mad. It’s a waste of energy,” she said.

But senior Evan Dooley said he appreciates that he can get news, even upsetting news on TikTok. “I honestly learn a lot of news, including first-hand sources talking about the war in Ukraine,” he said, noting that soldiers and civilians in Ukraine have been posting videos that give people “new insight [and visuals] of on what’s actually going on, rather than a news station that can change the story.”