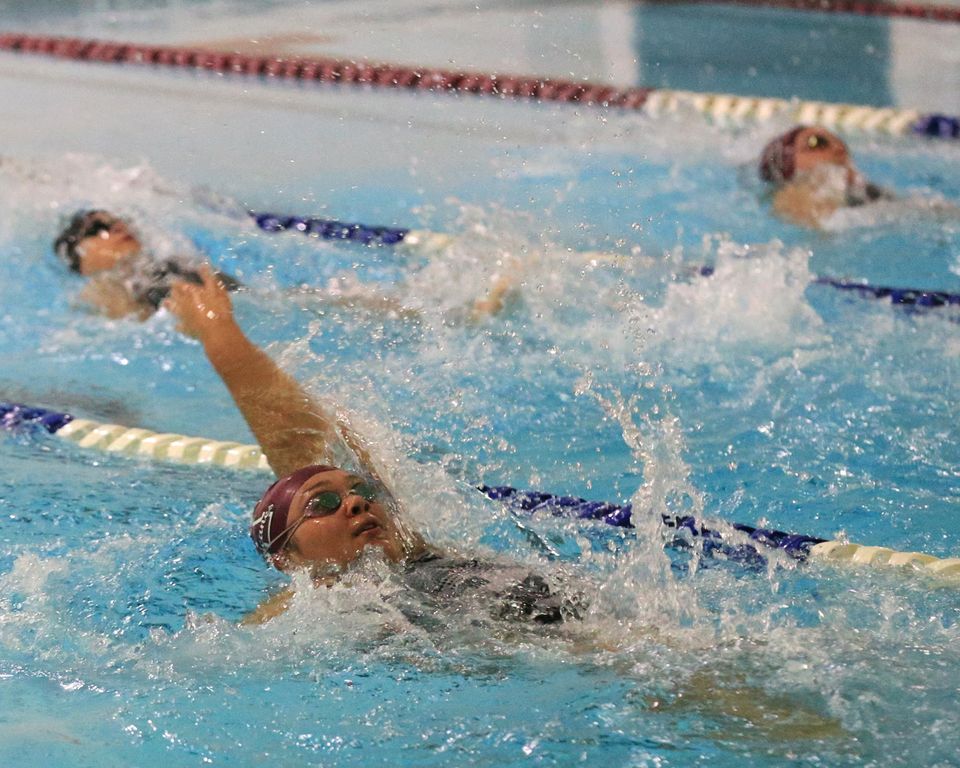 The Amherst Swimming and Diving team capped off an exciting season in February that had been filled both with great successes and fraught with disappointment.

“This season was challenging with a young team, where more than half our athletes were new to competing at the high school varsity level,” said head coach Jennifer Albertine.

“The girls team had depth, with 16 athletes, coming in second in the league, and having a great showing in the postseason championship meets,” said Albertine.

She noted that the boys’ team had only eight athletes, “who were never all present at a meet at the same time, making it a difficult season for them for scoring.”

Although the boys’ team lacked consistent numbers, making it hard to win at times, they made up for it in other ways.

“I eat, sleep, swim, and repeat,” said senior Yonatan Ben Chaim, who is currently less than a second away from the current ARHS 100 yard butterfly record.

These individual efforts all contribute to a larger goal, however.

“We win together and we lose together,” said ARHS senior diver Luca Brashear.

Brashear, who placed first in Western Massachusetts and second in the state as the team’s only diver, had quite the riveting season himself.

“Jason works me hard but he’s a great coach and mentor,” Brashear said.

Brashear also credited the program with shaping all aspects of his life. “Diving has made me the man I am today,” he said.

Coach Albertine is optimistic about the program’s future.

“The good news with having a young team is that we have a great foundation to build upon,” she said.

She believes the program will continue to get bigger and better over time.

“I am looking forward to building on this years’ momentum next season through growing our numbers and focusing on improving technique and performance,” Albertine added.