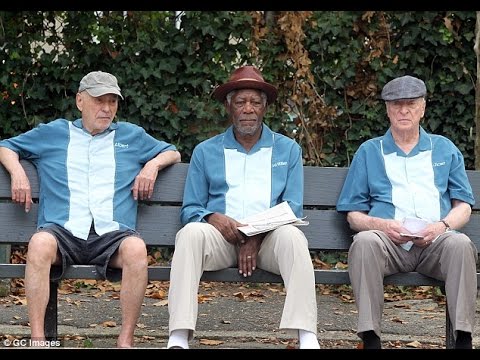 Going in Style, originally made in 1979, directed by Martin Brest, and now the 2017 version, directed by Zach Braff, was a comedy with a bit of adventure, that at the same time had a sweet undertone, involving the extent people will go for family.

Michael Caine, Alan Arkin, and Morgan Freeman play three broke, old men, who go through a financial crisis while dealing with other hardships that life throws at them, pushing them to have their last blast of robbing a bank.

If it wasn’t for the fact that these men are in their eighties, this would seem like a basic heist movie. There is the motivation for the robbery, the long montage of them planning the robbery, and then eventually you have the robbery in-action scene that finally shows you what they were planning during the montage.

Even though this movie has the qualities of an average heist movie, of course adding the comedy of the robbers being old, it was still different and had a more family oriented storyline that made you connect with the characters and feel their anger and sympathize for them when life hits them.

This film is definitely for an audience over the age of 12,  due to some inappropriate concepts, but still is a fun movie and I would recommend, if old enough, to watch this with your family. Overall, I didn’t think this movie had a complicated concept. It’s not the type of movie to really make you think, but if you’re just looking for a good comedy, something that’ll make you laugh, and still has a good story, this is the film for you.