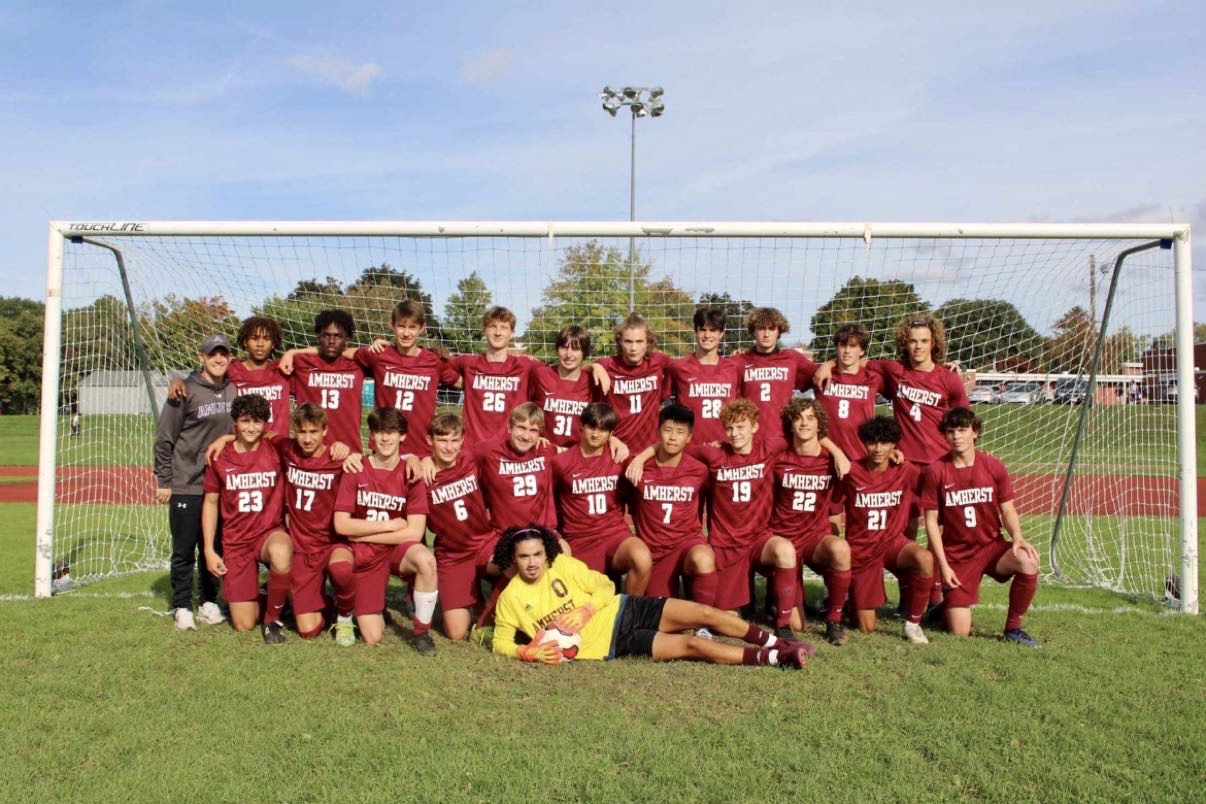 Although the Amherst boys’ soccer team didn’t have the most stellar year, finishing the season with a record of 6-10-2, Coach Matt Travis and Captain Arthur Vickery both enjoyed playing a leadership role and reflected on the team’s resilience.

At the close of the season in 2021, the team went to the quarterfinals for the state championship, so they had big goals for this fall.

Vickery said it was disappointing not to do better, but noted, “I think we made a lot out of what we had.” According to Vickery, the problem was that “we didn’t put what we learned from our mistakes into the games soon enough.”

Goalkeeper Yahsiel DeviDalomba agreed with his captain. “I think there was enough talent and motivation,” he said, “just not enough time to put the pieces together and improve during one season.”

Despite that, DeviDalomba and Vickery said one success was beating Westfield 3-0 at home in front of the “Canes Naysh.”

“Any home game is a highlight of the season if all your friends and family are watching and you know everyone is rooting for you,” said Vickery.

Both DeviDalomba and Vickery had a lot of positive things to say about their teammates and coach and vice versa.

“Coach Travis was exactly what we needed, ” said Vickery. “He has a great sense of professionalism and he’s similar to Coach Rudd who was able to watch us our freshman year.”

“We had a lot of talent this year,” said Travis. “Patrick Staudenmayer was a great asset as well as DeviDalomba in goal and also Inigo De Los Reyes.”

“Everyone on the roster played an important role, whether they started or came off the bench, everyone led by example,” he added.

Travis said when he reflects on the season, it’s not about the wins or losses. “More importantly, [it’s about] the life lessons that we prioritized along the way,” he said.