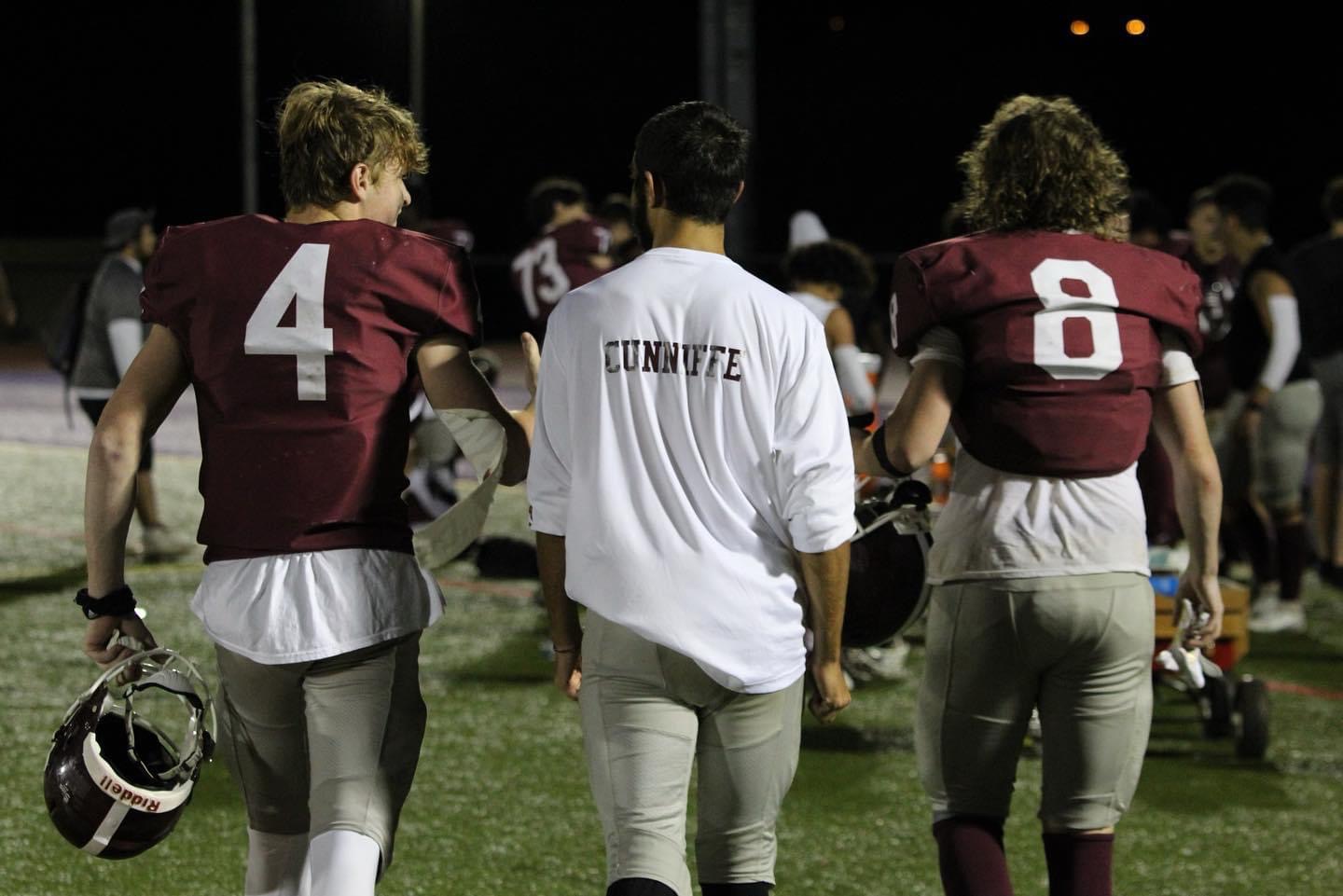 The ARHS high school football season finished the season off with a few comeback victories and a record of 5 wins and 6 losses.

Captains were juniors Jameson Dion and Neil Cunniffe and seniors Zaahid Mohamed and Max Frenette. They were coached by Vinnie Guiel, who leads the team in warmups that consist of stretching and running, splitting them off by position, and coming back together for drills and scrimmages.

“[Coach Vinnie] focuses on effort more than anything,” said Jensen Taylor, a wide receiver and cornerback for the varsity team, whose love for football started when he was younger “watching games with my dad.”

Of the captains, Taylor said, “they are all good examples.”

Amherst started the season off strong with an 84-0 win against Smith Vocational and Technical School. “It was something light,” said Taylor.

Junior Noel Kenny described the group as “a good hardworking team” and said the highlight of the season for him was “our comeback game against Holyoke and our game against Pittsfield.”

According to Kenny, “last year that game ran the score up so this year it was personal–and we beat them.”

However, their season was lots of ups and downs. “Some key players got hurt and we had a tough schedule,” said Taylor. “Every game we were the underdog.”

Kenny agreed that it was tough not to “have our starters because they weren’t healthy” or sometimes to “not play to our fullest.”

Despite that, Taylor said he loved the football season. “Football is a good way to make friends and have fun playing a sport you like,” he said. He plans to continue playing in college.