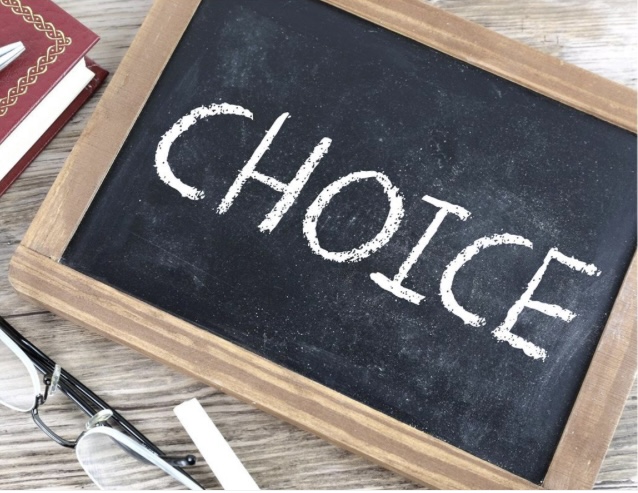 When students return from break in January, they will not be going to their regular advisories on Fridays. Instead, due to complaints from faculty and students about the advisory period being ineffective, students will be able to join a Choice Block based on their own interests and consisting of students from across all four grade levels.

The 40-minute long Friday choice blocks will consist of everything from storytelling circles to art or STEM clubs to affinity groups like the Sexuality and Gender Alliance. Quiet study halls with relaxing music and occasional cookies are on the table, too.

This change came out of a Professional Learning Group focused on revising the current advisory system. Music teacher Todd Fruth was a leader of that group.

Fruth said he actually loved advisory prior to the pandemic. “I’ve been fortunate to have two amazing cohorts in advisory, and I’ve enjoyed getting to bond and connect with students who I wouldn’t otherwise have in class,” he said.

However, Fruth said since we returned to in-person instruction, and especially this year, “advisory has often been frustrating, due to the lack of content, norms, and vision for the period.”

“Placing it at the end of the day on Friday furthered the impression that it was not something that the school community should take seriously,” “he said. “Many students do not show up, and those that do often just use it as a study hall.”

The PLG advisory group is composed of nine staff members including Fruth who want to make advisory better. They sent surveys to students and faculty to gauge their feelings about the period and to see if they had any ideas to make it better. “The results were very convincing; many students and most staff did not have a positive advisory experience,” Fruth said.

This brought up the idea of having students pursue what they were interested in and not just a study hall with random work. “We talked through things as a PLG and decided to explore this model going forward, and the administration agreed,” Fruth said

This is intended to be implemented for the start of the second semester and hopefully for the long term. Teachers will decide what activities are offered before December break, and students will select their preferences after we return from break. “We figured we needed to act quickly if we were going to make any meaningful change happen this year,” said Fruth.

Advisories that are “super tight and don’t want to be disbanded” could also stay together under this model if their teacher offers to keep that available.

People can also opt for a study hall if that’s what they want most. But students will not be able to “leave the choice block to go to another class for any reason.”

Instead, students will be committing to this activity for an entire quarter, and their attendance will be marked in PowerSchool,” Fruth said.

Anthropology teacher and Assistant Principal Sam Camera said “the administrative work to make this change mid-stream is quite a heavy lift but I think it will be worth it.”

Camera hopes we can “ensure that if all students sign up for advisories that they are interested in then the attendance will be good. If students fail to sign-up and we are placing them where there are openings it will not improve.”

Camera said the system seems to be solidly thought out “with many forms to fix or improve problems,” and is hopeful it will be a success.

Reshaping advisory wasn’t the only change proposed during teachers’ professional learning groups. Health and PE teacher Brittni Upchurch is also a fan of eventually revising the end-of-the-day Plus blocks, when students return to their academic teachers only once a week for 40 minutes, from Monday to Thursday (rotating between A, B, C, and D periods).

Upchurch believes that in the future, students should be able to see teachers they need more support from more frequently and also that students could be able to formally sign up for enriching activities during the Monday-Thursday end-of-day periods as well. This is a change that would require further planning and organization, though.

“We would love students to think about what they would want to see during that time, too,” she said. Her hope is that “the ideas from students” can become a reality.