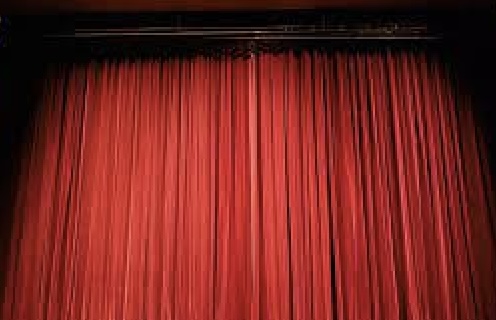 Producing a student written play can be a real thrill, according to those who've done it.

ARHS students are preparing for the 37th annual Student Written Play Festival that will debut on May 19 to May 21, 2022. Former English teacher and Theater Company Director John Warthen founded the student-written festival in 1986, and he was succeeded by John Bechtold, the current Performing Arts Department Head and Theater teacher at ARHS.

“[Warthen] believed deeply in the importance of highlighting the crucial, brilliant work of playwrights, and that energy has carried through to the present day in the Theater Company,” Bechtold said. Bechtold helped Warthen co-produce the festival in 2000 and took over for him a couple of years later.

The festival starts in late March where student-written scripts are selected from a pool of around 60 scripts (on average) both 10 minutes and one minute in length by a student jury. Writers not only create their scripts and characters, but plan on directing their plays if it is chosen. Students can spend years, months, weeks, or even hours writing a script to submit.

“A play I wrote two years ago was accepted this year,” said senior Meena Cunniffe, a dedicated member of the Theater Company. “For me, writing for Student Writtens starts with an image. If I get an idea of what I’d want to see on stage, chances are I’ll write it down and try to make it happen.”

Then come the auditions which start this year on April 12-13 and are open to all ARHS students. Traditionally, someone auditioning would read a small part of a script in front of the student directors. If cast, they would be selected for one of 25-30 roles and 21 separate scripts.

“It’s intimidating at first because some years all the directors are in the room during auditions, so you’re auditioning in front of like 20 people,” said Cunniffe, “but everyone is really nice and you get a cookie at the end.”

Other students who reflected on their auditions for the festival reported similar experiences. “It’s pretty simple and quick,” said senior Sophie Sweeting, who will be directing two plays in the festival this year. “Student Writtens is a super good way to get into theater, it’s pretty low commitment, the plays are short, and it’s a blast!”

The Student Writtens are typically the last theater production ARHS puts on to close off the year, so this audition season will be the last of 2022. “This might be the perfect production for new performers to take the leap!” said Bechtold.

Sweeting was right when she said that Student Writtens were low commitment. Only a couple of rehearsals are needed during the one and a half months it takes to get the plays on stage. One-minute plays on average take 2-5 rehearsals to perfect, and 10-minute plays might take around 7-10 rehearsals.

“Rehearsals are usually fun,” said senior Ruby Cain, a writer/director. “They are super relaxed. You might sit and talk about the play, rehearse it a couple of times. It’s an easy hour.”

The festival is traditionally held with everyone on stage, including the audience. Risers are put up on ⅓ of stage left for audience members to sit on and the plays are performed on stage right. In the last few years, the performances have been slightly different because of COVID, but they still haven’t missed a year. In 2020, the festival was held online and in 2021 the audience was seated in the house.

Each play is announced before it starts and ends with a song chosen by the cast and crew. It usually lasts an hour and a half with an intermission in the middle. The genres can go from a post-apocalyptic world where land-roving dolphins have supplanted the planet and worship a book on climate disaster written by Al Gore in the late 90s to a beautiful two-person musical about friends searching for an old prom dress in someone’s attic.

When asked what his favorite parts of the Student Written Festival are, John Bechtold said he loves “playwrights getting to see the thing that was only in their head a few weeks ago show up in front of them live and on a stage, watching actors get ridiculous, and the loud, happy audience that always shows up for this production.” The ARHS Theater Company believes that most people should try theater at least once in their life, whether it be tech, crew, or acting.

“ARHS has had an unusually large impact on the world of American playwriting. From the bizarre and brilliant plays of Madeleine George (’86) that have earned her national reknown to the ultra-realistic, simmering plays written by Pulitzer-Prize winner Annie Baker (’98), ARHS alumni work has had a palpable impact on the professional theater scene,” said Bechtold. “Wonder how that all got started? Look no further than Student Writtens.”