A historic season for the girls’ swim team 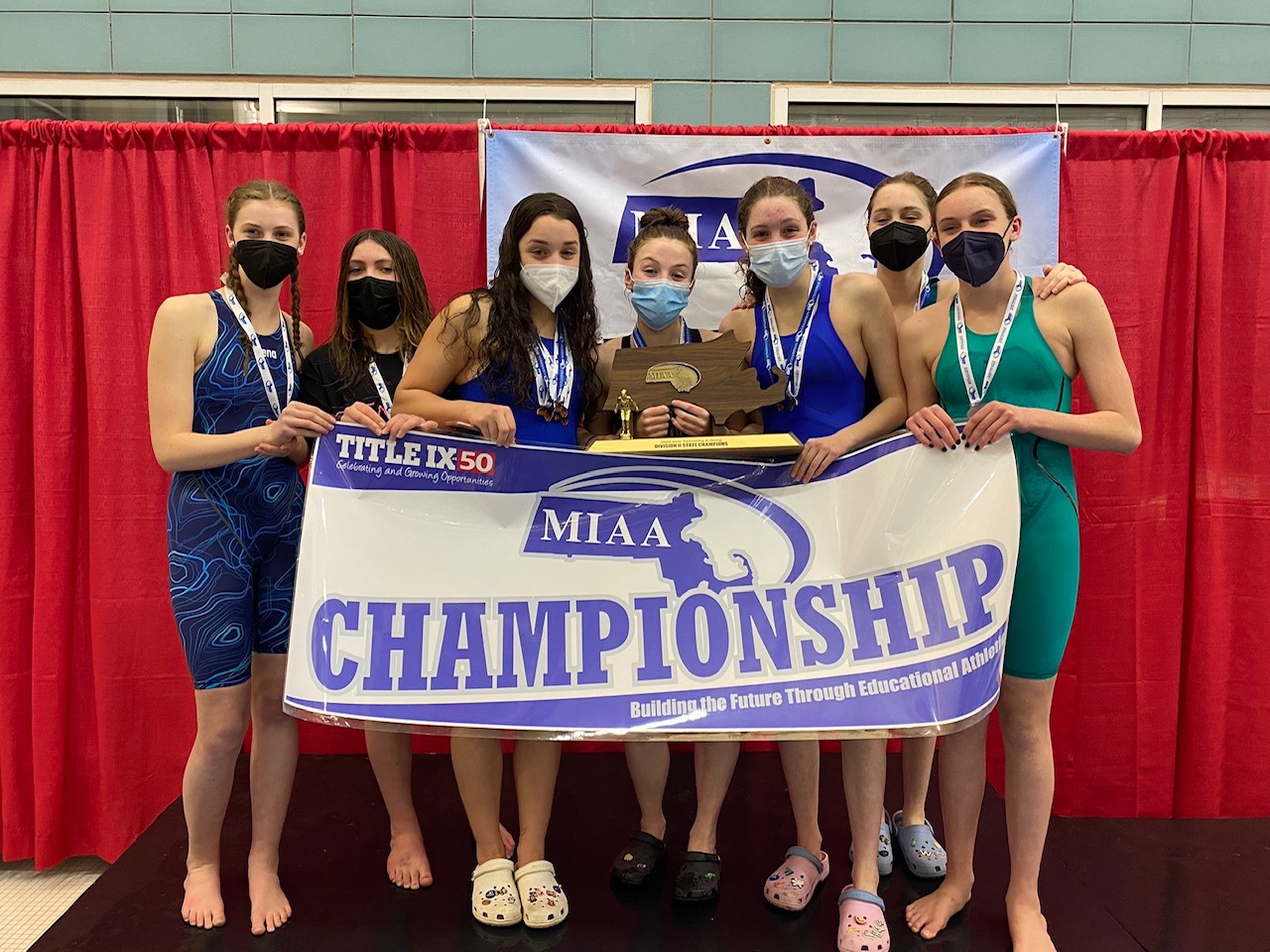 This year, the ARHS girls’ swimming team won the state championship for the first time in school history. The historic moment was due to many individuals’ hard work.

The captains of this year’s team were Baxter and Hennessey. “We do our best to keep a positive environment when we’re practicing and at meets,” said Baxter.

Though the team was dedicated to doing well, they were still surprised by the epic season they had. “If you had told me in the beginning or the middle of the season that we would win States, I don’t think I would have believed you,” said Baxter. “But all season I knew we could win Western Mass.”

After they did win,  they had a lot more confidence. “We are a small team, and in the beginning of the season we weren’t as motivated as we were towards the end,” Hennessey noted. “I wasn’t doing as well in the events I was supposed to.” But that shifted as their performances kept improving.

But of course, such big wins wouldn’t have been possible without great coaches like Gyselle Hennessey and Solomon Albertine, both ARHS grads who have siblings on the current team. “Our coaches are really young, both in college, and are past swimmers,” said Baxter. “They’re really open to listening to our ideas. If we tell them we’re hurting or feel like we need to work on something specific, they do their best to incorporate our needs into practice.”

“We create our own motivation on top of the motivation the coaches were giving us,” Hennessey added.

In addition to having great coaches, the team captains, Baxter and Hennessey, also played a leadership role. They organized team bonding activities like going out for frozen yogurt or fundraising together. “We also organized senior night and made sure everyone was in the loop,” said Hennessey.

One thing that helped them succeed was how much they supported each other and worked together. “I have so much love for this team,” said Baxter. “We really bonded this year, which I think really led to our success.”

Next year, Smith and Wells will be seniors and they are two to keep a close eye on. “We also have three rising tenth graders–Sophie Ziomek, Rowan Albertson, and Finley Chambers, all part of our States team this year,” said Baxter.  “I’m sure they’re all going to have amazing high school careers as well.”