Students weigh in on later start time and effect on sports 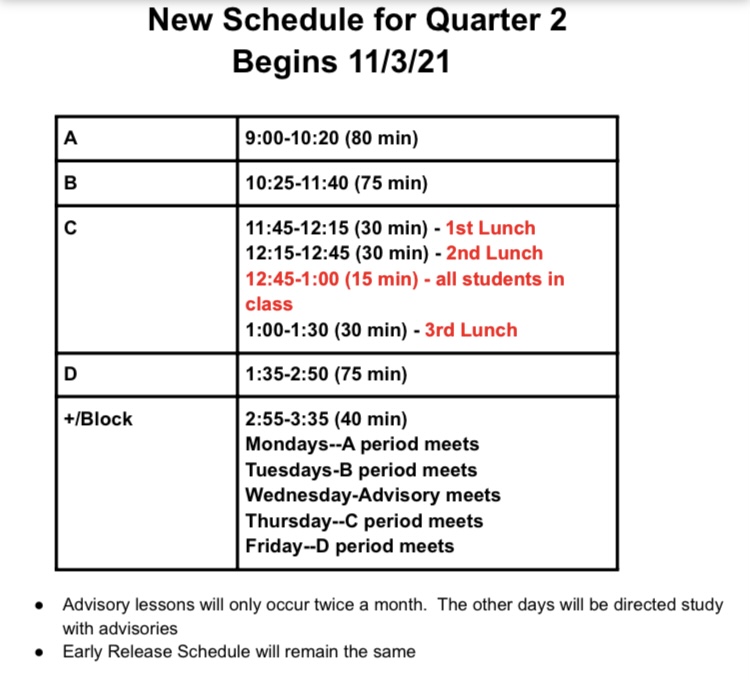 Juniors and seniors at ARHS remember the days when we woke up at the crack of dawn and started our school days at 7:45 a.m. and wrapped them by 2:20 p.m. Some of us were half asleep for the first few periods; others managed to work five hours after school before coming home for dinner.

The 2020-2021 virtual pandemic school year shifted perspectives and offered the opportunity to test out a later start, so the school opted for a 9 a.m. “go time.”

Many parents and students appreciate the later start, which was backed by research proving that sleeping longer and later improves student health and academic performance. A poll sent out to parents and students last year confirmed those positive views and strong support for starting school later.

Senior Peter Carlson-Belanger said he’s a fan. “I get more sleep and wake up later,” he said. “It feels like I have more energy throughout the day.”

Junior Ian Buchanan also agreed. “In the morning it helps to be able to wake up later and get more sleep,” he said. “And I enjoy waking up with the sun in the sky.”

Some sports teams also get to leave earlier during our “plus period,” a study hall from 2:55-3:35 p.m.that rotates between A, B, C, D, and advisory period teachers. “I believe this [plus block] is needed and is a great idea for athletes,” said Carlson-Belanger.

Although this later start time has some feeling better, getting out at 3:35 p.m. feels like a crunch for some student-athletes who have an hour and 15 minutes less time after school to do their extracurriculars.

Buchanan struggles with this. “When I get home, especially after games, I usually have enough time to do homework, but almost never have a good amount of free time.”

Junior Jenna Schilling dislikes that, too. “I have to rush through homework most nights because it builds up a lot of stress,” said Schilling.

Victoria Stewart, the Athletic Director, also weighed in on the new schedule. “The start time has made time management [in the evenings] for student-athletes even more prominent than in previous years,” she said, due to later practices. “Students who are involved in any type of extracurriculars should continue to use the ‘plus’+ periods to get any additional support if needed.”

Both Schilling and Carlson-Belanger have considered whether they should continue to play high school sports. Schilling said she was “worried I may fall behind in my classes” and Carlson-Belanger added, “with soccer happening during the fall semester of senior year, during college applications it definitely made me question if I could keep up.”

Although they had to make more sacrifices this year than any other, their love for their sports prevailed. “I love soccer, because of the speed and the team spirit,” said Buchanan. Carlson-Belanger praised “the community it creates.” Schilling gave props to “her teammates” and “the fun atmosphere” sports allows.

Senior Caitlin MacDougall decided to stick with her sport, too. “It’s fun to play field hockey and to be around a team,” she said.

Many people will have a different opinion on what their preferred start time is. Carlson-Belanger loves starting at 9. Schilling wants to “go back to the 7:45 start time,” since she said, “all this new schedule does is make me lose sleep.”

Buchanan and MacDougall dreamed of something in the middle, saying they both wished that 8:20 or 8:30 a.m. was an option.