Heading to the pool: testing for COVID-19 at school 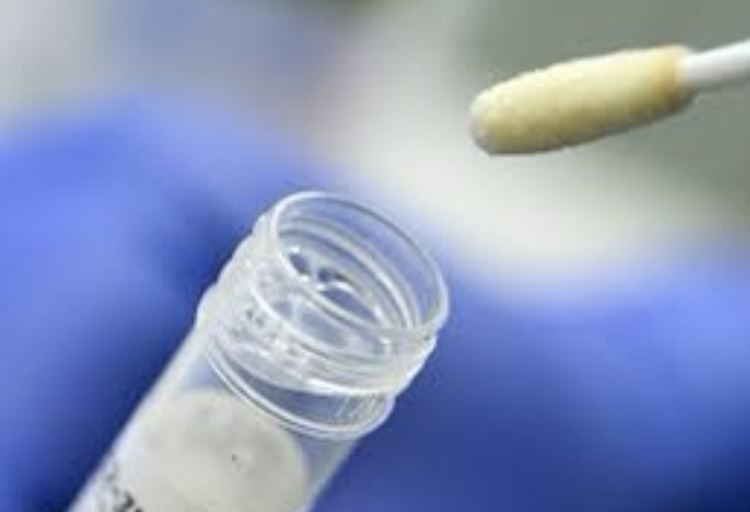 On October 26, at 9:30 a.m., dozens of Amherst Regional High School students were called from their classes to take COVID tests. These students had signed up to participate in a pooled testing program taking place at ARHS as well as other schools throughout the state of Massachusetts.

Robbin Suprenant, ARPS district nurse manager and ARHS school nurse, has been helping employees of CIC Health conduct pooled testing in ARHS. “I’m not the one that does all the testing,” she said, “CIC sends their people here to take care of it.”

“Originally, they actually wanted the National Guard to do it,” Suprenant said, but the ARPS district adopted the suggestion from DESE, the Massachusetts Department of Elementary & Secondary Education, to work with CIC Health. “DESE was already working with CIC, so it made sense to go with that plan,” Suprenant said.

CIC has facilitated more than 2 million COVID-19 tests, administered more than 1.2 million vaccines, and worked with more than 700 organizations in the US.

The current plan that ARPS is using for pooled testing sees CIC health employees working on a weekly schedule, going to different schools depending on the day of the week. At ARHS, CIC employees come in on Mondays to do all the preparations for testing, and they do all the tests on Tuesdays. After the tests are completed, the pools are left in boxes at the school to be picked up by a CIC Health courier at a later time.

There was virtually no reason for the School District to reject a pooled testing system, as it’s a historically reliable method. According to Darius Lakdawalla and Erin Trish, in writing for Smithsonian Magazine, COVID tests can consistently and reliably test not only single samples but pools of up to eight or nine people. In a population where only 0.1% of the population is infected, testing costs can be reduced by as much as 90%.

While it has not always been in the mainstream, pooled testing is by no means a new practice. It has been used to screen for sexually transmitted infections, as well as to test donated blood for things like the Zika virus and HIV. It’s a testing method that has been around for years and is widely supported in the medical community.

Pooled testing is a respected practice not only in the medical community but in our public schools as well. ARPS is not the only school district to adopt a pooled testing program. “The majority of the districts in the area are doing it,” Suprenant said.

So far, there have been no problems with pooled testing in the ARPS District. Not a single pool has tested positive, “and we’ve already had more than 1,200 students volunteer for the pooled testing program,” Suprenant said.

If a pool does test positive, all members of the pool will be notified via email and tested individually, and both Suprenant as well as Michale Morris, the Superintendent, will be notified immediately. “We would give them each a Binox Now Rapid Antigen (a 15 minute COVID rapid test), and we’d start contract tracing as soon as we know who’s positive,” Suprenant said.

While everyone connected to a positive pool will be notified quickly, the greater surrounding community might not find out until significantly later. “We would tell the town for data collection purposes, of course,” Suprenant said, “but we might not put out an announcement to the rest of the community.”

To this date, there have been no problems with pooled testing in the district.

The result of no positive pools seems to accurately represent the district population, as there haven’t been any reports of a COVID case since pooled testing has begun in ARPS. Students, staff, and families are in full support of the pooled testing system that has been put in place in the ARPS schools. “I really can’t say I have any criticism,” said Suprenant.