The time to end tracking is now 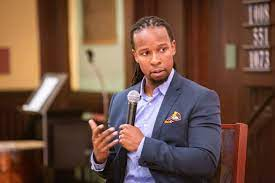 The author's own experience, plus exposure to the ideas of Dr. Ibram X Kendi, inspired him to reconsider tracking.Photo: commons.wikimedia.org

When I walked into the science classroom where I would serve as a teaching assistant on the first day of my junior year, I stopped in my tracks. Though my high school is predominantly white, the vast majority of those enrolled were students of color.

Our high school tracks students into three groups: College Prep (CP), Honors, and Advanced Placement. Before I agreed to be a CP teaching assistant, I would have said that this system was fair, that it was up to students and their parents to thoughtfully consider which track to pursue.

I also assumed that people were reliably placed according to work ethic and talent. I was sure I attended a school that provided equal opportunities for all students. Throughout the year, my thinking was profoundly challenged.

When I had initially struggled in my honors science class, years before, my teacher pulled me aside, encouraging me to stay with him after school to learn the material. I excelled in his class after receiving the support and ongoing encouragement I needed. In my experience in other honors classes, this was true as well. My teachers all defaulted to a view that the students were hardworking and capable, and reached out to us to help regularly.

In CP classes, however, I suspected the dynamics were not quite the same.

I worried then, and still do, that student struggles in a CP class can be more easily attributed to a lack of skill or insufficient effort, even when students are giving the material their all.

I decided to learn how our current grouping system came to be. I was surprised to learn that the NAACP had filed a lawsuit against the school in 1993, back when we had five tracks: Basic, Standard, College Prep, Honors, and AP.  The NAACP argued that students of color were being disproportionately tracked into “basic” and “standard” level academic courses. The result was a consent decree that required Amherst to eliminate these two lowest tracks altogether.

At that time, English moved to heterogeneously grouped classes in every course from grades 9-12, along with departments that had always been heterogeneous— Performing Arts, Art, PE, and Engineering and Technology, to name a few.

However, the core academic departments of science, math, social studies, and world languages sustained a system of splitting up CP and honors students in almost all ninth and tenth-grade classes and only occasionally introducing heterogeneity in upper-level electives.

Dismantling systems of oppression occurs when people not only care about an issue but do the work to affect change. While administrators and teachers at ARHS work tirelessly to promote social and racial justice throughout our school, the policy of ability level grouping still contributes to racial inequality.

I wanted to further my understanding and studies of racism in America, so I turned to a book entitled “How To Be An Anti-Racist,” written by Ibram X Kendi. He emphasizes that before any work can be done, we need to fully understand the definition of racism and anti-racism.

Anti-racism is a term I learned from Kendi, and one idea, in particular, stuck out to me: even if one has good intentions and tries to uphold their personal values of equality and justice, they can still enact racist policies.

In his book, Kendi emphasizes teaching the youth about anti-racism as a way to directly combat racist systems, those that advantage one racial group while disadvantaging another.

Recent studies have shown that race as a concept is understood by children at three and nine months, and then by three years old, they’re already interacting and operating in the world based on racist ideas in the same way adults are.

We need to teach kids how to be anti-racist from the youngest of ages, and educate them on the problems we face daily in this country. If we can do that, we will inspire children to contribute to a more fair, equal, and just America, one in which systems of oppression like tracking fade away.

Before I started as a TA, I firmly believed that ability grouping was helpful and necessary. But after observing a CP class and doing research on racial tracking in our town and across the nation, I now believe that we are standing by and letting a form of discrimination persist.

There is no one clear solution, but rather a combination of many smaller changes that will create a more equitable educational system.

Colleges not requiring SATs, equity audits, and more heterogeneously grouped courses are just some of the many steps we can take to end inequality in our school system and to create a safe, inclusive, and equal environment for all.