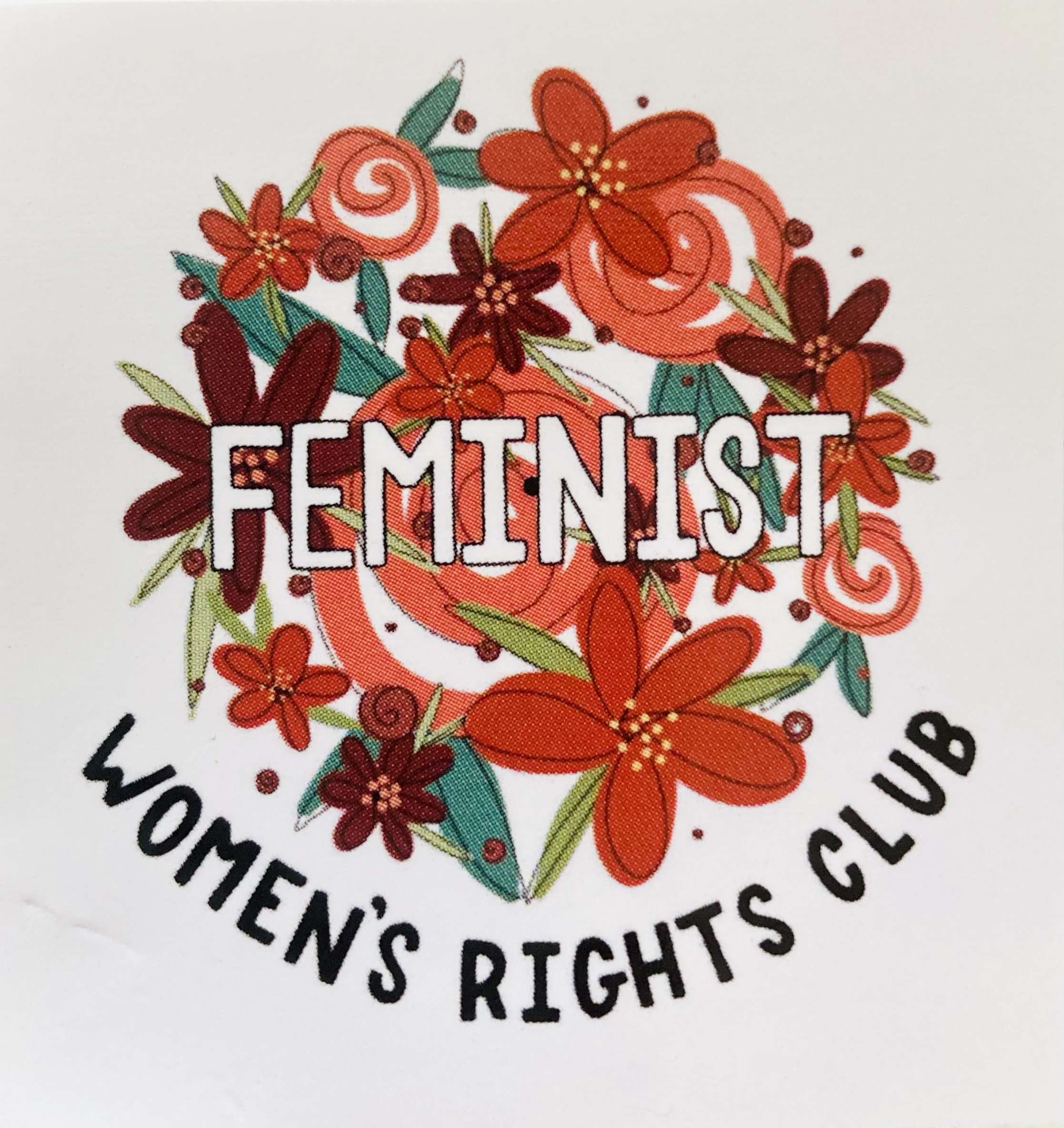 Even though the Women’s Rights Club is meeting online, they are still making waves. They raised $8,000 for the Amherst Survival Center through an online fundraiser, taking it a step further than previous years in order to support the center through the Covid-19 pandemic.

Maya Sessions is a senior at Amherst Regional High School, and a co-leader of the Women’s Rights Club, alongside seniors Olivia Cox and Ruthie Weinbaum. “We organize and plan events for the future, we’re usually doing all the technical and behind-the-scenes stuff,” said Sessions.

This week they are wrapping up their Social Justice Month discussions. Next month they are planning for consent week, which will include guest speakers, workshops and “hopefully [a] mandatory student advisory discussion about consensual relationships and what it means to give consent and why it’s so important.”

They hope to also open up discussions about sex trafficking, domestic violence, and predatory behavior online, especially from upperclass-students towards underclass students. The club is also planning to run a fundraiser for the Western Mass Mutual Aid Fund for transgender asylum in Northampton, Massachusettes, with the help of People Of Color United, another ARHS club.

Through Consent Week, people are able to share their stories of verbal and sexual harassment within the school. Sessions said, “[We are] a club raising awareness about gender-related issues, and benefitting our communities.”

Consent Week brings forward many conversations about serious issues surrounding consent and sexual violence that affect our school community and our wider society. “A lot of the messages that ring true in our general society still ring true in Amherst, despite what people may think,” said Sessions.

This year, Women’s Rights Club has worked really hard to recruit members. When Sessions first joined there was almost no one in the club. “Sophomore year, Aviva [Weinbaum] was like, ‘You and Taylor [Masteralexis] and Charlotte [Staudenmayer] are the only ones left so here’s the club,’” said Sessions.

Now the club has grown to roughly thirty people. “We [have] held multiple thirty person discussions, [and] got so many positive responses from that,” said Sessions.

Crystal Hope Garrity is the co-advisor of Women’s Rights Club, as well as the guidance office secretary and the yearbook advisor. She and Academic Achievement Center headAlyssa Ranker took on advising the club this past year.

Garrity has a goal of empowering young women. “Teenage girls are the most undervalued and underrated source of political power in the nation,” she said. She believes that when teenage girls come together to oppose something, they are able to incite powerful change in their communities.

Olivia Cox, co-leader of Women’s Rights Club, described herself as, “not really a natural leader.”

“But being in Women’s Rights Club, being a leader, has helped me come out of my shell by leading other powerful women,” Cox added.

Ian Buchanan, a sophomore in the club, has found that being a part of Women’s Rights Club has made him more aware of his role in society. “When I go to Women’s Rights Club, I listen to what women have to say, and I reflect and learn from these discussions.”

Myles Powicki, a sophomore in the club, said he too has found his place in the Women’s Rights Club community as one of the only male-identifying students. “A lot more men are feminists than we think of,” he said. “Feminism isn’t anything big or radical, it’s just the thought that women are equal to men.”

McKenzie Fitz, a senior in the club has discovered the importance of intersectionality in women’s rights. “As an Asian American woman myself, I am so happy that I have gotten to be part of this inspiring, conscientious and accepting community.”

For next year, Women’s Rights Club wants to hold another pad and tampon drive for the Amherst Survival Center and hold a vote to elect new club leader(s). “We can explain to them how we’ve been working so they can run as smoothly as possible and take it wherever they want,” Sessions said.

Though Women’s Rights Club does a lot of big projects, as seen by the school and the general public, Sessions thinks that attending meetings and being part of discussions is also incredibly valuable.

Anyone can join, at any time, and come with any amount of frequency. “Our club [has] meetings where we plan projects and people see those, but I think even just our small discussions can be even more valuable, a lot of people could benefit from coming to them,” she said.