I’m not throwing away my shot: students talk joys of vaccination 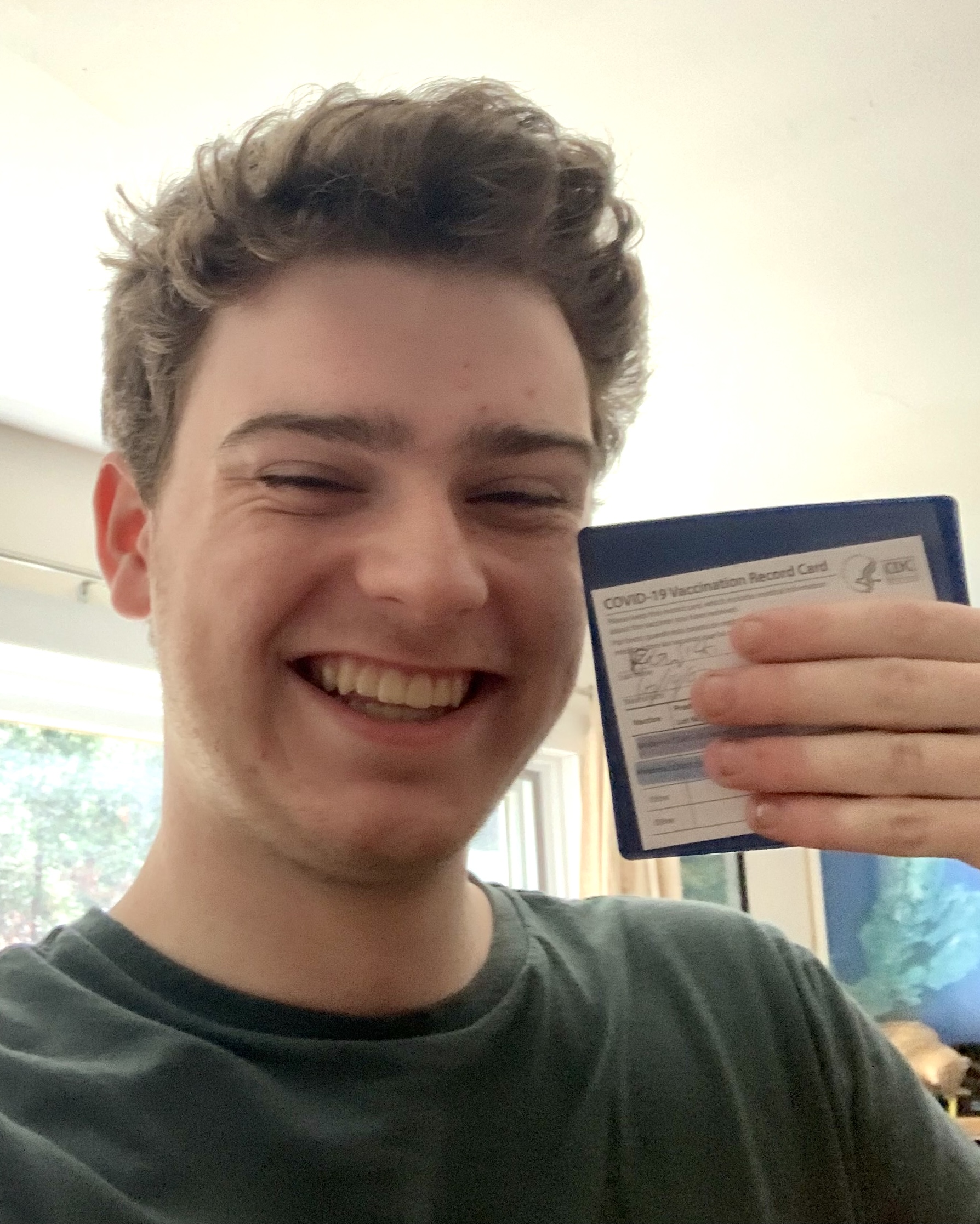 Though Massachusetts is inching toward the final phase of its COVID-19 vaccine rollout plan slated to make shots available to all state residents on April 19, millions have already been vaccinated in phases 1 and 2. According to Our World in Data, on April 11, almost 2.8 million state residents (41% of the population) had received at least one shot, and 1.7 million (over 24 percent) were fully vaccinated.

A number of ARHS students over age 16 are among the vaccinated, due to qualifying either because of a pre-existing health condition or their after-school job. I spoke with ARHS students who were lucky enough to get the jab to see how vaccination had changed their lives.

Staudenmeyer got her first Pfizer dose on January 26 due to her job working with the elderly, but says that despite being fully vaccinated, her daily routine hasn’t changed much. “Even though it’s unlikely that I would transmit the virus to [my unvaccinated family], I still want to be careful,” she said.

In contrast, Powicki, who is immunocompromised, got his first Moderna shot on February 22 and has been able to do many more things than before, including going to stores like Target, hanging out with friends with less worry, and visiting his grandfather.

The consensus of Van Horn, Sessions, Wardlaw, and Juras, who are all only partially vaccinated, was that they are waiting to get their second shot in order to start activities such as spending time with friends unmasked. However, Van Horn said that she is able to babysit her neighbor’s “adorable little baby boy” with a mask, as her neighbors feel more comfortable with it now that she has her first dose.

Staudenmeyer has more “hope for the future” due to “the increased efficiency of the vaccine rollout” rather than her own personal vaccination.

“I kind of forget that I’m vaccinated,” she said, “but reading articles that are optimistic about the summer or hearing about countries that are already pretty far into the vaccination process makes me really excited.”

Sessions agreed with that sentiment, saying that her plan of traveling to different countries on a gap year for the next school year seems more feasible, and that she feels “less stress over airports and planes.”

Students that plan to go to college in the coming fall said that they felt more comfortable going to campus in-person than if they were not vaccinated. Van Horn said that she “always wanted to [go back in-person],” but now she feels confident in her decision.

“If I weren’t vaccinated, I would still feel really nervous about living somewhere else,” said Wardlaw, and joked that she is “excited to maybe have friends in college.”

Some students mentioned local activities they are excited to do in the near future. Juras and Wardlaw said, “Our first plan is to go to Pasta E Basta, and our second plan is to go to the Holyoke Mall.”

Powicki mentioned that he is looking forward to going to the Cinemark in Hadley to get a “proper movie experience” for the first time in over a year.

However, Staudenmeyer tends to think of the big picture. “When I think about the vaccinated future, I think about getting it to everyone who needs it, and hopefully having the process be more equitable,” she said.