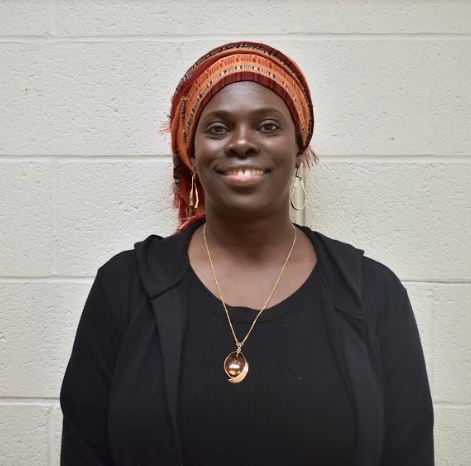 Oumy Cisse has coordinated the Seal of Biliteracy for all students at ARHS.Photo: Sara Barber-Just

New to ARHS in 2020 is the Massachusetts State Seal of Biliteracy, an award given to high school graduates who show proficiency in both English and another language. Massachusetts is the 29th state to adopt the program, and ARHS is offering it for the first time for this year’s graduating class.

According to the Massachusetts Department of Education, the seal is “an award provided by state approved districts that recognizes high school graduates who attain high functional and academic levels of proficiency in English and a world language.”

“It’s a way to recognize and celebrate other cultures, and encourage other people to keep on learning their native languages,” said ARHS French teacher and program director Oumy Cisse. The seal also provides students with a nationally recognized biliteracy award for college admissions and future employers.

In order to earn the seal every student must first pass the MCAS offered in tenth grade, showing their proficiency in English. From there, students can choose from a couple of pathways to demonstrate proficiency in their language of choice, though they all center around “reading, writing, speaking, and listening,” according to Cisse.

The two standard options are scoring sufficiently high on either the Advanced Placement exam or STAMP test, both forms of standardized testing. The third option is a portfolio of work, specifically aimed at smaller, less popular languages for which standardized tests are not offered.

To assist students in their journey toward the seal, ARHS is also providing after school review sessions. “There is a Tuesday after school help club that actually supports students who want to take the test, and helps them get ready,” Cisse said.

Sit grew up speaking Cantonese, but began learning Mandarin in sixth grade, up until a couple of years ago. And though she doesn’t frequent the after school sessions, she has found other ways to hone her skills. “Right now I’m practicing my listening skills by watching Chinese Youtube videos [and] I’m practicing my listening skills by reading articles and writing their summaries in Chinese,” Sit said.

In addition to this new opportunity for ARHS students, the program is also being implemented in the Amherst elementary schools. “That’s what is exciting about the program, because you can start in elementary and move on, and by the time you graduate from high school you can more easily earn it,” said Cisse.