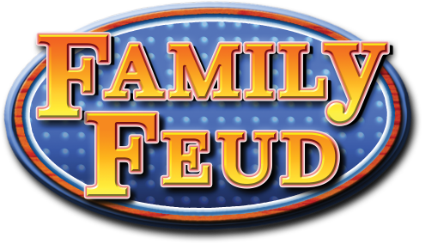 On Thursday, February 26, the class of 2021 Student Council organized a mock Family Feud event as a fundraiser.

Other members of the team included students Sarah Tepfer, Liam Carpenter-Shulman, Ben Kingston, and Liam McDowell. “The clear highlight of the event was our team winning,” joked Mills.

Mills said that because it was the first time the event was held, it had some flaws, including a small audience and the fact that the microphones weren’t working and the person who was running the computer couldn’t hear questions from the stage.

Despite that, he said junior class president Tulsi Patel “did a really good job running the show, so props to her.”

Hailey Zabko, a member of the Class Council, said the juniors were working hard on questions up to the minute of the show.

Though they’d like to bring in more spectators to next year’s event, “We didn’t lose money so it was a somewhat successful event,” said Patel.

Attendees agreed that though hastily organized, the event was fun and competitive. “The low-key funny and friendly competitiveness made the event fun,” said Zabko. “And it was great to bring back Family Feud [from the Class of 2018, who previously organized a similar event].”

“The teams themselves were hilarious, and really saved the event,” added Council member Griffin Jones.