You love it or you hate it: TikTok, the video-sharing craze 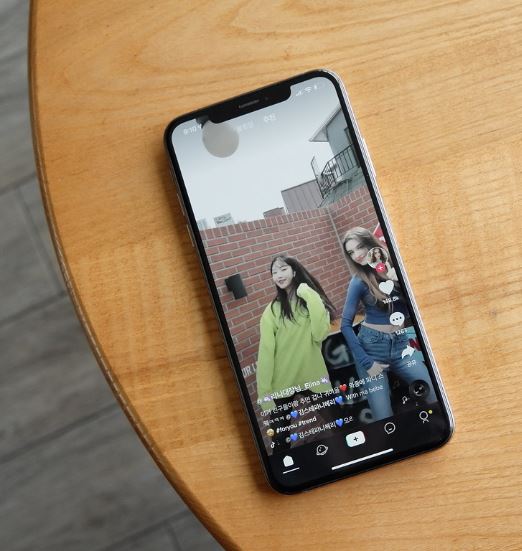 A screen shot of a popular TikTok video.Photo: Flickr

When TikTok first came out, I barely knew anything about it, except that it’s a short form video app used exclusively by middle schoolers. I had the idea that TikTok was Fortnite dancing and “dead memes.” The only time high schoolers watched TikToks was in TikTok cringe compilations.

But I was wrong. This year, TikTok, a video-sharing social networking service owned by ByteDance that is used to create short, entertaining videos, exploded.

At a summer camp, I met a guy my age who had 6,000 TikTok followers, claiming he wasn’t as famous as most of his friends who had followers in the tens of thousands.

At a cross country meet, some strangers came up to me and asked if I would be in their TikTok. It’s now a pretty common occurrence to see students making TikToks right here at ARHS. Never having used the app before, I decided to find out what the deal is.

To start out, I spent a few hours scrolling through the TikTok trending page. I couldn’t, for the life of me, understand why some of the videos I watched got hundreds of thousands, if not millions of likes.

A guy tends to his dog’s eye after it runs into a tree in a dog park, then puts goggles on the dog so it won’t happen again. “All Time Low” by Jon Bellion plays in the background. 688,000 likes.

Two guys play Mario Kart mobile. Maybe they were playing with another TikToker?  “All Time Low” plays in the background. 508 thousand likes.

A girl surprises her friend whom she hasn’t seen in three months. “All Time Low” yet again. 1.6 million likes.

Almost all videos on TikTok are set to music. Sometimes the songs are relevant and work for comedic effect, but most of the time the songs have nothing to do with the video.

Some videos are genuinely creative, interesting, or funny, like a guy riding a motorized trash can and a very well-edited video where a man appears to cut a glass of water in half but it turns out to be cake. But these good videos were swimming in an ocean of strange and uninteresting content.

Still a bit confused, I decided to talk to some people who actually use the app.

Senior Karta Khalsa says there are two types of TikTokers: “You’re either stupid and self absorbed, or really talented.” Khalsa loves the app because once you get past the clutter, “there are some real hidden gems.”

One of her favorite creators @tamera_lewis, is a user much older than the stereotypical TikToker. “She can bake her own candy, she sings and writes her own songs about Jesus, and keeps all of her followers up to date on her dating life,” said Khalsa. “Everyone loves Tammy.”

Although she said using TikTok is usually pretty harmless, Khalsa wanted to add that as a social media platform, TikTok does have its fair share of predators. “People really slide into these middle schoolers’ DMs,” she said. Younger users should proceed with caution.

Khalsa occasionally makes videos for her friends, but preferred not to give out her username.

Compared to other social media apps, TikTok is “way more genuine,” said senior Jaydon Perez. Having made his account, @jprock99, back when the app was musical.ly, (TikTok bought popular lip syncing app musical.ly in November 2017 and the two apps merged in August 2018) Perez said the app has still largely maintained its authenticity.

Perez said there are still fake people who “do the dumbest stuff and get rich,” but there’s a lot of good content from people who don’t chase the fame.

Senior Kevin Nguyen had no worries giving out his username, @lackofworries11. With 19 followers at the time of interview, Nguyen hoped this article could boost that. “Maybe now I’ll get famous,” he laughed.

Nguyen doesn’t care all that much about the potential fame TikTok could bring; he mostly watches other people’s videos and only occasionally makes his own just for fun. A majority are are short sketches, often about basketball. But he admits that a few of them are just him “trying to be cute” in hopes of attracting TikTok girls.

Perez just likes to make videos when he’s bored, and hopes he can make “funny videos for other people to enjoy on a bad day.” His most viewed video is a sketch of walking into class after forgetting there was a test, but thankfully finding out there’s a sub.

Like the other interviewees, senior Richita Randhir mostly uses TikTok to watch videos, not to be a creator.

Her account, @santasrandhir, only has three videos. But after her first two videos only got about 300 views, her third video, posted near the end of November, blew up.

“NNAN” by Young M.A plays as the video scrolls through her and junior Shreya Vencatraman’s iMessage with comically edited pictures matching the lyrics, which include, “Yo, she fire. brown skin, pretty brown eyes, slim waist, but her hips kind of wide.”  It garnered 620,000 views and 64,100 likes.

“I’m kind of mad because I just made it to be a joke and so many people watched it,” she said. “Now I’m afraid to post stuff,” Randhir added, both worried that a new video would blow up and worried that it wouldn’t.

But the worst part was that about a week later, user @bishmaddie stole her video, doing the exact same thing, acquiring 2,400,000 views and 441,000 likes.

“When I saw the post, the first thing I thought was ‘say sike right now,’” said Randhir.

“The video wasn’t even synched to music very well and the images were poorly lit, she said.

“If you’re gonna steal an idea please do it right,” she said. The two people in the video were also white,” which she found questionable linked to a song about brown skin and pretty brown eyes. “They need to be banned from the app,” Randhir said.

Although Tik Tok probably won’t ban you for ripping off someone else’s video, they might ban you for saying things the Chinese government doesn’t like.

The Chinese company ByteDance released Douyin in September 2016. The app was hugely successful, gaining 100 million users in its first year. In light of Douyin’s massive success, ByteDance released TikTok in September 2017 as the international version of Douyin. The two apps are extremely similar, but stay separate so that Douyin can comply with China’s extensive censorship laws.

Since it is solely used outside of China, TikTok is supposedly outside the reach of the Chinese government’s so-called “Great Firewall.” But experts and politicians are increasingly raising concerns that China may still be manipulating TikTok content to advance its interests outside its borders.

In a September 15 article, The Washington Post found that while a search for #hongkong reveals “barely a hint of unrest in sight.” ByteDance defended claims of censorship by saying that TikTok is designed to be a place for happy and funny content, not politics. But political movements other than the ongoing Hong Kong protests still have a large presence on the app, like #trump2020.

In a September 25 article, The Guardian reported on leaked guidelines in which TikTok instructed moderators to censor videos about the Tiananmen Square massacre, Tibetan independence, and the religious group Falun Gong, which is banned in China.

Oftentimes, moderators just keep posts from being distributed by the algorithm rather than outright removing them. Affected users can’t know whether their posts were flagged, or just didn’t perform well for some other reason. The leaked guidelines were all written to sound broad rather than targeting specific content China doesn’t like.

TikTok said in a statement that the guidelines had been retired in May, and that the company had decided that its “blunt approach to minimizing conflict on the platform” “was not the correct approach.” But if the guidelines were retired, what explains the current lack of content on Hong Kong?

On November 26, TikTok banned a user who posted about Uighur detention camps, and then lifted the ban the next day after widespread criticism. In the video, 17 year old Feroza Aziz instructed viewers to research the “reeducation” camps for Muslims in Northwest China.

As reported by The New York Times, TikTok stated that Aziz had been banned due to posting a video on a previous account containing an image of Osama Bin Laden. Aziz said the video had been intended to raise awareness about Muslim stereotypes.

Eric Han, head of TikTok safety in the US, said that taking down the detention camp video was a moderating mistake, and TikTok would consider changing its policies to allow satirical content like the Bin Laden video. Han promised that in the next few months TikTok will review and clarify its community guidelines, which many say are bare bones and unclear.

In October senators Chuck Schumer and Tom Cotton sent a letter to US intelligence officials requesting they investigate if TikTok poses a national security risk, according to Wired.

Earlier in 2019, TikTok settled with the Federal Trade Commission after accusations it had illegally gathered personal data on children under 13. TikTok said that US user data is stored in the US, but many are still concerned it could end up in the hands of the Chinese government.

Is China using TikTok to advance its interests across the globe, or is it just a fun place to kill some time? Maybe both? The Chinese government has been known to pressure Chinese companies into doing its bidding.

All we can know for sure is that TikTok will certainly stay in the news.