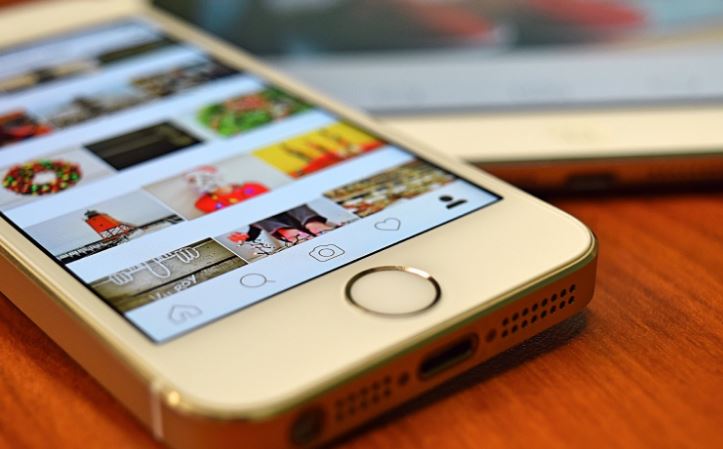 Social media is a platform that allows us to share our thoughts and feelings and also to document everything in our daily lives, from our outfits to our accomplishments, in photos.

In return, we face either loving applause, harsh scrutiny of others, or silence. Many find that our self-esteem is deeply affected by social media, shaping how beautiful, popular, or smart we feel.

Nakos Maroudas, a sophomore at ARHS, believes that “social media is the greatest poison to our generation ever created.” Maroudas even went on to write a “change the world speech” for his English class about the need to overcome our addiction to social media and to create greater acceptance.

“I remember I was 13, and it was the beginning of eighth grade,” he said. “I had [just] downloaded Instagram. I was astonished at the number of people who used this social media app.”

Maroudas said since “everyone had it,” including his friends, peers, sister, and cousins, he decided to join.

“I remember posting some of my first pics on the site. Mostly, they were things of little relevance,” he said. “At times, I would put goofy pictures on my page, and this certainly did not evade the eyes of my sister and those of this other girl I knew at the time. I remember being told, ‘You’re not using it right’ and that my posts were ‘weird.’”

Maroudas felt that he was “just being myself, and I couldn’t see what I had done wrong.” Ultimately, he said his early relationship feelings about social media, which caused him “sadness, dismay, and anger,” only worsened as he continued to use it; he feels that not only does it celebrate conformity, but also that it cements harmful gender roles.

We can all agree we have had similar experiences to Maroudas, in which social media felt very toxic, creating a pressure to be doing amazing things, even if the amazing things were shrouded by filters and impure intentions.

So when social media giant Instagram tweeted that they were rolling out a new policy where users would no longer see the amount of likes that posts on their feed had garnered, many were surprised and excited.

Instagram hoped users could “focus on the photos and videos you share, not how many likes they get.”

Instagram tested out hiding likes in Australia, Brazil, Canada, Ireland, Italy, Japan, and New Zealand in July. US users can still see likes on other posts now, but soon they won’t be able to.

The CEO of instagram, Adam Mosseri, said that Instagram was willing to “make decisions that hurt the business if they help people’s well-being and health.”

This sudden change of heart likely comes from the 2017 study from Time magazine that found Instagram was the worst social network for your mental health, linking it to depression and anxiety.

The pressure with posting, the study argues, is too great with feeds overrun with photographs advertising a fraudulent life that not everyone can afford but many can fake.

Olivia Hogans, an ARHS senior, believes seeing how many likes a post gets can affect one’s quality of life.

“Instagram taking [away like competitions] is good because it can aid in preventing Instagram users living a more unhappy lifestyle. Some people who frequently use Instagram tend to amount their self worth and social [capital] to the number of likes they receive,” she said.

“This is a cause for depression among younger users,” she added.

Hogans believes that eliminating the ability to view the number of likes on others’ posts could feel like “more of a positive experience.”

“I believe Instagram’s decision to remove the option to see the number of likes on everyone else’s photos could be seen as a positive,” he said.

“People would not have to be ashamed when obtaining what they would deem as an insufficient amount of likes, nor could they be shamed by fellow peers about their like count,” added Tyndell.

Tabor Bowman, an ARHS senior, added that removing the view of likes “may keep people off of their phones and off social media more than before.”

Despite the good eliminating likes may cause, some worry it’s not enough. Showing off still seems to be in our DNA, and the comment thread under posts offers plenty of room to reinforce or critique posts.

As Chantelle Brigham-McMillan, an Americorps member stationed at ARHS said, “The like button merely shows the positive reactions individuals have to a photo, but the comments section is where bullying and self-esteem are.”

According to Brigham-McMillan, people can still post words of encouragement or destruction, and can still comment on people’s appearance and behavior.

“Words have a greater impact on self-image than likes,” she said.

Despite the fact that mass media can empower the already powerful, be used for disinformation and hate, and can homogenize culture, some still think it can do good. It can allow for easier connections, spur businesses, and spread culture and awareness.

Bowman said, “I think all social media devices should have a couple days a week where they shut down so that people experience real life outside their phones and stop being so sucked into social media.”

McMillan was also worried about the lack of privacy on social media.

“Social media’s ability to legally spy on and sell the personal information of its users to advertising companies is a huge violation of our privacy,” she said. “They allow companies to access to our credit card information, our photos, and easily hack into our phone cameras and microphones to listen to our conversations, or to see our likes and dislikes.”