A wireless flex: an analysis of AirPods’ popularity 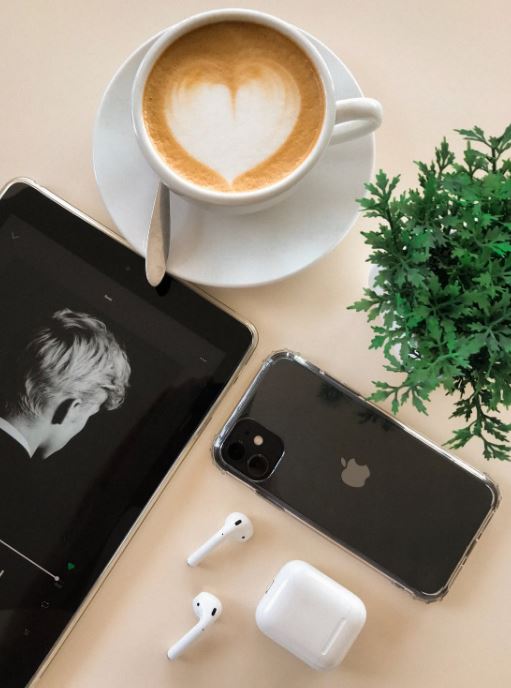 AirPods are the ubiquitous white bluetooth earbuds that rest in users’ ears when they’re not nestled in a white charging case resembling a floss container.

They were first released to the public on December 13, 2016 and since then they have amassed a devoted following by those who say they offer a better, more convenient listening experience. An explosion of memes that focused on them and videos that garnered millions of views on multiple social media platforms cemented their popularity.

Senior Cleo Hein got a pair last Christmas and has been pleased with their performance. “I was annoyed at the chord [on my old headphones, and] having to have my phone nearby when working out was annoying,” she said.

She wanted AirPods because they are “the most well known bluetooth earbuds, and they have the most advertising.”

Despite the fact that they’re everywhere, she has been made fun of for having them.

Because they cost $160, versus $25 wired headphones, people sometimes say things like “Oh, you’re one of those people” to users.

Before the AirPods, Hein had Bose noise-cancelling headphones, which she said are quite different. Because of their value, she has never misplaced them.

“I forgot them in my pocket for a while, but I’ve never lost them,” she said.

Like Hein, sophomore Isa Castro-McCauley has never lost his AirPods and is not nervous about losing them.

Castro-McCauley has had his AirPods for six months and has enjoyed the “lack of the wire” attached to previous headphones.

He got them because he wanted wireless earbuds and “they were hyped up.”

Even though AirPods are for people who want to conform to society, Castro Mccauley still is occasionally made fun of for owning them.

“People have said things such as ‘Oh, you think you’re so rich’ or used homophobic language toward his or others’ AirPods use,” he said.He does not think that AirPods are much better than other headphones. “Most people get them to fit in with everyone else,” he said.

Senior Matt Morrin got AirPods because he was tired of “my headphones always getting caught and pulled out of my ears while working out. “Due to how popular they are now, Morrin thinks they’re “not a symbol of clout anymore.”

If anything, the growing popularity has called a backlash. “I think since the [AirPod] memes, airpods have grown in popularity but [in response] a distaste for them has also grown,” he said.

He has even stopped wearing his AirPods to school to avoid annoying criticisms and because he has “lost them multiple times” when they fell out of his car. They also “don’t quite fit properly.”

Senior Karta Khalsa has had her AirPods for one and a half years and she has never lost them.

Khalsa got her AirPods for working out, but she said “it was kind of an impulsive purchase.” She uses them for music at school, too. She first learned about them through friends.

Khalsa says that her AirPods aren’t anything special, “it’s just nice to have portable earbuds without a cord that have a long battery life.”

Khalsa actually thinks that they’re “way too expensive,” especially since the listening quality is just “average,” though she admitted maybe the quality has gone down over time. She has received some joking teasing such as kids saying “stop flexing” but nothing that has been memorable for her.

Freshman Tyler Feeney got his AirPods because a friend gave them to him, but now he “rarely ever wears them.”

Feeny jokingly compared his earbuds to a piece of plastic he found on his desk. He doesn’t like them because the “sound quality is not great and they’re easy to lose.”

Feeney believes that AirPods can be seen as a status symbol, but they’re only a “small flex.”

Unfortunately the explosion of these earbuds has not been as popular with teachers. Many kids hide their use of the AirPods by putting their hood up so they are easy to conceal. Picozzi believes that this is an issue as it causes some to zone out and “not pay attention during class.”

Despite teacher or parent critiques, the market for both cheaper and more luxe AirPod spinoff models is thriving.

Companies such as Louis Vuitton have made their own models, sold for almost 1,000 dollars, while others companies have cornered the market on bluetooth cordless earbuds that look nothing like AirPods.

The excitement for earbuds kicked up again with the new release of AirPod Pros, yet this release has not been as popular as the first generation of AirPods. Kalsa, for one, is “not interested” in AirPod Pros and is sticking with the original.