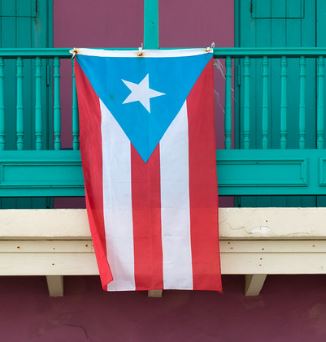 This year’s Puerto Rico Day was held on Monday September 23 instead of past year’s date November 19;  the September date linked up with the 151 year anniversary of Grito de Lares, the revolt against Spanish rule in Puerto Rico that began on the same date 151 years earlier.

Director of Students and Family Engagement for Amherst and Pelham Regional Schools, Dr. Marta Guevara is deeply involved with the Puerto Rican community and is one of the organizers for the celebration.

“I gave the welcome, and the superintendent spoke about his support while the town council members read the proclamation about  changing the date,” she described. “Later, there were performances by the students in the dual language kindergarten program.”

The young children sang, while a dance group performed several traditional dances. Jayliedelh Caraballo, an ARHS  freshman, gave a speech and described the experience as an “honor.”

“I talked about my island; speaking about it made happy,” she said.

“Middle school and high school students also read poems and spoke at the event,” said Guevara.  A total of 200-300 people attended, half of whom were students.

“We gathered in front of town hall stairs and the sidewalk,” said Guevara.

The event lasted approximately 45 minutes and ended with  the raising of a Puerto Rican flag as the ceremony’s end.

Special Education and English Language Arts teacher Martha Toro danced during the event. She described it as an educational opportunity.

“It’s important because I want to break stereotypes that people have about Puerto Ricans,” she said. “Many Puerto Ricans are professionals and highly educated.”

She said she was very  proud of the people that they represented and was glad to add her “grain of positivity.”

Alicia Lopez, an ELL (English Language Learners) teacher at ARMS said the celebration was a success.

“It was very hot,” she said. “But people were excited and proud to be there. There was a nice sense of community, and it was great to have little kids involved.”

The date change moved the event from an uprising against imperialism rather than a celebration of Columbus. “It seemed more appropriate,” Guevara said. The date was also linked up to Latino Heritage Month.

When asked to describe the values most important to their cultures, all the interviewees responded with a variation on the importance of community or family.

“The sense of family is number one,” said Lopez. “Plus, the warmth of our community, the genuine feeling of wanting to help others. Our empathy, action, and solidarity.”