Drag your friends to theater auditions; the risk is worth the fun you’ll have 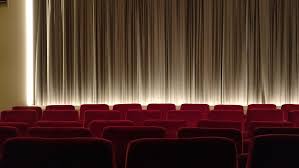 If you’ve ever paid attention to the morning announcements or stared at the wall on your way to class, you’ll have noticed that the ARHS theater department puts on multiple productions each year. These productions are the culmination of a process that takes months of preparation by a large cast and tech crew, who come together after school four to five days a week to work out the details of the story, the characters, and the performance space.

However, at the beginning of all of this, are the auditions.

The audition process for theatrical productions at ARHS is designed to be short, low-stress, and welcoming to both veterans and newcomers.

“One must fill out an audition form and go read a script, no more than one page,” said junior Sarah Van Horn. “You’re told that you and your partner will read through the script twice, once with no input from the director and once with some direction so the director can see if you’re able to make a change, if you’re ‘directable’. Then you get to pick from an assortment of nut-free cookies as you leave.”

While students have the option of auditioning solo or with a partner, Van Horn said few students choose to take a partner.

“The overall goal is to cast shows in a way that we get a wide variety of students on stage in places where they can succeed,” said Performing Arts Department Head John Bechtold. “Auditions are never really polished. They can’t be,  in that you don’t have a lot of time to prepare. The more exciting thing is to try to build an audition where students have a chance to show you some surprising thing. The other goal is to do as few cuts as possible.”

Because theater is an art form about connections with people–both those onstage and those in the audience–the auditions can be a place to establish the importance of those relationships. “In audition, students that can connect with the other reader in the room, show the life of the character, are often doing something interesting,” said Bechtold.

For the fall 2019 schedule, students had the option to audition for two shows: Twelfth Night, a Shakespearean comedy, or Briefs, a series of contemporary, ten-minute plays written by students.

While Briefs is an annual tradition at ARHS, Twelfth Night, according to Bechtold, is a good contrast to last year’s productions. “We haven’t done a Shakespeare work in about five years, and it’s about time to jump back on that boat,” said Bechtold. “Twelfth Night in particular is just a fun, joyous play, and we had a pretty dark season last year. We wanted to make sure we had a brighter season this fall.”

Another goal of the audition process this year was to address diversity in the theater company.

“We talked about our experiences and how we think things can change,” said senior Kabir Narayanan, one of the students who attended the meeting. “We have a few initiatives and short and long term plans, but one aspect of that is the audition process.”

“It seems like a lot of the diversity challenge is getting people to show up to auditions. It seems like there’s more diversity in the acting classes and dance classes than what arrives at the black box on audition day, so I think Bech has made it an assignment to have people audition for the play,” said Narayanan.

Bechtold has also put out a list of tips for auditioning, to make the process easier and more understandable for those who are less experienced.

“We’re trying to make it fairer to everyone,” said senior Serik White, “so it’s not just  white seniors who get the main roles.”

“We say everyone is included, and we’re trying to make that possible,” White said.  “The only way we can get everybody included is if more people show up. So drag a friend to theater, even if they’ve never done anything before. Drag them to it, and it’ll be fun!”

“One of the hardest things about auditions is the feeling of failure and self doubt that comes when you don’t get in,” Van Horn said.

“To that, I advise people not to sweat it. If you don’t get in, it doesn’t mean that you’re bad. Try not to see it as an insult, and continue to audition if you really want to because someone will cast you. If you don’t get in you could also just do tech. Techies are more fun anyway,” she added.