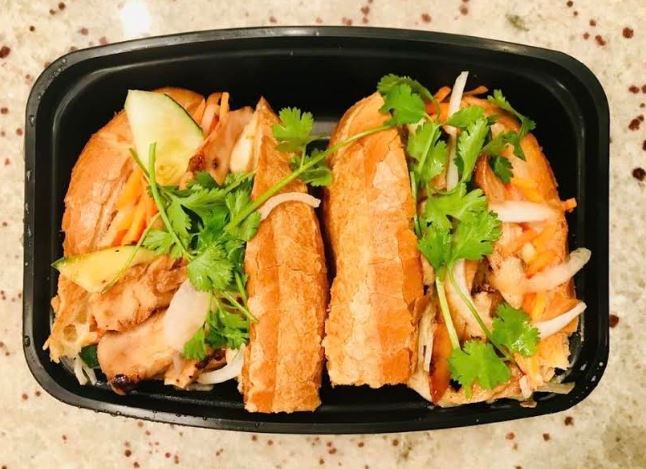 Omi Omy, a great new Vietnamese restaurant currently in the Big Y plaza in Amherst Massachusetts, is run by ARHS grad (class of 2000) and father Chuong Son, who hails from Vietnam.

Son described himself as a more of a “hands-on learner” growing up, noting he started to learn to cook from his mother.

Using these skills, he opened his first restaurant in 2012. It was a banh mi restaurant in a complex of 13 other businesses in Hadley that was doing great until a terrible fire destroyed it.

After the first restaurant was closed post-fire, he moved to Northampton to restart his banh mi business. “There was a lot of competition,” he said. “We called this second one The Banh Mi Spot.”

But the business had to compete with many other downtown restaurants, and Son was looking for a change.

He met a mutual friend who connected him with “a guy named Sam” with  30 years of restaurant business experience.

“Together we talked about how certain places don’t have certain food, and we [decided to bring our banh mi to] Amherst.”

The restaurant in the Big Y plaza serves Son’s traditional Vietnamese sandwich made with a crispy baguette, meats or protein (chicken, steak, fish, or soy), homemade fish or soy sauce, and carrots, daikon all pickled up, sliced cucumbers, onions, and cilantro.

It’s topped with their amazing signature “omi sauce” which is a combination of fish and soy sauce.

Being the leader of the restaurant, Son keeps a fast pace around the kitchen.

“Omi Omy is a fast-casual restaurant, meaning that we don’t have waiters to bring you food and instead we stay in the kitchen more because we all need the time to cook,” he said.

Omi Omy is a must-try restaurant, with their many signature homemade style foods coming in nice and hot.

Check it out! You’ll even be supporting an ARHS graduate.