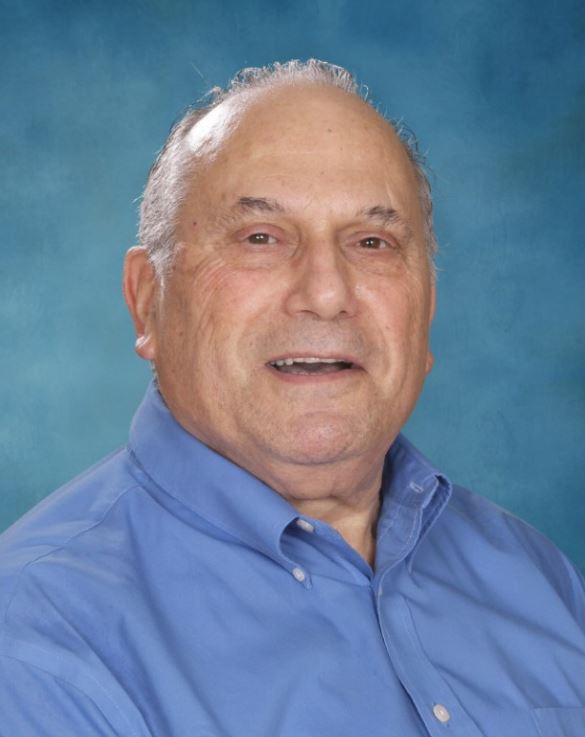 “I know a lot because I’ve seen a lot,’’ said former ARHS paraeducator Howard Mentin, who retired in 2018, and sadly passed away in March of this year.

He grew up in Queens, New York, and attended Pace College where he studied business.

He met his wife Ellen in 1973 and six months later they were married. They had one child, Emily, who  married Dwayne Chamble and gave them their grandson, Zion.

Emily, Dwayne, and Zion lived with Mr. Mentin and his wife Ellen on Market Hill Road in Amherst.

In 1983, Mr. Mentin  moved to Amherst, with his wife and daughter, and he worked as a businessman for 35 years.

However, after retiring from that career, he decided to embark on working as a paraeducator in the special education department at Amherst Regional High School.

At ARHS, he was affectionately known by most students and staff as just “Howard.”

His obituary on legacy.com reads, “Howard was a special human being. He was kind, generous, and an exceptional listener.  He was truly loved by all who came to know him.”

Kathy Wilkes, a fellow paraeducator, said, “He knew how to make students feel good about themselves.”

She was not the only one who felt this way.

Lily Harris, a student at ARHS, shared her feelings about him. “He was always looking out for me, and when I had a bad day he would say ‘Keep your head up high,’ and ‘a better day is coming,’” she said.

Mr. Mentin loved Amherst but joked that he was “a long way from the Bronx.”

But everytime AIMS (autism in the mainstream) liaison Kathy Olson had a class event and had pizza, he would show up.

One day I said,  “I thought you didn’t like the pizza from around here,” she said. He calmly said, “It’s free pizza!”

“Howard’s sense of humor was like a fine wine; it got better with age,’’ Ms. Olson remembers. “Howard had an inside joke with every student.”

“He always had kind things to say and offer. He was willing to do anything I asked of him, he filled everything he did with kindness and care. He was one of the most thoughtful, caring people I have ever met,” she said.

When asked what she misses about him she said, “I miss his smile and his presence in the hall when I walked by. He would always say hello and make me feel better about my day.”

Ms. Bialek had other memories too.

“I remember he always wrote everything down in his calendar book in his characteristic slanted and slightly shaky handwriting,” she said. “He didn’t want to forget a thing! He was extremely conscientious about doing a good job. And he made students feel loved and supported. He will remain with them forever.”

I, too, feel a great loss with Howard’s death because I also lost a good friend. Howard had so much offer to students and to all the people he worked with.

Mr. Mentin seemed to know everyone in the school, myself included. Our relationship was special because we both had similar interests, including our taste in music, and the fact that we liked vintage style.

He and I always talked about the best R&B groups, and singers from the ‘60s and ‘70s, like Earth Wind & Fire and the O’Jays.

Howard always made the classes he worked in “an experience,” and a place you wanted to be.

Howard, you were loved, and you will be missed.