From athletics to wedding planning: Pam White ready for a lively retirement 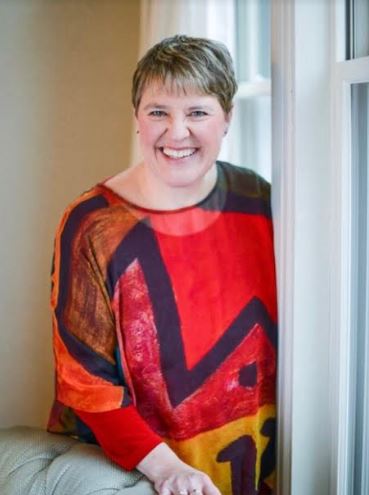 The average office worker receives about 120 emails a day in a day. Pam White is no exception. “I couldn’t even count without really counting,” she joked.

The slew of emails are just one part of the job that Pam White describes as “fun, but crazy.”

She wears “two hats” as the athletics secretary and also the bookkeeper for student activities.

In June, she will be leaving these two lovely jobs and retiring after more than 30 years working in the Amherst school system.

Since she was raised in Amherst, most of them have been in the area. “Yup, I’m a townie,” she said.

She also worked at the movie theatre in the Hampshire Mall, a Friendly’s, and in the computer science department at UMass.

And she worked at a travel agency uptown, “making reservations for college students for spring break,” she said.

“I even worked for a temporary agency in Boston and I hated the city life,” she said. “I got chased by a crazy person and I decided to come back to Amherst.”

When Ms. White started working in ARPS in 1985, she was employed at Crocker Farm Elementary School. “I loved Crocker Farm. I love the kids down there,” she said.

She’s been in the athletic department since 2011.

“I love this too, but now it’s gotten more computer based with the online registration, so I don’t get to know the kids and their parents as well,” she said.

Ms. White describes herself as a quintissential “people person,” so she’s excited for her next gig, working in retirement as a wedding planner.

“It all started at Crocker Farm in the late ‘80s,” she said. “One of the second grade teachers did event planning too, so she gave me my first wedding and I was hooked.”

“I just booked a wedding for next year,” she said.

She even had her first “destination wedding” in December.

“I went to New Orleans,” she said.

Ms. White said she has had a lucky run and only one “bridezilla.”

Going straight from retirement to wedding season means she will stay busy, but she is up for the challenge.

“My wedding season starts at the end of this month,” she said happily.