As measles outbreak scares nation, vaccines more important than ever 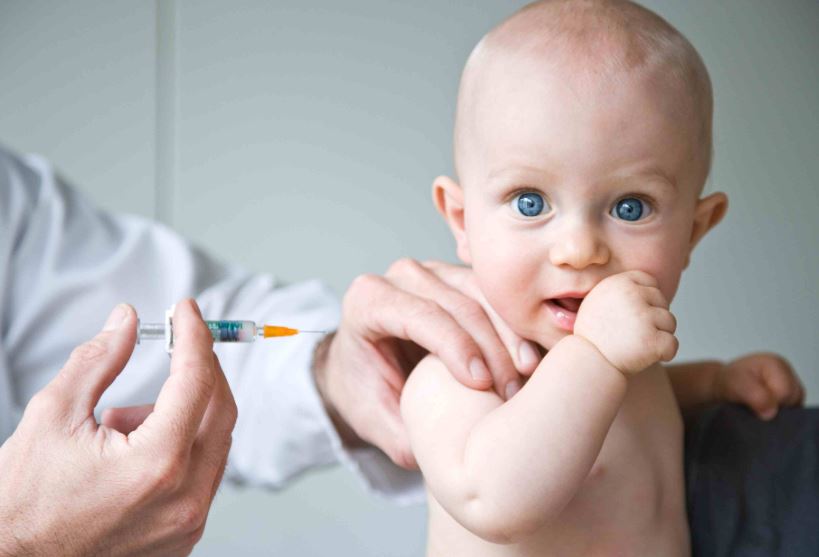 Children get their first dose of the MMR vaccine when they are 12-15 months old.Photo: verywellhealth.com

According to an article in the Daily Hampshire Gazette, by Greta Jochem, the 764 confirmed measles cases this year makes it the largest outbreak nationally since 1994.

Measles is a highly contagious, infectious viral disease that causes red rashes on the skin and a fever.

One in every 20 people infected with measles also contracts pneumonia. Pneumonia is the most common cause of death in measles patients.

Ear infections are also a common complication of measles and can cause lifetime hearing loss and deafness. One in 1000 children develop brain swelling which can also result in deafness.

Sixty suspected cases of measles have been reported in Massachusetts already this year, twice as many as last year.

In Boston, after one case was confirmed, the Department of Public Health had to send out letters to everyone that had been near the patient.

In Los Angeles, a measles outbreak was declared in April 2019. About 300 students and teachers from UCLA and Cal State were quarantined.

More than 1,000 people were told to stay home to reduce risk of contracting or spreading the disease.

Measles spreads very easily—just breathe in the same area as an infected person, and it is possible that will you have contracted measles.

Medical professionals have warned people that we are at a high risk for an outbreak and to be sure they are fully immunized.

I wanted to reach out to someone in our school who grew up in an anti-vaccine home or had never been vaccinated.

An ARHS senior, whom I’ll call Lindsay spoke openly with me. Both of Lindsay’s parents graduated from medical school and work in a related field, but neither as doctors or nurses.

They have both taken courses about the pros and cons of vaccines.

Lindsay said that when her parents had children they decided not to vaccinate because they believed the cons outweighed the pros.

Now that Lindsay has turned 18 the choice is hers, but so far, she has decided to stay unvaccinated.

There are no personal exemptions for vaccination in Massachusetts.

The only way one can obtain a medical exemption is if they are allergic to an ingredient in a vaccine, so Lindsay had to take a religious exemption even though her reasons for going unvaccinated aren’t actually religious.

Lindsay is not open about being unvaccinated because it is such a controversial topic.

“If something super dangerous came to our area I would get the vaccine,” Lindsay said. “But for now, I have been fine.”

What  doctors and nurses say

Dr. Kate Atkinson,  the head doctor at a family practice here in Amherst, strongly believes everyone should be vaccinated.

“I believe vaccinations are safe and effective. I have vaccinated all four of my kids,” she said.

She openly shares her opinion with patients and parents of patients. Many parents have called her worried about the recent outbreaks of measles.

MMR, Polio, Varicella, Tdap, and Hepatitis B vaccines are required for public high school in Massachusetts. The meningitis vaccine is also required for college or boarding schools.

Ms. Suprenant decided to become a nurse after her daughter was born at only two pounds. For the first year of her life, they were in and out of the hospital frequently and she had to learn a lot about the medical field for her daughter.

Initially, she was a labor and delivery nurse at a hospital. After a while, though, she decided that she “wanted to spend more time” with her kids, so when a school nursing job became available, she took the opportunity.

Ms. O’Brien decided to become a nurse because she enjoyed science classes in school and didn’t want to be behind a desk. She also initially worked in a hospital.

A few years into her career, she took some time off for her children, and then the opportunity to work as a school nurse became available to her.

Ms. Suprenant and Ms. O‘Brien both work with vaccination records and help kids get caught up if needed.

“The only way you can come to our school unvaccinated is if you have a religious or medical exemption or if you are homeless, and in that case we work with the public health department to get them caught up,” Ms. Suprenant said.

At ARHS, “there is a ballpark 3% of students who are unvaccinated,” said Ms. Suprenant. Most of the exemptions here are for religious reasons.

To benefit from “herd immunity,” when most are safe because enough people are vaccinated, the vaccination rate needs to be at 95% of the population.

Some local schools have much lower rates. For example, 25% of Hartsbrook students are unvaccinated.

At Fort River Elementary in Amherst, 6.1% of students are unvaccinated.

All of these children are at risk, and it’s not a matter of if an outbreak will happen—it’s when.

“Measles is a huge public health concern,” said Ms. Suprenant. “It is being tracked carefully.”

It’s an even bigger concern for babies who are too young for the vaccines and for elderly people who have weakened immune systems. These people rely on herd immunity.

She feels that medical professionals have “the responsibility to educate people on vaccines so that everyone can be as safe as possible.”