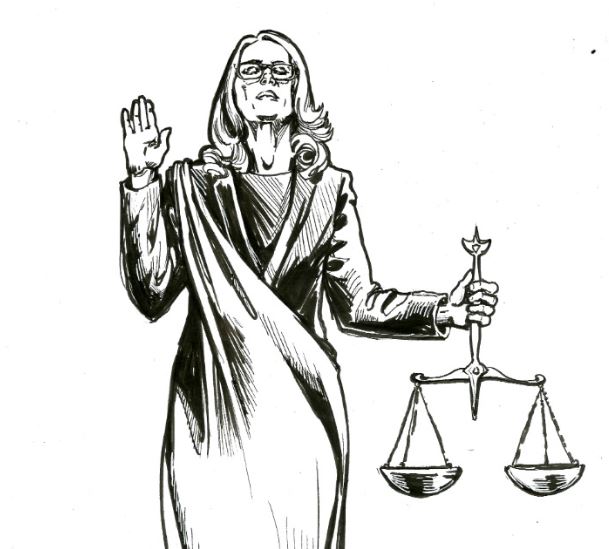 On Thursday, September 27, 2018, the nation was engrossed in live streams everywhere, watching heated Senate hearings determining whether Brett Kavanaugh, a Republican lawyer, would be confirmed as a justice on the Supreme Court.

The hearings came almost two months after a letter was sent to Dianne Feinstein, a California senator, from Dr. Christine Blasey Ford, reporting that Kavanaugh had sexually assaulted her when they were in high school. After two more women came forward alleging that they too had been assaulted by Kavanaugh, testimonies at a Senate hearing, and an FBI investigation, Kavanaugh was confirmed to be a justice on the Supreme Court.

Kavanaugh’s hearings and nomination were a sensitive topic for many people around the nation and the world, and also here at ARHS. “I was really upset because deep down I knew that a woman [can have] all this evidence, but it doesn’t matter,” said junior Eva Katsoulakis. “They’re not going to listen to her words; they’ve already made up their minds.”

Students were generally unsurprised about Kavanaugh’s nomination and said that it was “totally expected,” according to Katsoulakis. Freshman Mabel Tulay also said she was “not happy” when she found out Kavanaugh was nominated to the Supreme Court.

Danielle Seltzer is a special education and English teacher and the faculty adviser to the Women’s Rights Club. “To me, it seemed like the hearings were held as a formality and not as a genuine inquiry into whether or not he was the right person for that position,” she said.  “I think the majority [of senators] were there just to say they participated without genuinely evaluating his capacity to do that job.”

As far as the hearing process itself, senior Faizan Hassan described it as “intense, and something that no one should have to go through.”

“[The senators] didn’t seem to try and get much out of [Kavanaugh], they just let him get by without putting in any actual fact,” said sophomore Zoe Giles.

Many people compared the mannerisms of Kavanaugh and Ford. Katsoulakis described Kavanaugh as “irrational and angry, dodging questions left and right.”

“[Kavanaugh] didn’t even apologize,” said sophomore Maya Sessions. “The fact that he just strongly disagreed with Dr. Ford’s allegations was really hurtful to her, and really telling of who he is.” Sessions also said that even if Kavanaugh disagreed with Dr. Ford’s claims or did not remember the event, he could have at least considered the possibility of them being true.

“I don’t appreciate when someone lies like that,” said junior Devon Glennon. “And he lied on multiple occasions.”

Hassan said that in his opinion, a politician’s personal life does have an impact on their effectiveness and actions when working for the government, noting, “I want somebody in the Supreme Court or Congress who represents my views, so they vote for things that matter to me.” Many students contrasted Kavanaugh’s testimony with Ford’s. “She definitely had a lot of emotion when she was speaking,” said sophomore Taylor Masteralexis. “It made me think that what she was saying seems more credible.”

Tulay said she felt like Ford was speaking for all sexual assault victims when giving her testimony. “Time and time again, our system hasn’t proven it can effectively deal with these issues,” said Ms. Seltzer, “and that discourages people from coming forward.”

Ms. Seltzer and Katsoulakis also compared Kavanaugh’s confirmation that that of Clarence Thomas, another Supreme Court justice. Thomas dodged allegations of sexual harassment by Anita Hill in 1991. “In politics, it seems that men are pretty willing to protect other men as long as their political beliefs will be supported,” Ms. Seltzer said.

Students also talked about the lasting impact of Kavanaugh’s nomination and his effect on United States politics. Glennon believes that divisive cases that reach the Supreme Court could be more likely to result in Republican victories, which could mean “retractions, reforms, and returns to conservative politics.”

Sessions said that they were a reminder that the impacts of sexual assault and trauma are everyone’s issues, not just women’s. “It’s definitely shown that the #MeToo movement is never over,” Sessions said. “There’s much more that needs to be done.”

“It definitely sets a precedent for the future for anyone that comes forward. It would impact how people view their story,” said Hassan.

“We all have a stake in this,” said Ms. Seltzer. “We need to realize that our liberation is tied up in everyone else’s and our rights [are too].”