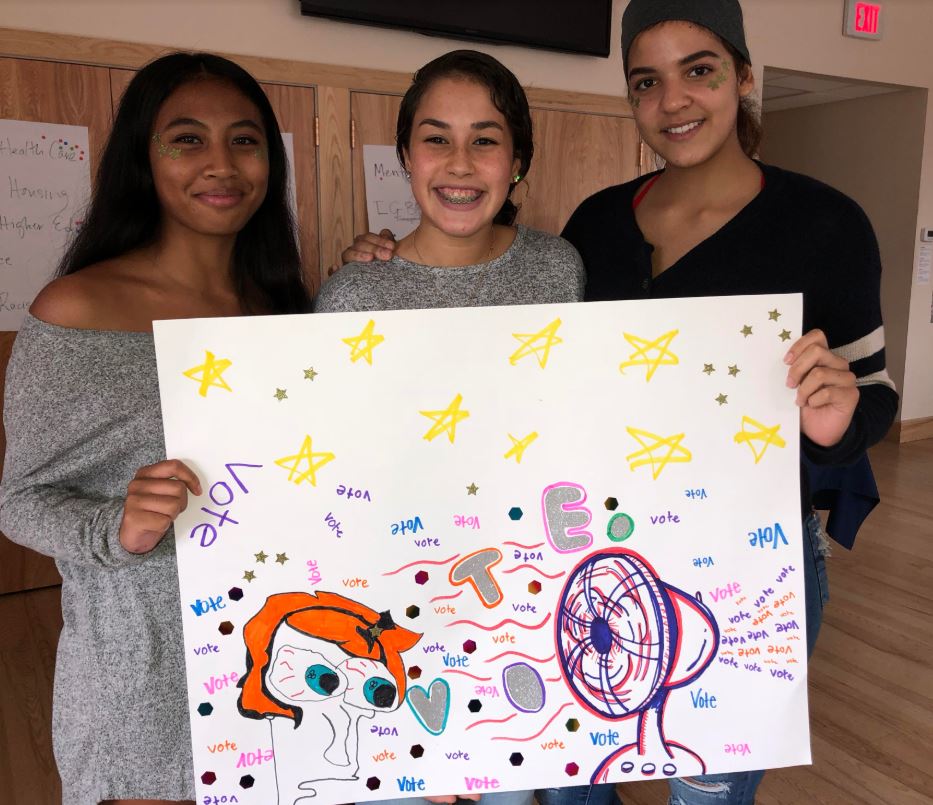 The last decades of the twentieth century have produced inspiring examples of women’s leadership, from Malala Yousafzai, who advocates for women’s education in Pakistan, to Emma Gonzalez, a teenage girl from Parkland, Florida, who called for an end to gun violence after many of her classmates were killed at Marjory Stoneman Douglas High School last spring.

These  women inspire other young women to take a stand and speak up. As a result, last year, members of the League of Women Voters (headed by Amherst native Liz Larson), approached Principal Mark Jackson about inviting high school girls to participate in a leadership forum to tap their potential.

Health and physical education teacher Elizabeth Haygood volunteered to help lead the effort. An email was sent to the ARHS staff asking for nominations of girls that had “the potential to be leaders.”

“There were over 100 girls nominated, and some of the girls had more than one nomination,” said Ms. Haygood. “A group of the high school staff narrowed down a list of the nominees to 32.  Of that group, 23 girls went to the [Leadership Forum].”

“A lot of us didn’t want to go at first, or weren’t sure about it,” said sophomore Clara Lopez. “We were nervous and didn’t know what would happen on the field trip.”

I was also someone who attended the field trip and did not know what to expect, but I took the plunge.

When ARHS students first arrived to the Unitarian Universalist Society of Amherst in late September of this school year for the forum, they huddled into a room to find their seats. They introduced themselves and explained something they had brought with them that was important to them and why. After, they brainstormed what makes a strong leader, listing all the adjectives they could think of.

One highlight of the forum was that Mindy Domb, an Amherst woman running for Massachusetts state representative talked about how she plans to face complex political issues at hand and described to the girls in attendance what she believes “makes a strong leader.”

Throughout the field trip, women and girls talked about sexism, systemic racism, homelessness, immigrants and deportation, and many other topics, with an aim of informing their community about how to raise awareness. They also worked on poster for the League of Women voters, for November 6.

At the end of the field trip, they  gathered in a circle and talked about something that they would take away from this experience.

“I learned that even a short day away from school can have a big impact,” said Rebecca Fricke, one of the event organizers.  “Girls are not often given the opportunity to work together and time away from a mixed-gender classroom can really give them the space they need to bond and develop their confidence.”

Lopez said she was inspired to “speak up more and take action. Right after the field trip, I had a presentation for English class,” she said. “[Because of the Leadership Forum], I felt more prepared and calm about the presentation.”

In the spring, the group plans to head to Boston to visit the Massachusetts State House, where they hope to meet more inspiring women.