Game club a thrill for all 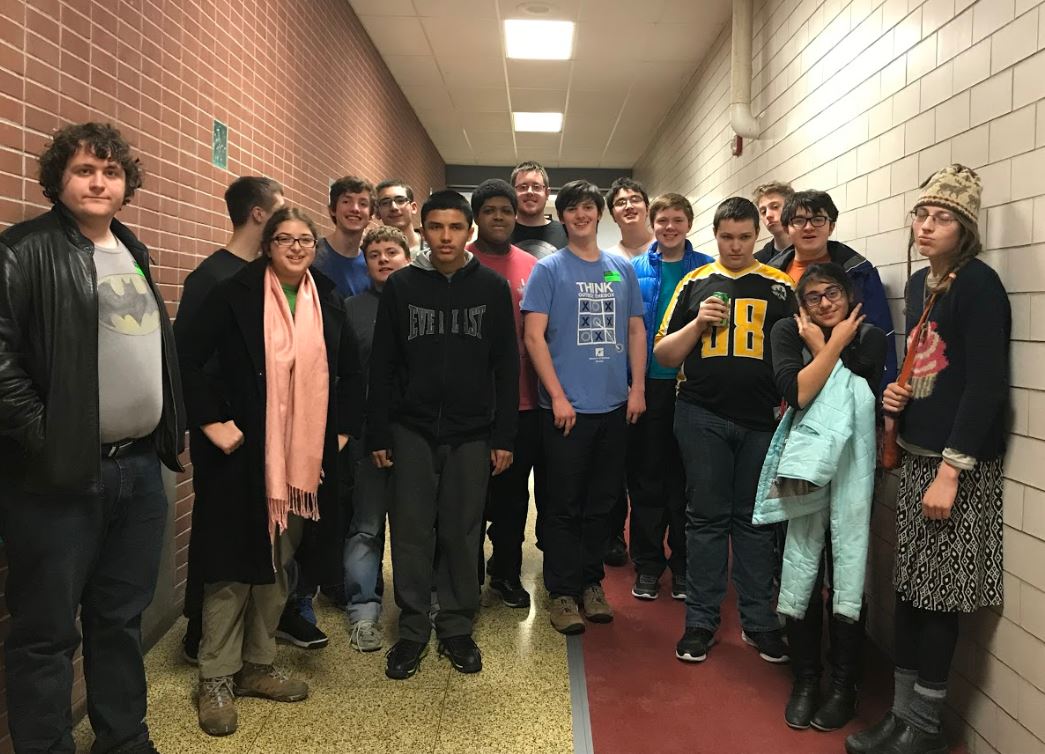 The ARHS Game Club is a place where students gather to meet new people, play board games with each other, and have fun. Club advisor Kathleen Olson, an ARHS special education teacher and coordinator of the AIMS program, said that “the students run the club” and that it is a a “low pressure way to connect to people.”

Ms. Olson describes the current club as “12-15 students week that come and anyone can join.” She said the club is a ”core group comes each week but a few in and out.”

“Students show up, fall into large group game, and some split into smaller,” she said.

The club has grown “in quantity and types of people.” The group tends to be “cooperative” with “some being more leader-like than others.” Schuyler Mann, a 15 year old sophomore is “particularly the president” of the group.

“Game club has no structure but I bring in most games and explain rules,” said Mann, who joined Game Club last year and provides many of the games because he wants to “share the fun.”

Mann’s description of the evolution of the club is that it now has “more games but it also has more people and more personalities.”

Some of the most frequently played games include Resistance, based upon deciding who to trust. Mafia de Cuba is another game based around trust. The most popular game is We Didn’t Playtest This At All, where the rules of the game evolve and conditions change alongside with the rules.

One thing Ms. Olson would like to do is “bring back snack bring-in because it is expensive being the sole provider.”

Ms. Olson would also like to let people know that the club is “listed as video game club but is misleading since video games aren’t played in it.”

When it comes to the size of the club, Ms. Olson feels there is “something special with the smallness of the club but is uncertain if bigger would improve it or not.”

She described the reason being “fear of unknown.” Despite this, she still wanted everyone to know that “anyone, anytime is welcome to join.”

The club is hosted in room 192 every Thursday, with people beginning to stroll in by 2:30 p.m.