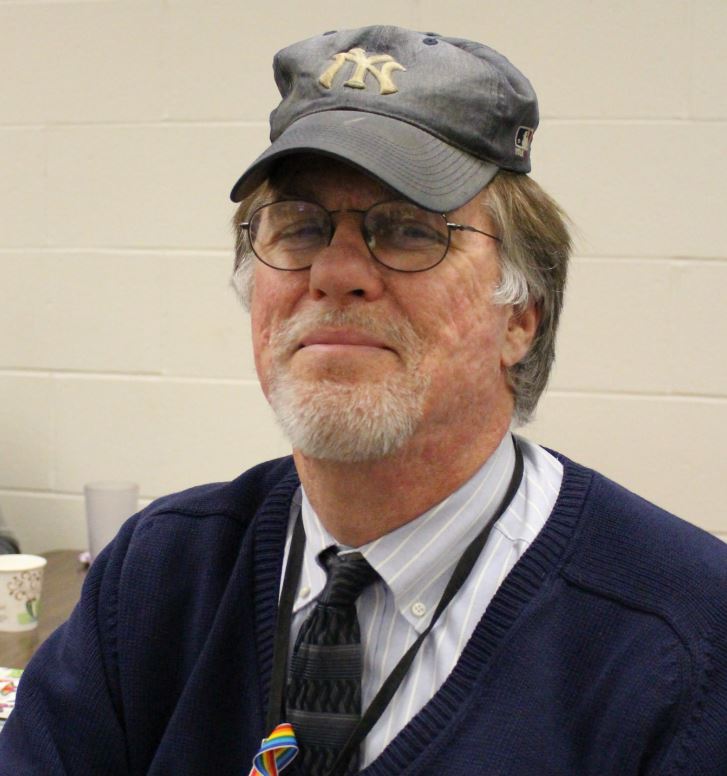 On Thursday, October 18, long-time principal Mark Jackson announced his sudden retirement. He used remaining vacation days to fill the gap between that day and November 1, his official retirement date.

Mr. Jackson dedicated 40 years to education, 26 as a high school principal, and 15 of them at ARHS. He told The Daily Hampshire Gazette, “Although the timing may seem less than ideal, I believe that with the district about to undertake several major initiatives, among them Strategic Planning, this is actually an appropriate time for me to step down. At retirement age, I feel responsible to make room for new leadership.”

Many students and staff were shocked and saddened by Mr. Jackson’s departure, but said they were relieved to have an experienced administration at the helm. They also wanted to wish Mr. Jackson well and extend thanks for his many years of inspiring and dedicated leadership.

Special education teacher Kathy Olson expressed how she appreciated Mr. Jackson’s consistent presence and “the connective routines” he had with students and staff. “He walked the halls in the morning and shook people’s hands and asked how their day was going,” she said. “I admired his thoughtfulness, the upstanding way he thought through so many challenges and then laid it out in very clear terms for people to deal with.”

Junior Jose Gerena said he appreciated his generosity. “It impacted the community of ARHS,” said Gerena. “He devoted his time to many students and made each feel like an individual, not as just another student at the school.”

Art teacher Hannah Hartl said she would “miss his ideas and progressive outlook for the future of our school. I’ll miss his humor, his hellos as I walk in the hallway. And I will miss his humorous quotes during the faculty meetings. His kindness was so big, his caring for every student.”

Junior Philly Brainin was thankful that he was such “a solid presence” in the building. “He was a constant figure who was almost always very approachable,” said Brainin.

Junior Judah Katz called him a “fly guy” and senior Devin Dixon said he loved that he always came to sports games. “I appreciated how involved he was in our school and how he took his job very seriously,” said Dixon.

Special education teacher Patricia Taylor was grateful for “his care, commitment, and integrity,” and that he “spent every summer thinking about how to improve things for staff and students.” She also said that he was “a crusader for the rights of all students.”

English Department Head Sara Barber-Just said Mr. Jackson cared deeply about social justice. “He was open to difficult conversations. He encouraged whole-school dialogue about about consent, Charlottesville, and the #metoo movement,” she said. “He supported students’ political expression, giving them the space to find their voices.”

Science teacher Michael Cardozo will miss his passion. “When we had meetings he always helped me think about something in a new way,” he said. Mr. Cardozo said he has worked with several principals at other schools but he “had the highest respect for Mark Jackson. I found his greatest strength was his ability to keep the bigger picture in mind and kept a firm grip on philosophy and other things.”

Dance teacher Tracy Vernon said she will miss Mr. Jackson’s “great way” of talking about education. “He was always learning, always pushing himself to be a better principal,” Ms. Vernon said. She added that he always fought to defend programs from cuts, especially visual and performing arts.

Junior Daniel Block said he liked Mr. Jackson’s PowerPoints. “They were always really funny and entertaining,” he said. “And he had commitment to the kids at ARHS.” Block’s twin JJ said, “Mr. Jackson had a very positive influence on our community. He really made it possible for a lot of students to succeed after high school.”

Library paraeducator Annie Figliola gave a nod to “his leadership abilities, combined with his warmth, deep caring, and connection with students.”

Health and PE teacher Elizabeth Haygood appreciated that “he was always fair to me,  even when I didn’t agree with the outcome of something. He at least took my point of view into consideration.”

She misses “him stopping by the classroom to say hi,” or “shooting baskets” with PE students.

English teacher Matthew Despres said  he didn’t work with Mr. Jackson for long, but “he not only seemed to care about hiring good teachers, but also about the teachers’ well-being and happiness. He was genuinely interested in what I was doing in my classroom, and also asked about how I was doing as a person,  at home, with my family.”

Junior Henry Foster said that Mr. Jackson “radiated positivity” toward the staff and students” and that he loved his morning announcements. “Those were nice,” said Foster.

Senior Souljah Ferreira agreed. When asked what he would miss, he said, “How he be talking on the intercom and getting dunked during Community Day.” Ferreira noted that Mr. Jackson “really cared a lot”  for all the kids in the school.

Senior Bridgette Hasbrouck recalled that Mr. Jackson told her eighth grade class that ”he’d be there to shake everyone’s hands at high school graduation. It was something I didn’t think I’d have to miss out on.”

Senior Cami Henry and many others said the little things went a long way. “He was always really nice in the hallway,” she said, “He always said hello.”

Junior Ethan Howard said, “I will miss his deep soothing voice. And I appreciated that he would make an effort to say hi to a lot of students, including me, in the hallway.” Junior Malina Kern also gave a shout out to “how he was very involved in students’ lives.”

English teacher Kate Kuhn praised his “strong and steady leadership,” the support he provided to her as a new teacher in the district,” and “his focus on the intersection of rigor and access.”

Over and over, staff recounted his unshakability as a leader.

“I miss his carefully considered leadership and decisions,” said math teacher Bill Blatner. “I miss the conversations we had about education and learning. I miss his announcements where his voice would shake the classroom.”

Mr. Blatner described him as “absolutely dedicated. Everytime he had made a decision, whether you agreed with it or not, you knew he thought really hard about it, did his homework. He did not operate in a vacuum. He talked to people and knew what everybody was going through. He was a model of how a leader should behave.”