Birkenstocks: not just for the hippies 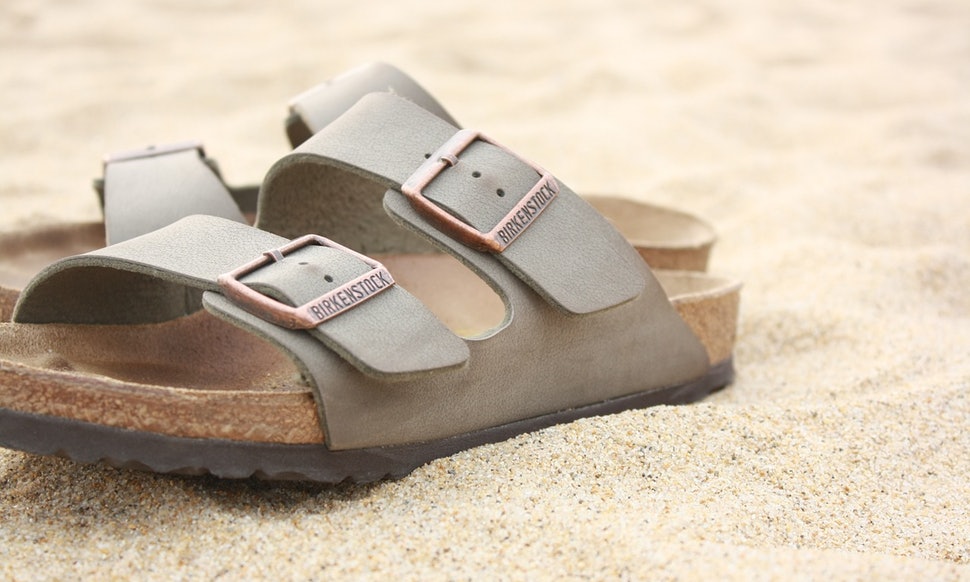 The Birkenstock brand traces its roots to Johann Adam Birkenstock, known as a shoemaker in 1744 by local church archives, in the small village of Langen-Bergheim, Hammersbach, Germany.

The company originally started out by creating contoured insoles, with Johann Birkenstock’s great-great-grandson Konrad at the helm of the business. He sold his insoles in Frankfurt, Germany.

Seeing the great success of his insoles, in 1964, he developed the insoles into a shoe. And after World War II, the insoles were popular among soldiers returning home because of the great orthopedic support.

Hitting the United States 52 years ago in 1966, Birkenstocks have made their way back into the lives of many people all over the world.

Birkenstocks are a strappy sandal worn by both men and women, made from layers of jute fibers, and featuring a comfy corked footbed.

The Birkenstocks company is still based out of Germany, where it originated many years ago, though U.S. sales are based out of Novato, California.

The shoes are notorious for being comfortable. “They’re probably the most comfortable sandals I’ve ever worn,” said ARHS student Willa Hartl. Hartl is a long time wearer of Birkenstocks, who first got a pair because her mom, art teacher Hannah Hartl, had a pair. Ms. Hartl has had the same pair of Birkenstocks for about 30 years.

English teacher Kate Kuhn is a fan of the shoes, as well. “I like the fit, the style, the color options, the ease of just slipping my foot into something and having it be comfortable,” said Ms. Kuhn. “And I know they’re durable.”

Ms. Kuhn has been wearing Birkenstocks since her high school days. “I probably got [my first pair] in 1996,” she said. “I was in high school and I wanted them because they were comfortable and I thought they were cool.”

The price of the sandals is the only thing that may deter a buyer, with the average pair costing 100 dollars.

“They’re very expensive. I wish the price was lower. But you can have them for so long, so it’s worth it,” said Ms. Hartl.

A lot of people feel the same way Ms. Hartl does, “I mean they’re spendy but I’ll pay for comfort and fashion,” said Ms. Kuhn.

When people look at the sandals themselves the first vibe many get is a “hippie” vibe.

“I guess I thought they were for a hippie dippie lifestyle,” said Ms. Kuhn, after she first saw her uncle wear his leather strapped Birkenstocks with socks.

Jaime Hafner felt the same way. “They have a soft bed so they form to your feet and they’re super comfortable. Plus I get to look like a hippie,” she said.