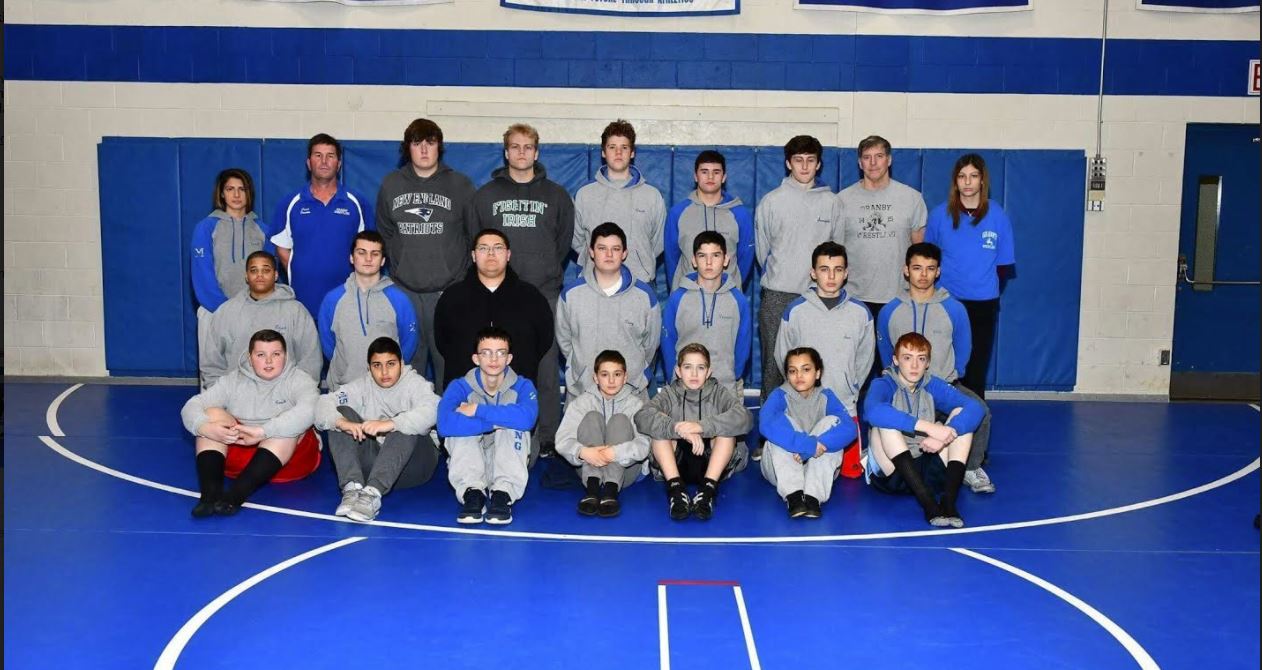 ARHS, is face to face with his opponent before a wrestling match. Sweat gathers on his palms, his heart racing fast, but his mind is calm. Although his opponent is significantly larger than him, he knows it only boils down to two things, the mentality to win and skill.

Although this is Kahan’s first season on the team, along with the many other new members, competition was a norm, whether in practices or at the five to six matches the team competed in each week.

Onlookers watched as the Amherst Granby wrestling team, the Granby Rams, huddled up before each match as they looked to each other to hype one another up. Each wanting only one thing, to win.

“Our coach wasn’t much of a motivational speaker. He expected us to work hard at practices and for it to pay off in our matches, but as captains we’d talk to our teammates if we knew they needed a reminder to work their hardest,” said Kahan.

The team this season had many new and also young wrestlers.  Despite this, their season was one of immense personal and team growth, team bonds, and hard work.

“Everyone improved a lot. It was hard but a really great season,” said Cleiton Almeida, another first year wrestling senior at ARHS.

Led by coach Joe Denet and assistant coaches, the Granby Rams finished off the season with 7 wins, 20 losses and 1 tie. This, however, did not  reflect the overall performance of the team, because although their losses outweighed their wins, with such a small team many of their weight classes were vacant and thus they had to give up a lot of points.

“A lot of the time our seventh and eighth graders had to go up against seniors, and they weren’t winning,” said Kahan.

Bonds between teammates grew throughout the season along with team pride. A prominent Granby wrestler on the team, Kyle Roe, placed fifth in Western Mass, sparking excitement amongst the whole team.

“A team highlight was probably when Kyle placed in Western Mass. It was really cool that he was fifth,” said Almeida.

However, the victories won in the name of improvement and the work ethic of each individual wrestler were the team’s greatest highlights, which truly solidified the great season the team had.