Anti-Islamophobia club open to all 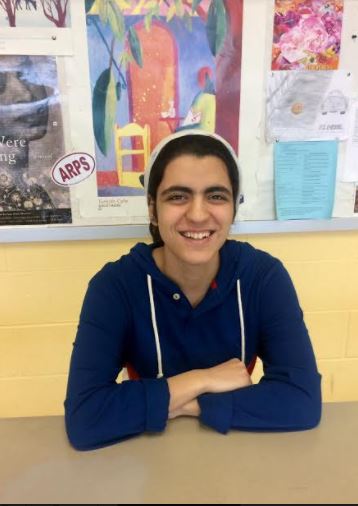 According to a 2010 ABC News and Washington Post poll, only 37 percent of Americans had a favorable opinion of Islam, partly due to biased perceptions and misrepresentations of Muslims in politics, the media, and the justice system.

The word for this? Islamophobia, also defined by Wikipedia as the “speculative, affective distrust and hostility towards Muslims, Islam, and those perceived as following the religion.”

One ARHS student is out to change all that. Junior Negar Farahbakhsh heads up the Anti-Islamophobia Campaign, and she is motivated to educate others about Islam. She said her club is “inclusive” and “anyone can join.”

Farahbakhsh’s main project right now is putting the wheels in motion to create a non-denominational prayer room at the high school.

Social Studies teacher Samantha Camera is the club advisor who has been helping Farahbakhsh identify whom to speak with or to email to make the room a reality.

Farahbakhsh has felt nothing but support from her high school teachers, she said.

“When I talk about the campaign, everyone shows positive reactions,” she said.

Many of the world’s 1.5 billion Muslims pray five times a day, in a practice called “salat” that they say brings them closer to God throughout the day.

Praying five times a day is considered the second most important of the five pillars of Islam, after admitting that they believe in one God and the Prophet Mohammed, God’s messenger.

For Farahbakhsh, who spends much of her day at ARHS, not having a set place to pray is difficult. The implementation of a prayer room would provide Muslim and non-Muslim students, and also non-religious students, a sanctuary. It could be a place to pray, a place to meditate, or just a quiet, peaceful environment to catch one’s breath.

“I would like it to be open to everyone after school,” said Farahbakhsh.

Farahbakhsh is currently the only active member of the anti-Islamophobia campaign at the moment but there have been other students and teachers involved along the way.

“She realized a lot of people had misconceptions about Islam,” said Farahbakhsh.

“Together, [we did] many things. We created a space for Muslims and non-Muslims in our school to share their thoughts and ideas about Islamophobia in the U.S. during the elections. It was a safe community for everyone during the Trump campaign. It helped us cope with the stress.”

“We also screened Little Mosque on the Prairie,” said Farahbakhsh.

The Anti-Islamophobia campaign has made subtle public appearances in the high school, like when it was able to distribute surveys in advisory for students of the school to answer, helping Farahbakhsh understand what students in ARHS think of Muslims, and how much they know about Islam.

“The campaign started with the goal of normalizing Muslims in our community,” said Farahbakhsh. “This year I am focusing more on providing Muslim students with what they might need.”

Farahbakhsh also hopes to hang up posters around the school to inform students about the club and the prayer room.

Farahbakhsh’s vision for the club’s future is that it will continue to be inclusive of all people. “Anyone. Muslims, non Muslims, anyone who wants to learn more about Islam,” she said.