Four days of music at the nation’s capital 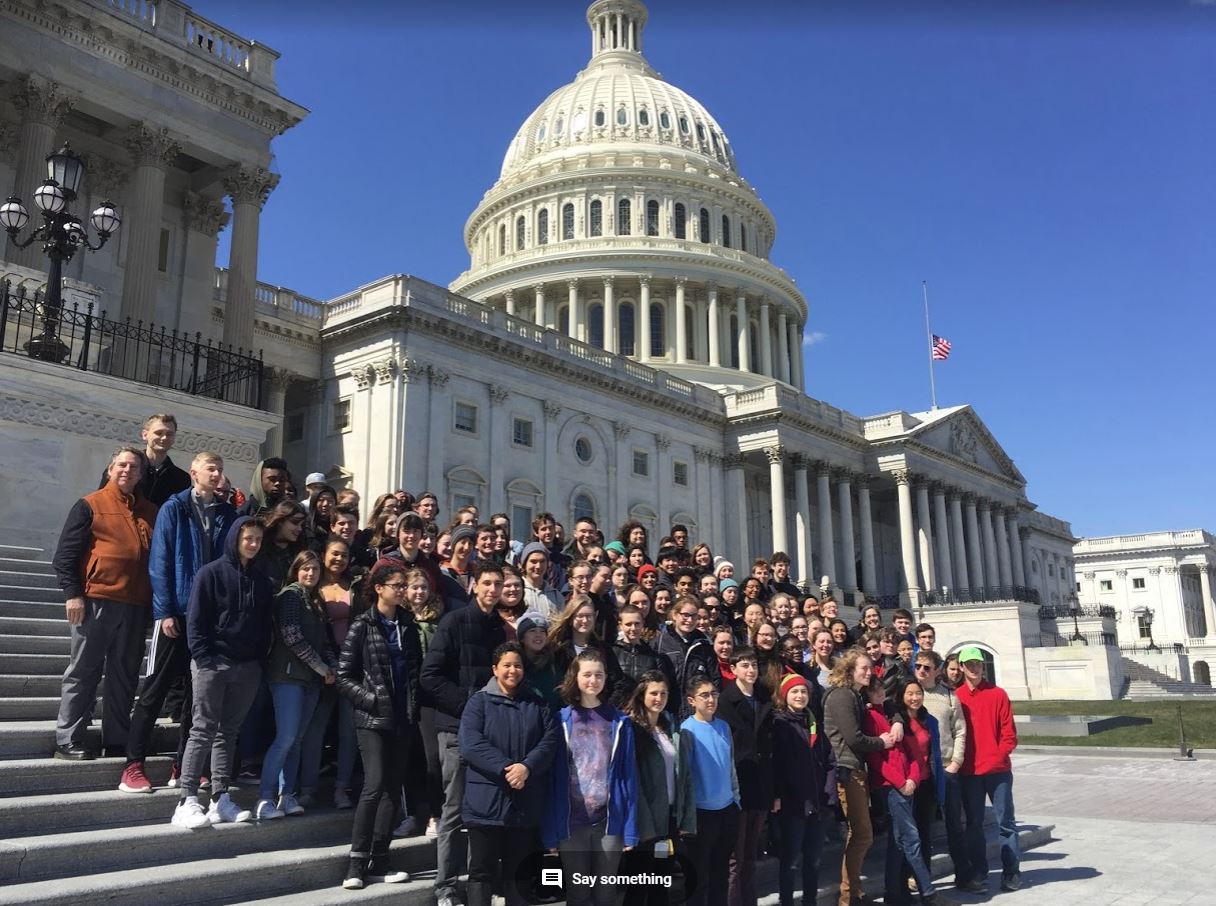 Most years, the ARHS music department takes a day trip to New York City to see a Broadway show.

This year, however, students travelled to Washington D.C. for four days of bonding, music education, and cultural experience.

“The other music teachers and I felt that [the New York trip] didn’t have as many educational and social benefits as an overnight trip,” said ARHS Choral Director Todd Fruth.

“I took several overnight trips at my previous school, to Washington D.C., New York, and San Francisco. I found each of them to be incredibly valuable,” he said. The music teachers worked with the travel company Music Travel International to organize reservations and payments.

Students attended workshops with conductors at the University of Delaware, performed for a student audience at Annandale High School, toured the national monuments and the Capitol building, and talked with Massachusetts State Representative Jim McGovern on the floor of the House Chamber.

Students were able to choose between seeing the play, Shear Madness, and hearing the National Symphony Orchestra perform Verdi’s Requiem.

“All of the music teachers spent a lot of time making sure we were doing things that were applicable to everyone and making options available, like what show we wanted to see,” said senior Julia Jemsek, a member of Hurricane Singers. “I think it gave us an opportunity to be more independent.”

Another important choice students had to make was whether they wanted to spend an afternoon in Georgetown or attend the March For Our Lives, which ended up occurring the same weekend as the trip.

“We recognize that the March is a special moment in history, so we are attempting to facilitate those who wish to participate in it,” said Mr. Fruth before the trip.

Students from all musical ensembles, including Chorus, Band, and Orchestra, were invited to go to D.C. Mr. Fruth estimates that around 60 percent of the choral department chose to go.

“These numbers are lower than what we’d like,” Mr. Fruth said. “But we’re hoping we can build on its success and increase participation in future trips, as the idea of an overnight trip becomes ingrained in the culture of the program.”

While the decision came down to, for some, a financial burden, senior Avi Randall also cited the length of the trip and social dynamics as factors in his decision not to go.

“Three days of just performing arts people could be overwhelming,” he said.

The total cost of the trip was $633 per student after fundraising had been applied. That price covered all expenses while students were away, including buses, hotel rooms, and food. “I know a few people [who did not attend] who felt that they could spend less money and go to D.C. on their own if they wanted to,” said Randall.

Students were invited to apply for a scholarship if they were unable to pay. All ensembles engaged in various fundraising efforts throughout the year.

“We were able to slightly lower the cost for all students while providing some larger, need-based scholarships,” said Mr. Fruth. “The fundraising efforts were a good start, but they could be improved in future years.”