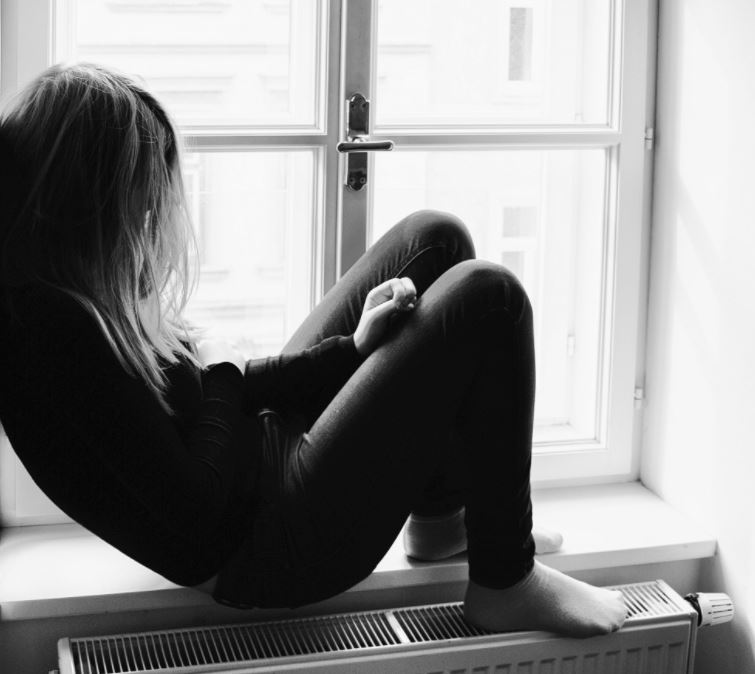 High school is supposed to be the best four years of your life. After all, you’re discovering who you truly are, defining who will look back at you in the mirror. But that mirror got flipped upside down for me in the spring of my freshman year.

The walls were butter yellow but still an intangible kind of cold. Chills ran down my arms but the overwhelming waves of antiseptic numbed my senses. I drifted in and out of consciousness, aware of my surroundings, but bathing in the simplicity of sleep. With my eyes closed, the weight lifted from my shoulders momentarily. The past months had been filled with never-ending doctors visits and the halls of high school had never felt more foreign. Peers bombarded me with questions, curious but wary. “Are you better yet?” they would ask, a question formed with good intent but simply reminding me of how differently they perceived me.

Propped up by pillows and sipping on ginger ale, I began reviewing for my World Civilizations test on ancient Rome. It was always like this, bringing school work with me on overnight visits to Baystate. Soon I was covering up my thinning head of hair, distracted by something that felt far too big for a  15 year-old to handle. This hopeless feeling began to consume me, eating away at any motivation I may have been able to muster. How could I go to school when I felt anything but normal?

One in five children under 18 in the United States has a chronic illness, defined here as a health condition that lasts anywhere from three months to a lifetime. These illnesses can have a real impact on student performance, contributing to behavioral problems, academic difficulties, and especially school absenteeism.

The majority of students return to the classroom with minimal education accommodations and thus have a difficulty meeting curriculum requirements. Trying to play “catch up” while balancing medical difficulties greatly increases a student’s academic anxiety.

One student at ARHS, who asked to remain anonymous, explained that she usually misses school for “at least one day  a week and sometimes more than that.” When she was first diagnosed, she missed a two consecutive weeks. When it comes to balancing her medical issues with the stress of school, the student said that it gets tricky because one of her main triggers for her condition is stress. “I have to take everything one step at a time and remember to keep doing that because if I don’t I could end up in the hospital again,” she said. The parents of another chronically ill student at ARHS said that when she was first diagnosed in 2015, she “must have missed a week of school and then at least a day a week for follow up after that until the end of the year.”

Certain medical treatments, though they are designed to help alleviate certain symptoms, can affect academic functioning by causing drowsiness, fatigue, nausea, and irritability. The student said that “my  medication does have side effects so it does make me super tired or super anxious. Sometimes my symptoms are so painful I just can’t focus on anything else, especially school.”

Students are frequently concerned about their physical appearance, citing hair loss, amputations, and ambulatory devices that lead to school phobia. Many are worried that their peers may be afraid to associate with someone who is different.

In a school environment, students can be ignored by their peers, questioned excessively, and on occasion even verbally abused. The student said that “there are other students that call you out for being out of school for so long in front of the entire class saying “why were you out of school for so long” or “I see you’re skipping class.” However, since school is one of the only places where students with chronic illnesses are viewed as people rather than patients, the inability to attend school may lead to a decreased self esteem and feelings of hopelessness and helplessness about the future.

Students with chronic illnesses tend to have unique educational needs that require close collaboration. Educators should be aware of and have a plan for the social support of their students with chronic illnesses. Increased knowledge of the student’s illness and teacher support are very important. It is critical that the school has an understanding and an access to a wide range of information in order to best support the student. A lack of communication or coordination can be very harmful to a student’s wellbeing and education.

The attendance policy at ARHS allows a total of nine absences per class before a loss of credit in the course. The student said that these policies don’t support what she needs as a student with a chronic illness. She said, “if you have a medical issue, you don’t know how many days it can keep you out of school, and it feels like often times the administration is saying ‘come to school unless you’re vomiting up blood, and that school is the most important thing. If you play sports, your coaches will get really upset with you. I missed two weeks at the beginning of the school year and my coach took that into account when placing me on a certain team this winter.”

When dealing with the school, the parents of the chronically-ill student said that one of their biggest concerns was “weighing getting credit for classes against her being able to get enough rest and support to do the learning that she could do without being penalized for taking time off to get treatment.” As long as their child had the energy and interest in trying to do the work and keep up, they supported her in trying to do just that. “It felt complex because we felt that at this point her health was the most important thing. If she didn’t have her health she wasn’t going to get anywhere in her education, so that’s where we put most of our focus.”

While it is the school’s legal responsibility under federal law to provide chronically-ill children with the resources they need to progress through their education, the student said that “a lot of parents have a hard time trying to communicate with the school because they’re not completely adept to what the rules are and what the attendance policy is. It’s really difficult for students because on one end they’re hearing that they have to go to school or have an attendance hearing while on the other their parents are saying that it should be fine if their illness prohibits them from attending school.”

In order to develop a 504 Plan or IEP, the parent or guardian must provide the school with necessary information about the child’s problems, special needs, and current treatment and medications. Documentation of the chronic condition from a healthcare provider informs the school and district on how the illness may interfere with their education. However, as the student pointed out, “getting IEPs and 504s is such a long process and there are some parents that just don’t have time for that. These parents are already worried about whether their child is going to be in the hospital or not.” The advocating part takes a lot of time and energy on the part of the parent, especially making the arrangements to get back and forth to the hospital.

Moving forward, “the policy needs to be written and the guidelines created in such a way that they’re supporting the student, not punishing them. The school should assume that the student wants to do well and at the same time understand that because they have a chronic illness they may need to miss more time and that may mean that sometimes it will take them longer to complete a course but it’s not that they’re purposely trying to not be there to learn.