Students jumpstart their early mornings with coffee and tea 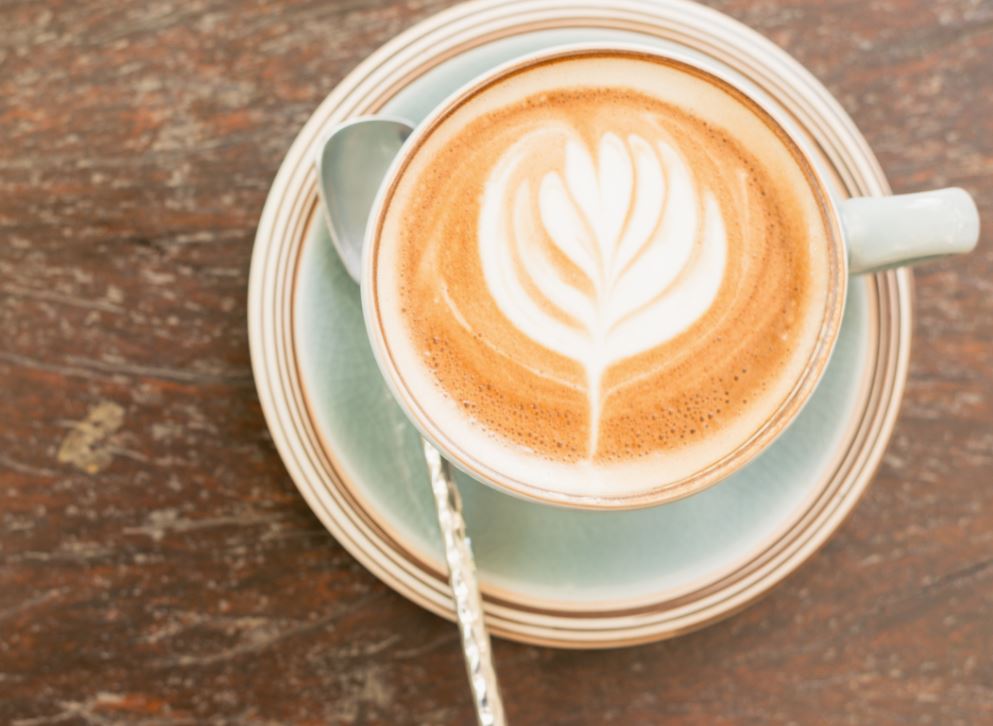 Getting up for school in the morning is a struggle, especially after a weekend of sleeping in.

Many teens, like myself, struggle to make their way out the door early in the morning. To ease the pain of the weekday mornings, many turn to caffeinated drinks. The students I spoke with drank a range of caffeinated beverages, but tea and coffee, unsurprisingly, took the top prizes.

Carlyn O’Leary, a senior, has a warm cup of coffee to start her morning ritual.

“I like it better when someone makes it for me,” she said, “but when I make it myself I can add the exact amount of sugar that I want.” Not only does O’Leary hit the java in the morning, but she said that she sometimes drinks coffee at night. “It helps me stay awake doing my homework,” she said.

She also said some mornings when she doesn’t have time to make coffee, she is noticeably more tired throughout the rest of the day.

Coffee has a much higher caffeine content than tea; it’s more than double depending on the kind.

Although drinking a few cups of coffee per day is healthy, adding extra cream and sugar should be avoided. Also, teens should limit their consumption since they aren’t fully developed, and they may miss out on essential vitamins and minerals when they substitute a glass of juice or milk for a cup of coffee. A mellower alternative to coffee is tea. It’s also rich in antioxidants and is a lot less dehydrating.

Senior Clayton Fosterweber is one of the many tea-addicts at ARHS. He started drinking tea regularly at the start of his senior year. “I used to drink coffee, but the caffeine was too much,” said Fosterweber.

He usually drinks a cup of tea in the morning, and another when he gets home from school.

He also pointed out that many teachers have tea supplied for their students to drink throughout the day.

Another senior, Fiona Rogers, also drinks tea throughout her day. “It warms me up and keeps me caffeinated,” she said. Rogers’ father is English, so she grew up with parents who drank a lot of tea. “We probably make three or four pots per day,” Rogers said.

She didn’t drink tea as a kid, but she started in middle school. Her main reason was that it was nice to have on the bus on the way to school in the morning. Now that she’s a senior, a cup of tea gets her through her classes.

I’ve heard plenty of times in my childhood that coffee is harmful to growing people, and it may “stunt your growth.” As it turns out, this is a myth.

Many doctors even recommend two to three cups of coffee of tea per day for health benefits, which include adding more essential nutrients to your diet, and even boosting your metabolic rate by 3-11 percent.

Drinking two to three cups of coffee per day also lowers your risk of many harmful diseases like dementia and type II diabetes, one study said. Coffee is also named the number one source of antioxidants in the American diet.

Tea is the second most consumed beverage behind water in the world. Tea has been proven to lower the risk of getting many different cancers because of its health benefits. Green tea is considered the most healthy.

Caffeine is the most popularly consumed drug in the world. Although drinking coffee or any type of caffeinated drink in excess is harmful, a few cups a day is beneficial to one’s health.