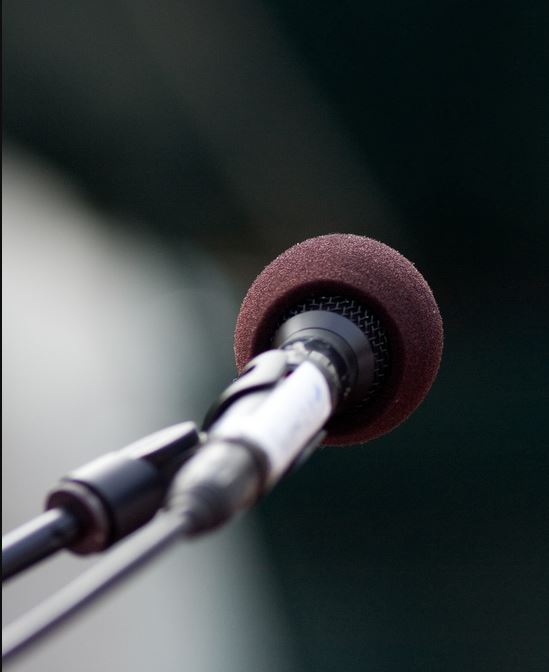 People fear public speaking as much as they fear spiders, death, and high heights. Many would go to great lengths to avoid experiencing anxiety related to public performances of any kind.

When rated on a scale of a “little nervous fear” to an “incapacitating fear,” the more dread one feels increases the likelihood of experiencing symptoms like shaking, sweating, butterflies in the stomach, dry mouth, rapid heartbeat, and a squeaky voice.

Given my own fear of public speaking, I was interested in checking in with other ARHS students who share my dislike for class presentations and oral communication.

Eunice Yu, a junior, said that though she she is quiet and shy in school, she uses techniques to calm herself down when faced with a public performance of any kind. “I breathe and say ‘I can do it.’ I give myself encouragement,” she said.

One of the hardest things for her is “starting” a presentation. “Everybody’s eyes are on you,” she said. “I get nervous when people are looking at me. Once I start, it flows, though.”  Out of nervousness, she admitted talking faster than usual and fidgeting a lot during presentations.

“When the class is small or when I have friends I’m comfortable with, it’s easier,” Yu said.

She dislikes when the prompt has to do with her opinion. “Even though there is no right or wrong answer, I feel like people can be more judgmental when I am talking about myself than when I am speaking about a book or a specific question,” she added.

During elementary school, Yu said there was a sixth grade play and regular show and tell sessions. Then, she said, “I was more excited than nervous.”

However, once when she started middle school, “I began to think more about what my peers thought about me,” Yu admitted.

“Being nervous to speak in class feels like anxiety,” she said. “Sometimes, when there are a lot of people or when it’s serious, my hands become sweaty and other times, I forget to breathe, which results in dizziness.”

The most comfortable class she had was in middle school. “I had a class of seven people and I got close to every one of them. It made me feel super comfortable to talk. The teacher was very open so it was very [safe],” said Yu.

The hardest was English class because there were “a lot of people that I didn’t talk to” which “made me very nervous to talk in class,” she said. Yu said she is always prepared for class due to this nervousness. “I also go over my work many times to make sure that there are no errors,” she said.

I personally can’t imagine ever getting rid of my fear of public speaking, but there are ways to lessen it.

Carlos Ayala, a junior, said though he “never feels comfortable presenting in front of the class” that he prepares by telling himself “I’m going to do good” and having “positive vibes.”

One of the hardest things for him is the thought that “people are judging you,” he said.

He agreed with Yu that personal speeches or performances are the hardest. “The ones that talk about me [are the worst.] It’s hard to talk about yourself,” he said. “It goes back to the thought of people judging you.”Once a presentation is over, Yu said, “It feels good to just be done with it. The biggest problems are starting it and overthinking it.”

In the article “Eleven ways to overcome your fear of public speaking,” Bruna Martinuzzi the President and Founder, Clarion Enterprises Ltd., pulled together advice from lots of writers and business people. One, Jerry Weissman, advised treating “every presentation as a series of person-to-person conversations” rather than a speech.

“The more you remind yourself of this, the more you can shift your focus away from the fear-inducing thought that you are required to perform,” he said.

“Fear is excitement without the breath,” he said.