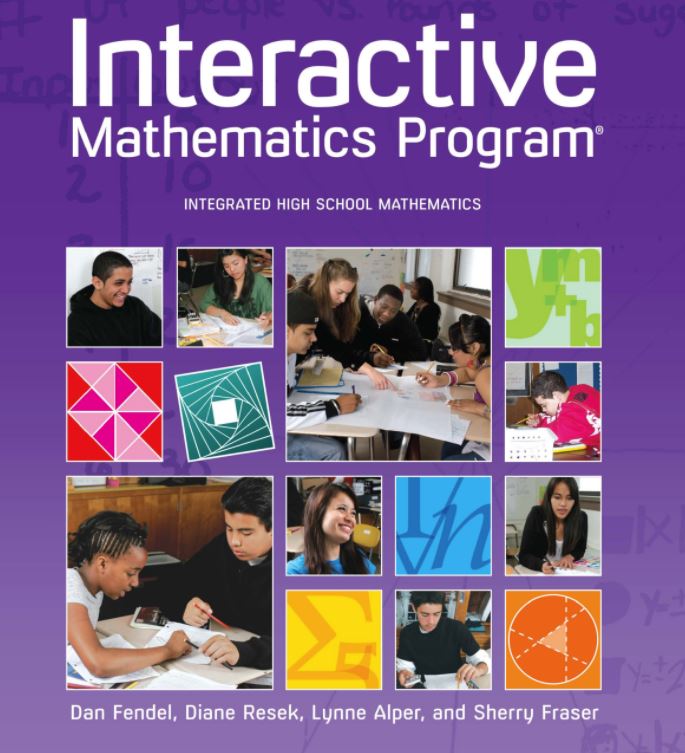 At the end of October, my Journalistic Writing teacher told us that we would soon be working on opinion pieces for The Graphic.

My first thought was, “Perfect: an opportunity for me to express my frustration with IMP, ARHS’s newly-required Integrated Math Program.”

So I wrote an editorial about IMP. Truthfully, it sounded more like an angry letter from a parent, and it was never published.

Shortly afterward, I realized it might have been a good idea to check in with my classmates to make sure they all agreed with me.

I made a poll on Facebook and waited. In the next few hours the range of comments and votes that came in was controversial enough to force me to rethink my whole story.

Now, one month later, I have rewritten the story as a feature and approached the topic from a different angle.

The class of 2019 at ARHS, my class, is the first class required to take the Integrated Math Program (IMP) as their math class. IMP is a program intended to improve the way students learn math.

“The main goal of IMP is to provide all students opportunities to develop deep conceptual understanding and procedural fluency through the application of mathematics to real-world problems,” wrote Geoff Friedman, my IMP teacher, in an email.

A program like that seems like a significant improvement to the basic “be taught and then practice” approach to teaching math, right?

Jane Mudie, the math department head at ARHS thinks so.

“There are three prongs to learning math,” she said. “Understanding the math, applying the concepts to real world problems, and procedural fluency. And IMP tries to focus on all three prongs equally.”

Ms. Mudie said that the old math program focused mostly on procedural fluency and did not incorporate applying the concepts and understanding the math as well.

Nevertheless, IMP, the solution to those problems, still has a lot of critics.

In fact, 49 of the 59 students polled on Facebook had a problem with the program, mostly with its execution rather than the philosophy behind it.

Many people said that IMP did not sufficiently  prepare them for the SATs. “My math teacher actually told us that SAT prep was on us, and what we do in math class is for us to understand the math that we are learning,” said Olivia Hite. “I feel like it should be the reverse, where school prepares us for the tests that this system forces us to take [to get into good colleges].”

Some students took issue with not naming concepts clearly.

“In IMP, we don’t get to use the actual names of the concepts that often,” wrote junior Negar Farahbakhsh.

“Instead we use the terms that only we understand and are related to only the unit problems. If someone asks me what I’m learning in math, I don’t know what to say, and I have to explain the whole unit problem.”

The pace of IMP was another issue for some students. “I think that if we didn’t spend quite as much time reading the word problems and debating semantics in class, we would be able to learn a whole unit’s worth of math in about a week,” said Zach Riley, a junior at the high school. “Last year, almost every day, there was enough time in class to do the classwork and homework; my class also finished some of the units earlier than expected.”

While IMP was deemed problematic by some students, others appreciated it.

“I think IMP is a good curriculum because it prepares you for real life, presenting big overarching problems and then giving you the skills to solve them,” said Jamie Simonson.

Farahbakhsh said that she while she thought IMP telling students the names for concepts could be helpful, for the most part she “enjoyed having IMP as her math class.”

Ms. Mudie said the math department always feels like they “are improving” and that they regularly meet to “talk about the math classes and plan them together.”

She admitted that IMP is not a perfect program but said the math teachers want to make it work for as many students as possible.

“It’s helpful to have this kind of feedback,” Ms. Mudie stated, referring to the Facebook poll.