Lili’s Restaurant: where the chefs eat 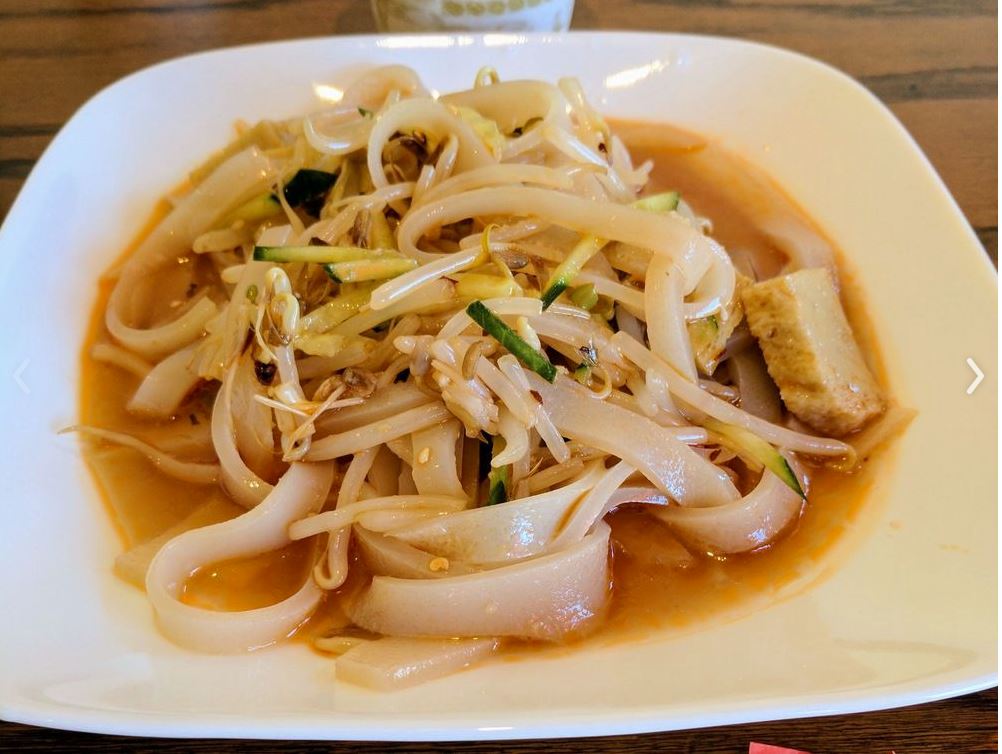 The unassuming small brick storefront of Lili’s Restaurant in downtown Amherst is sandwiched between the neighboring The Toy Box and Amherst Optical and could easily go unnoticed.

The interior is just as modest. The glass doors provide the only noticeable light.

The dining room is small, slightly larger than the kitchen where the owner entertains guests between conversations, as she swiftly tears the dough into thick threads of noodles.

When I arrived at 11:20 a.m., just after opening hours, one woman was eating alone. I glanced around uneasily, not sure how to order.

Soon Lili, the owner and chef, appeared from the back kitchen and greeted me warmly. I was directed to the menu posted on a black billboard.

Ten dishes in total are served on the menu. Half of the dishes contain noodles and the menu offers both ubiquitous Chinese restaurant dishes like fried rice, chicken with hot pepper, and stewed pork noodles, and more nuanced options.

For example, the pork dumplings are made either with leeks or Napa cabbage. The Chinese hamburger, which didn’t strike me as the most appealing and authentic dish, surprised me and quickly became one of my favorites.

I ate lunch with my friend Liam Felton, a junior at ARHS.

“The noodles were the best, homemade and hand-pulled at the restaurant every day,” he said. “They are thick and flavorful, compared to noodles that might rely heavily on the sauce they’re cooked with. Plus, it was an environment that you couldn’t find anywhere else, with the feeling of a friend’s mother cooking the meals.”

Cooking has played a central role throughout Lili’s life. She has been in the restaurant business for 15 years, three of which she spent at Amherst Chinese.

She also worked at the UMass Dining Commons. However, Lili was eager to start her own business.

She grew up in the Xi’an region of northwest China, where she learned to cook at home. Lili learned from the best. “My grandmother taught me how to cook dumplings,” she said.

Now that she has her own shop, where she brings these delights to Amherst eaters, she reports that business is doing well.

When she first opened, most of her customers were Chinese. “Now we have more Americans,” she said.

Lili’s is the number one-ranked restaurant in Amherst on Yelp, boasting a rare five stars.

Reviewer “David T.” of South Hadley, Massachusetts, said he is in the food service industry and that “hand pulled noodles of this quality are only found in big cities like New York.”

Nate C. of Waterville, Maine praised the menu’s simplicity and noted that “vegans can partake as well.”

“They are a simple, no frills establishment with only a handful of menu items. But everything on the menu is fresh and lovingly made by Lili, “ he said. “It’s a real treat.”