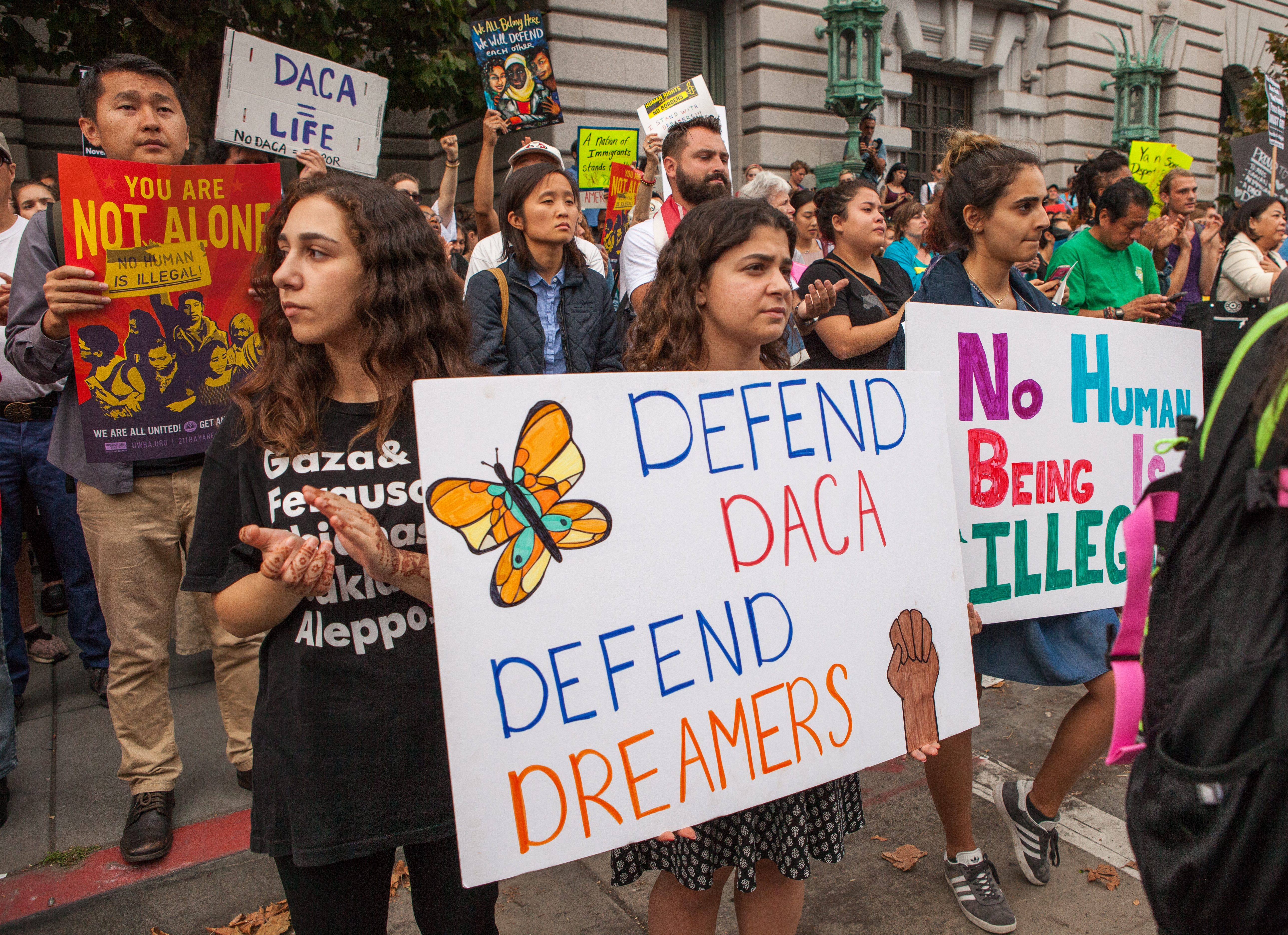 November 2012 was a great time for immigrant students and workers. DACA, the Deferred Action for Childhood Arrivals, was implemented under the Obama administration. DACA provides individuals with a safety net from deportation and gives them the opportunity to work authorization.

Applying for this action is frequently a rigorous process; it takes about 3 months for you to receive these benefits.

DREAMers have had a great impact on the progress of DACA. College graduation was a great motivation to push for this action through the government because it gives immigrants opportunities to complete their educations in American school system.

This rigorous process is currently applied to anyone who is under age of  31 and arrived in the US illegally while under age 16, and is physically present while applying, entered illegally before 2007 or entered legally and the visa has expired, is in high school, or has graduated with a diploma or GED.

The updated rules remove the age cap and apply to anyone who entered before 2010.

Once you file, you will get a receipt. You will then receive an appointment notice and will need to visit an Application Support Center for fingerprint service. The renewal period will then extend to three years from the current two years, everytime you renew you had to pay another $475. As of June 2016, USCIS revived a total of 844,931 initial applications.

I interviewed a DACA recipient who has held the status since 2013. He wished to remain anonymous.

He came to America when he was 10 and has been in America since he graduated from high school and now holds a job with the work authorization given to him by this program. Having DACA has helped him tremendously; now he has his drivers license, something he thought he would never receive in the US.

Another DACA recipient I interviewed, who has lived in the valley since he was young, said he doesn’t remember much of his native country; he only has come to know the U.S. as his country.

He knows how to speak Spanish but only because his parents believe that speaking more than one language is very necessary for the United States; also, if he ever does return back to his native country he will know how to speak the language fluently.

“America has always been my home since the beginning when I got here,” he said. “But I can’t do much when I’m being rejected from this country. I want to stay but I can’t do much about it. I can’t decide to be here if they don’t want me here.”

Many DACA recipients consider the US home because it’s the only country they know, and because, as this person said, it gives them opportunities they wouldn’t otherwise have.

“College is now an option for me; I can now continue on with my education if I wanted to,” he said.  “It’s late now since I have work. This came to me very quickly. I already was out of high school and didn’t plan to continue.”

It’s not hard to decide what to do after high school when you’re an illegal immigrant in the U.S.  It’s simple: you go get a job that pays you enough to support yourself. Maybe you don’t thrive but you earn enough to be stable where you live.

I asked him how it didn’t change his life.

“I still can’t say this country is for me,” he said. “I try to keep my head high and continue to work, but honestly I’m not open to everyone about my situation. I speak only to people I actually trust or consider family. To me, this doesn’t make me different from anyone else but it’s also something I like to keep private because it says a lot of who I am.”

Another roadblock for recipients is the renewal process, a big expense that is coming under some new – and very strict – guidelines.

“As of today I can’t renew it. I don’t have much to say since this process won’t be active anymore. I believe this matter should be taken more seriously since its alot of students and workers who depend on it, and congress is just taking forever to respond,” he said.

All of the DACA recipients want something more. They can’t just leave everything here and go back, when they have so much to lose.

Since the Trump administration has threatened to rescind DACA, it no longer takes in applications. Many fear losing their work authorization and having their licenses revoked.

A Federal judge in San Francisco has blocked Trump’s order, for now, but if DACA is rescinded and undocumented people stay in the States, they  will face the threat of deportation.

The future of DACA is still unknown. Right now, many immigrants have been asked to prepare for deportation and start looking for a way out of the U.S.