By Andrea Morehouse and Sam Brainin 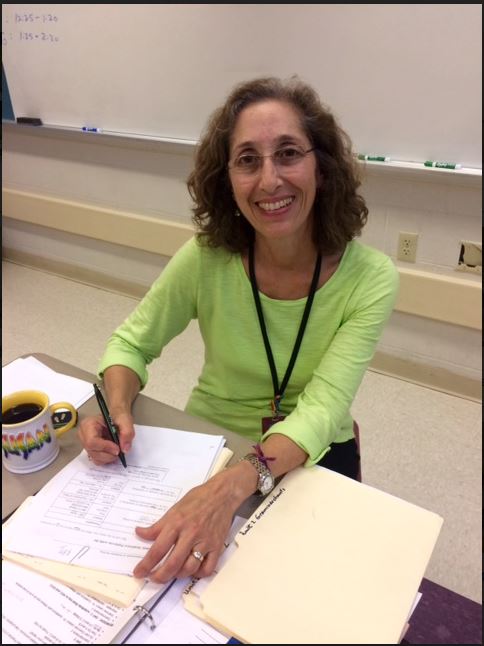 During the end of junior year or by the start of senior year, most ARHS students have begun the college application process. It is long and complicated, its stress amplified for students whose first language is not English.

Seventeen students, all seniors, were invited to the first series of classes, called Step-by-Step to College. The course contains vital information about the college application process and scholarship applications. There are also opportunities to practice essay writing. Six classes will be held from September 26 to March 13. Each class takes up two periods of the school day.

“The goal is to support former and current ELL students in making a plan for after high school,” said Ms. Abdow. For those who do not speak English fluently or have parents who did not attend school in the United States, the American education system can be extremely confusing.

“We’re trying to get away from the intimidation of this process. Our goal is to eventually expand this program to first-generation college students whose parents do not have a four year degree,” said Ms. Ross.

“In the past, ELL students have been on the sidelines of this process and wanted to jump in but don’t know how or what to do,” said Ms. Abdow.

The class is constructed in a step-by-step manner. “We can give personalized information to kids in a way that they can understand it,” said Ms. Ross. During a few of the classes, there will be special guests who come and discuss financial aid and their own personal experiences with the process.

“Most of them don’t have people at home that they can ask for help,” said Ms. Ross. “Kids came in often asking the same questions, and we felt if we were proactive about it, they would feel confident that they could get all their application work handled in a specific setting.”

Ms. Ross noted that it’s not ideal to pull students from class, but “after school, people won’t come because they have jobs, clubs and athletics. We figured out how to make the schedule so that we pull students from different classes each time.”

Marco Soares Delgado is one of the 17 seniors enrolled in the class. Born in Cape Verde, he came to America when he was 16 years old. He is looking to go to college after high school and then, possibly to be a teacher to immigrants himself.

Delgado is like most ELLs from Amherst, about 80-90 percent of whom seek a college education after graduating from ARHS.

Ms. Abdow said the class even brought in inspirational visitors who are former ELLs who have experienced success in college. One was an HCC graduate who attended Amherst schools. “Her story is amazing,” said Ms. Abdow. “She worked full time and went to school part time for four years.” Now she’s headed to a great school to finish her undergraduate education and hopes to go to law school.

Sometimes, the obstacles for ELLs are about citizenship or finances. “Some ELLs are undocumented so they don’t have citizenship or a green card. That means they don’t qualify for financial aid through the government or in state tuition in Mass.,” said Ms. Abdow. “They have to pay for community college.”

However, she said that Holyoke Community College offers scholarships to support undocumented students. Many transfer to Amherst College, Smith, or other local institutions after earning their associate’s degree at a community college. Ms. Abdow also said that universities with big endowments are often willing to financially and academically support ELLs in finishing their undergraduate degree.

“Learning about all of these options in class rather than through word of mouth has really helped students to see all the possibilities for their futures and educations,” said Ms. Abdow.