If you haven’t watched Game of Thrones, you’re missing out 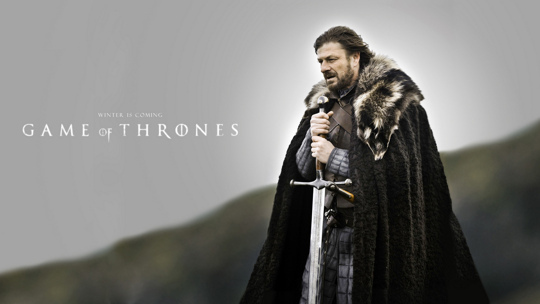 If you haven’t heard of Game of Thrones, you are missing out. This TV series on HBO is based off of the epic fantasy novel series by George R.R. Martin called A Song of Ice and Fire, known for its willingness to kill off any character that it wants at any time.

The first book in the series is called Game of Thrones and the show creators just ran with that. There are currently six seasons out, with the seventh being released July 16, and the eighth and final season sometime next year.

The show is set on an unnamed planet with few continents known to fans. However, the main and far most important one is Westeros. Westeros is a large vertically long continent that has seven kingdoms all ruled by one king who sits upon “the Iron Throne.” The North is cold year round and the South doesn’t have to worry much about winter but the seasons last for years and end unpredictably.

Westeros was ruled by the Targaryen Dynasty for 300 years until there was eventually a rebellion that led to a new king, Robert Baratheon. The show takes place roughly 14 years after the rebellion. The show basically has three main stories all intertwined to create this Song of Ice and Fire, the first one being the main idea that kings all strive to sit on the Iron Throne, causing chaos.

The second is about a 700 foot wall that stands at the northernmost point of the seven kingdoms separating them from wildlings, humans living north of the Wall, and the creatures that live beyond. The men who guard the Wall are part of the Night’s Watch, a military order where you join for life. However, many are forced into it rather than die for crimes they committed.

The final main story is about Daenerys Targaryen, the daughter of the final Targaryen king, who was sent as a baby across the Narrow Sea with her brother to Essos, a continent as wide as Westeros is long. She grows up with only one mission, to reclaim the Iron Throne and the seven kingdoms stolen from her family.

The show starts off focusing mainly on the family that rules the North, the Starks. Eddard Stark played by Sean Bean, is warden of the North and best friends to the king, Robert Baratheon. He is married to Catelyn Tully and has six children, Robb, Sansa, Arya, Brandon, and Rickon Stark along with one bastard named Jon Snow played by Kit Harington.

Jon Snow travels to the Wall to protect and serve the seven kingdoms and that main story is carried out through him, the rest of the family disperses after the show unravels into chaos before the first episode even ends.

Amherst High School has some loyal watchers among its staff and student body. Senior Dante Citino is fully caught up on the show and said that Jon Snow is his favorite character.

“He is the coolest character who has survived every season,” he said. Citino rated his own excitement for the new season as a 10 out of 10.

Citino loves the show for many reasons. “The acting is very good, the characters are amazing, every episode is exciting, and you never know what will happen next or who will die,” he said.

He recalled that season 1 episode 9, kicks-off the mayhem when Joffrey orders that Ned Stark be beheaded. Citino said he really liked the show through season 1, “but when Ned Stark died was when I realized that anything could happen. That’s when I started loving it.”

George R.R. Martin has already stated that the show will have a bittersweet ending and Citino is one fan that is really invested in that idea. He feels that kind of ending would make perfect sense because “bad stuff” has to happen.

“It’s not the kind of show where everyone lives happily ever after,” he said.

Senior Seth Bella-Hunter is about half way through the series right now. He just started season three and he already has a lot to say.  “I like it a lot,” he said. “The plot is crazy, there’s a lot of action, and I find it funny as well.”

Bella-Hunter’s favorite character is Tyrion Lannister, the imp played by little person Peter Dinklage. “He is really entertaining, smart and funny,” he said. Tyrion finds himself in a lot of sticky situations and he proved to be possibly the smartest man in all of Westeros.

Though Bella-Hunter has two and a half seasons left, he does plan on being fully caught up when the new season comes out on July 16.

Bella-Hunter admitted that he would not have pegged himself as a Game of Thrones fan and was pleasantly surprised to find out he loves the show. “I hate medieval, fantasy shows and movies but there’s something great about Game of Thrones.”

Bella-Hunter first watched it because his friends encouraged him to. “They have watched it and have told me to watch it so I gave it a shot,” he said.