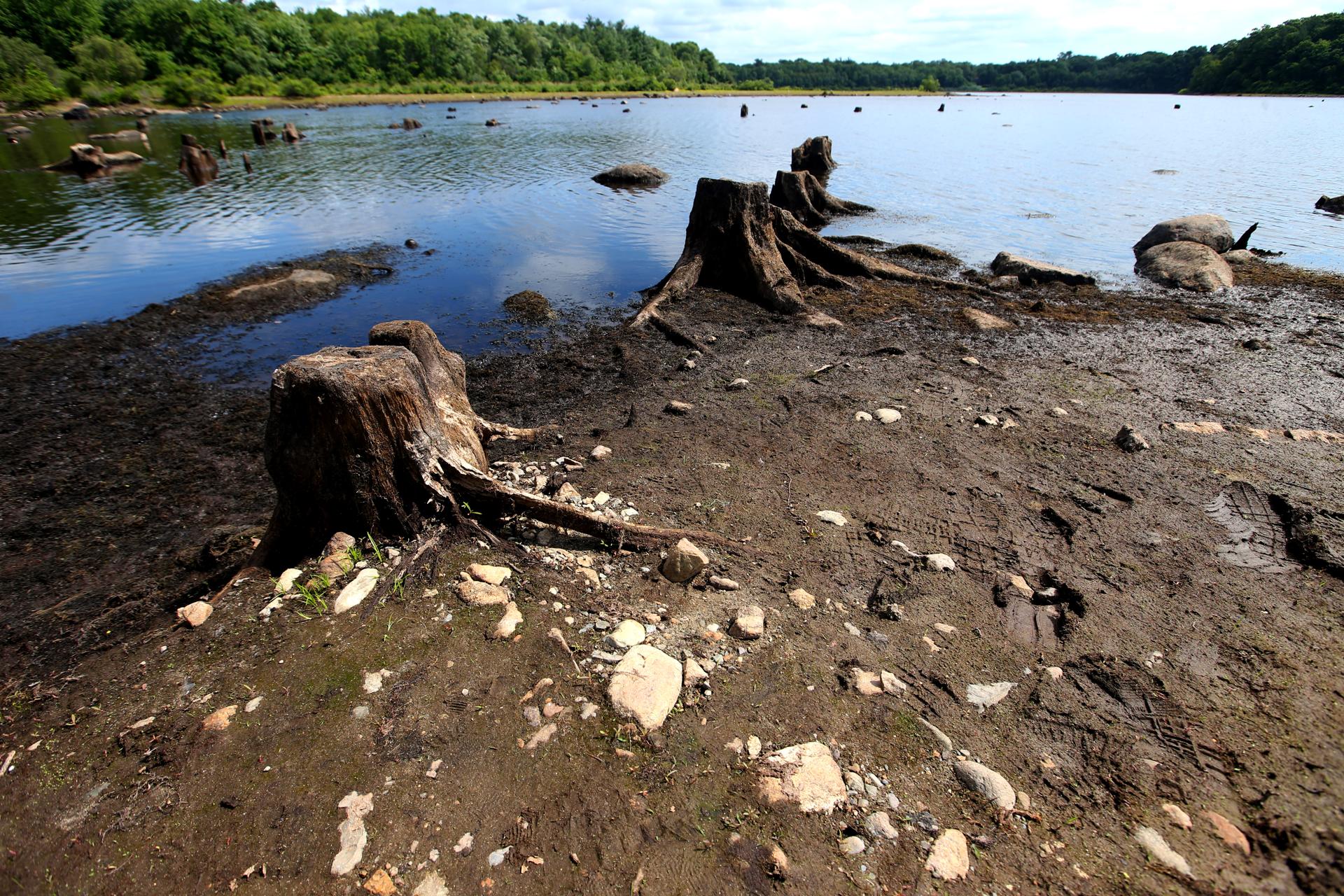 The Scituate Reservoir in Mass. was half full this summer.Photo: Jonathan Wiggs

Usually Amherst has a good amount of water, but since the summer was very sunny and there wasn’t much rain, a severe drought began to affect our community.

Though the water ban was lifted on December 19, it never hurts to conserve water.

Residents should generally use less water because of the recent effects of severe drought.

Did you know this area had the driest summer since 1956? Mandatory water restrictions eventually helped, but it became clear that we are using resources beyond our means.

Saving water is a smart idea for the community because there could be less water in the future if we don’t conserve it now.

There are many ways to save water. For example, ARHS didn’t use the water dunk tank for the Community Kick off Day.

There could probably be some water recycling, like saving water in big plastic gallons or glass jars for future use.

People should also turn off the sink when brushing their teeth and washing dishes to prevent waste.

In the summer, watering the grass should always happen in the early morning or late in the night, and not just during water bans. Even ARHS has tried to water grass less.

Saving water also saves money. Many people won’t have to pay so much for their monthly water bills.

There should be posters available about saving water so that people are more aware. They could be placed in front of people’s houses or on the Amherst Common for added publicity.

Water restrictions did work in the town of Amherst and usage has dropped since they were put into place.

But why not keep it up all year?

Enough snow in the winter can reduce chances of a drought, but so can great water habits all year long.